January’s round-up of EPs comes a little late owing to all our recent hacking misery, but from of Montreal to Oma Nata, these eight greats were worth waiting for…

The Bandcamp blurb that runs alongside this dreamy release is all in Russian, but from what I can deduce from Google Translate, Here takes us on a trip ‘from affirmative thoughtfulness «Here Now», through emotion almost maternal ode dedicated Onega, to finally worn out hair gusty «The Animal» wind’. I love a well-used hair gusty (don’t judge) so that’s me on board straight away.

What I can confirm is that Aarrü are a synth-caressing duo from Karelia in northern Russia, and they have a real talent for constructing spacious, glacial soundscapes. Opener ‘Here Now’ is a case in point, a graceful study in restrained minimalism that sees singer Nata Rudman imploring, ‘don’t go to bed’. Ironically, if you were in bed it’d probably be the perfect song to drift off to.

‘Onego’ ups the tempo a little, with the trip-hop opening gently drifting into subtly insistent lo-fi rhythms, progressing into a twelve-minute epic that few would have the skill or ambition to pull off. ‘Paradox Vox’ is even better, Rudman producing a performance worthy of Beth Gibbons while producer Cadeu gradually amps up the drama. Spellbinding stuff. Add in the chilly chanting of ‘XV’ and the dark, faltering heartbeat of ‘The Animal’ and you have some curious new form of electro-pop, where the pop element has been subjected to sub-zero temperatures and reduced to the bare essentials at its core.

The title of No More Mr. Bad Guy is, sadly, no joke. Bad Guys called time on their riff-snorting, truck-stealing ways last December, and this final release on Hominid Sounds is a five-track parting gift. A parting gift that’s likely to go off in your face like a suspiciously heavy parcel delivered by a shifty man in a stolen Royal Mail uniform.

I was lucky enough to catch Bad Guys for the first and last time at their farewell gig, and the pulverising energy of that experience is showcased here. The gob-smacking drumming of ‘Ekranopla’, the thrusting growls of ‘Cordyceps’, the scathing, bass-heavy, Sabbath-worthy ‘Boiled Head’ and, because this is Bad Guys, a track called ‘Dickhead For Love’. Then there’s ‘Weed Money’, a track which exhibits the band’s best trick – taking the everyday, ramming a great big rocket up its arse, and firing it off to write rude words in the stratosphere.

Powerful but playful, sweaty but sexy, No More Mr. Bad Guy encapsulates everything that made Bad Guys so damn bad. Bad meaning good, obvs. They will be missed.

Dana Hom’s vocal refrain from Black Light Smoke’s ‘Fire In My Head’ pretty much sums it up, as it’s been comfortably domiciled in my head ever since I first heard it. Gorgeously lo-fi, delectably funky and boasting a brilliantly rubbery bassline, it’s deep house at its most delicious.

Second track ‘Wise Guy’ sounds like it’s taken a dodgy combination of tranquillisers before stepping onto the dancefloor, giving it a woozy instability that plays off against the slick beat. ‘Signals’ is a little less ear-catching than its peers, but echoes of house piano and Black Light Smoke’s progressive production still give it a distinctive finish.

The EP also comes with decent remixes of each track, with the ‘Wise Guy Dub’ perhaps the stand-out. All in all a very solid release from hfn sub-label hafendisko – expect more where this came from.

According to ‘Our Family (Blue Hills)’, East London rapper Nick Blackos likes listening to Dru Hill. You wouldn’t know it from the track, where inky beats swallow up eerie guitar licks like a swamp made of hash oil (the following line about ‘dilated pupils’ makes more sense). It’s a fitting introduction to the claustrophobic world, where chronic paranoia meets crisp production, that Nick Blackos has created on 07946. (The beginning of whose phone number I wonder?)

While not every track slunks along at the same lean pace as ‘Our Family (Blue Hills)’ – see the popping rimshots of ‘Nonlinear’ for example, even if they clatter over surprisingly delicate synths – Nick Blackos definitely sounds most at home at more relaxed tempos. The drifting ‘Tigerbalm’, where ambient pads float along on a reverb-heavy beat, is a particularly languid example, while even the grimy ‘Mudbath’ is more like a haunting reflection than a straight up banger.

‘No Answer’ signs off in more strident style although the creeping uneasiness is impossible to shake, with the distorted bass rising to a wary growl by the end. Don’t be put off though, 07946 is a number worth a redial.

Kevin Barnes’ of Montreal offer a rapid follow up to last year’s Innocence Reaches, an album ‘filled with hurt and bitterness’ according to Luke O’Dwyer’s review. The short gap clearly hasn’t given Barnes much space to cheer up. Luckily Rune Husk finds of Montreal on top form, even if their driving force isn’t.

So the lysergic slivers of Syd Barrett that run through ‘Internecine Larks’ are skewered by lyrics about murder and miscarriages, and the rainbow glam of ‘Stag to the Stable’ is inevitably accompanied by a downpour of misgivings: ‘Oh God, I want to live again / It’s terrible to see our effigy hanging there / To watch it burning just ’cause some goodness is gone’. As for the off-kilter zoetrope Barnes calls ‘Widowsucking’… well, you can probably guess.

It’s left to ‘Island Life’ to bring together the mood of the music and the mind behind it. It sounds like Arca and Mark Lanegan boshing a load of sedatives before going ‘Nightclubbing’, and finds Barnes at his most cut-up, emotionally and lyrically: ‘And it’s true, a new tense is feteing / Girls’ attack of ghetto breasts / Followed teenage produce / Wadded flames of Nazi static.’ An anthem for our times!

I started writing this column in England. Just before I got to this bit, I had to get a flight to Spain. I don’t want to rub it in or anything, but while Oma Nata’s Alone Together EP sounded damn fine in London, in sounds even better in the springtime sunshine of Barcelona. Don’t hate.

Oma Nata is based in Germany but Alone Together sounds more rooted in his hometown of Lisbon. Full of breezy woodwind and lilting Latin percussion, it’s as sweet and stimulating as a cocktail at sunset, while the potent pulse leads you directly to the dancefloor. If you miss summery early ’00s staples such as St Germain and The Avalanches, you’ll be in barbecue playlist heaven.

It’s hard to pick a favourite from the three offerings here but the title track definitely sets the standard high, a jazzy house chiller with a slightly off-beat piano motif that stops it slipping into lounge territory. The vocal sample and occasional stabs of piano play a similar role on ‘Heaven Is Here’, while ‘Let There Be Light’ leaves us with lush strings and samba edits as it sails into the distance.

David Kleinekottmann has the best German name since Bastian Schweinsteiger. Apparently it translates to ‘Little Man’, although there’s nothing small scale about the depth and scope of his musical project Present Paradox. Moving into a more ‘live’ sound than previous releases, Space For Wishes is an incredibly rich and fully-formed release that wears its heart, and its influences, on its sleeve.

The most obvious influence is Radiohead, with both ‘Grow Slow’ and ‘Symmetric Ostinato’ benefiting from Greenwood-esque arpeggios and well staged progressions, while the title track resurrects Philip Selway’s drumming on ‘Reckoner’ (which also finds a near namesake in ‘Responder’). Kleinekottmann is no Yorke in the vocal department – who is? – so makes the wise decision not to overplay the melodies, instead using them to gently nudge along the instrumental.

The unrushed ‘Eldorado’ and cosy, countrified ‘Letter of…’ are built to soothe rather than knock your socks off, but like everything else on Space for Wishes they luxuriate in some impressively spacious and warm production. The gracefully unwinding piano chords of ‘Responder’ then wrap things up in assured style. This is a big leap forward for Present Paradox, hopefully it reaches the audience he deserves.

TOM And His Computer – Playing in the Night

Last year’s Small Disasters EP found TOM And His Computer on a krautrock tip. That influence is still there but on Playing in the Night Thomas Bertelsen also explores genres such as goth and cold wave, and seems to find himself very at home there.

Opener ‘Uhhish’ almost acts like a adjustment chamber to get you used to the lower temperatures. Evoking Joy Division, Suicide and Depeche Mode, whispery synths and thudding bass stalk each other warily before finally clashing in dramatic style. Guest vocalist Julie Runa from Roxy Jules has to step in to ease the tension, giving a Ladytron-worthy sheen to the surprisingly fleeting ‘Eighty Four’ before switching it up for the title track, which serves up surf rock for a black tide.

‘Hanoi Golden Rice Hotel’ combines elements of everything so far, resulting in a midnight feast of analogue synths and creeping devilry. ‘Colourmind’ then closes this stylishly dark affair with an appropriate sense of drama. At over six minutes it’s a real epic by Bertelsen’s standards, but he uses them to gradually build a swarming, opiated atmosphere that seems to tingle its way through your body like a deep itch… 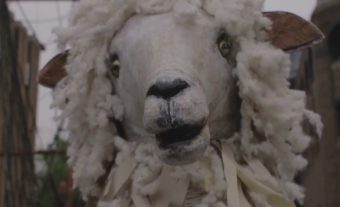 Long-awaited returns from Lorde, Juana Molina and Spoek Mathambo in this week's singles round-up, alongside new music by Arca, Alex Rex and many more...
Read More