Long-awaited returns from the likes of Lorde, Juana Molina and Spoek Mathambo in this week’s singles round-up, alongside sensational new music by Alex Rex and many more…

Alex Rex – Postcards From A Dream

That rarest of things these days – a brilliant track I heard on the radio and had to wait, for weeks, to be able to play on demand. We really are spoiled these days. Anyway, props to Cerys Matthews, whose Sunday slot is one of the few radio shows I make time for every week, for teasing us with this gem from Alex Rex. Like a Blonde On Blonde off-cut with a psychedelic twist, even the title of ‘Postcards From A Dream’ sounds like it comes from an old Nuggets comp. It’s wildly different to the other taster we’ve heard from Alex Rex’s forthcoming solo album Vermillion (the feverish folk of ‘The Screaming Cathedral’) but it’s equally impressive.

I have to concur with some of the YouTube comments for this one:

‘literally flipped my edges inside out, spanked them, kissed them, BAPTIZED them, and sent them skraight to the back﻿‘ – you and me both, buddy.

Quietly brooding and with an atmosphere that borders on consecrated, safe to say the whole YouTube community is going to have fun peeling back the skin of Arca’s new album…

A Place to Bury Strangers bassist Lunadon has apparently been whittling away at a solo release, and his bandmates might be jealous not to be involved when they hear this. A rather raunchy punk ‘n’ roll number that really goes balls out with the organ, it’s a track that would sit well alongside the Bobby Gillespie and Jon Spencer guest spots on David Holmes’ Bow Down to the Exit Sign LP.

As you can see, Juana Molina’s new Halo LP boasts her best album art to date. If ‘Cosoco’ is anything to go by, it might just be her best album too. The Argentinian’s winning formula of soft-voiced melodies over subtly complex repetition hasn’t been altered, but there’s a focus and energy to ‘Cosoco’ that seems to radiate joy from its whirring 7/4 core.

Lorde is hard not to like, and this piece by Kate Solomon goes some way to explaining why. ‘Lorde might be the only person in the world experiencing life in the right order’, she surmises, noting Lorde’s talent for encapsulating the teenage experience without resorting to cliche or cynicism. ‘Green Light’ heralds Lorde’s move into her twenties, a potentially tricky time for anyone let alone a highly scrutinised pop star. Yet while the track builds with a palpable sense of anticipation, the pay-off feels a little formulaic, like a toned down take on a Pink single. Then again I’m a 32-year-old man whose internal age flips from 4 to 66 on the regular, so until Lorde reaches that stage of life then I guess I’ll always feel like I’m not 100% getting it.

‘Everglades’ is the first single by Mountains, the band of Monitors contributor David Jupp, who shows he is more than qualified to put his money where his mouth is when it comes to satisfying stoner riffs; the little tempo shift after two minutes is particularly tasty. The main thing Mountains have to perfect now is their SEO – searching for ‘Everglades’ by Mountains currently brings up a Floridian national park, ‘home to diverse and dynamic habitats’. Google got that bit right at least.

Oddly, and this is not an intentional link, PLEASURES are actually from Florida. Who knows, the above video could even have been filmed in Everglades national park (it isn’t, I just checked). Anyway, ‘Luscious Wave’ is a pretty apt name for this track – it takes a little while to get going but if you stick with it, the swell will eventually sweep you off your feet.

Robert Toher, aka Public Memory, continues his perennial hike through foggy landscapes and dimly lit terrain. As always his thin but distinctive voice cuts through the murk like a beacon, but here the route he illuminates feels more memorable than any taken since his first album with ERAAS.

The beat of ‘I Found You’ gives a nod towards the Gqom scene that’s taken Spoek Mathambo’s South Africa by storm, but it’s soon moulded into the more uplifting shapes he’s known for sculpting. A rousing return and an intriguing insight into what might await inside Mathambo’s long-awaited third album.

The Bug Vs Earth – Snakes Vs Rats

If there’s one thing you could’ve predicted from these two bass merchants coming together, it’s bass. Lots of bass. Perhaps even too much bass? Not on this track. Dylan Carlson slides into a higher register to avoid stepping on The Bug’s big, bassy toes, and while ‘Snakes Vs Rats’ never really develops much beyond the initial idea, it won’t dampen expectation for the duo’s next reveal. A score draw.

About as Goo-ey as a song could get, but I guess Thurston Moore is unlikely to sue himself for copyright infringement. Probably the catchiest track a Sonic Youth member has put out since the band broke up, ‘Cease Fire’ shows no mercy over its six rollicking minutes. 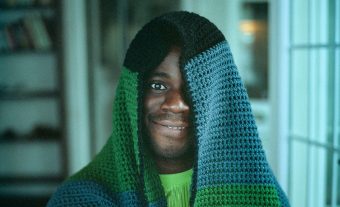 From the return of At The Drive-In and Azealia Banks to fresh takes by Nnamdi Ogbonnaya and Lucia Cadotsch, delve into the most arresting new music around...
Read More