From Flaural to WWWINGS, here are the eight finest EPs released in March 2016…

As anyone who’s ever lived next door to someone with a subwoofer will be aware, basslines for life isn’t necessarily as enticing an offer as it might sound. 24 minutes of basslines however, is much more manageable. When they’re provided by Andrew ‘Buz Ludzha’ Morrison (aka The Cyclist), manageable swiftly becomes desirable.

Surprisingly, however, the low-end doesn’t hold the finest facets of Basslines For Life. Instead it’s the tracing-paper-thin snares, spooling tonal wobbliness and hazy washes of synth that best explain the buzz around Buz Ludzha. The snappy pace of ‘Asteroid’ and ‘Positive Vibes’ both tickle the eardrums, but it’s the absorbing palimpsest of samples and belching bass of the title track that best fulfils the EP’s promise. Delicious.

Listening to this gives you the sense that Los Angeles producer Different Sleep probably does keep different hours to the rest of us. While Last Nerve circles through several different styles over its five tracks, the overwhelming atmosphere of opener ‘Night Depository’ is one of pervasive unease. You know that saying, ‘it’s always darkest just before dawn’? Well this feels like the soundtrack to a dawn that never quite arrives, velvety in its obscurity but threaded with inescapable tension.

The quietly fizzing ‘Movement’ occupies a similar time zone, while the piano notes of ‘Down’ seem to gently fall like leaves dropping off a moonlit willow tree. The only issue is that the tracks in between seem to belong to an entirely different world, with the guest vocals on each track feeling like someone’s rudely barged into Different Sleep’s darkroom waving a strobe light around. While those tracks may be more commercially appealing, to these ears they sound annoyingly cloying compared to the instrumentals.

Over Imaginary Cigarettes opens with the irrepressibly jolly ‘Nonnie’, a track raved about in Single-Minded recently, replete with a gorgeous new minute-long intro. However, do the rest of the tabs in Flaural’s intangible fag packet manage to impart an equally rich and addictive flavour?

For the most part, yes. The sprightly spirals of ‘Nowhere Near’ follow up with panache, before ‘Heat Seater’ detonates in an explosion of percussion that still manages to support some airy guitar work halfway through. ‘Culture Ghost’ then taunts us with an idea of what the latest Animal Collective album could’ve sounded like if they’d remembered to include some tunes (and got Kevin Parker in to produce). Only the closing ‘Mind Field’ fails to fully satisfy (although not without trying – it’s an energetic wee bugger) but that’s a small gripe about Flaural’s aural treats.

Jilk – In Need of Tess

With the title track featuring vocals that even the most strident haters of auto-tune would be hard-pressed to dismiss, Jilk’s latest EP is a gently bubbling record that makes no excuses for trying to pluck your heartstrings. While the term ‘folktronica’ may be something of a poisoned chalice these days, the Bristol-based Jilk manage to make it seem a much more appealing proposition than many have managed over the last few years.

‘Baby Hannah’ may be the best example, with its extended intro making it feel like you’ve wandered into a coastline cave only to find a party taking place inside, although the Four Tet meets Jon Hopkins flutter of ‘Be Heart’ is equally well-produced. While the two versions of ‘Nim’ may be a little too sweet for some palates, Jilk’s deftly emotional touch is sure to charm many.

Mary Lattimore – At The Dam

Harps ahoy! Ghostly International may not be many people’s first destination for instrumental folk, but they’ve thrown up a winner with Mary Lattimore’s At The Dam. Opening with ‘Otis Walks Into the Woods’, a tribute to a family pet’s final journey into the unknown, Lattimore’s unfurling compositions will delight fans of Dustin Wong and last year’s Captain of None album by Colleen.

With the exquisite progression of ‘Ferris Wheel, January’ and warping effects applied to ‘Jaxine Drive’ providing depth and variety to what could otherwise fall into tonally predictable patterns, At The Dam tantalises the listener throughout. My personal favourite is ‘Jimmy V’, a mellifluous tribute to Jimmy Valvano that sees the notes ripple like raindrops on a pond. “Maybe it’s the first harp song written about a basketball coach?” Lattimore speculates in the press release. Either way, it has to be the best.

TOM and His Computer – Small Disasters

Copenhagen’s Thomas Bertelsen has produced a pearler here. Lord knows there’s a lot of krautrock-inspired mush out there at the moment, but the impeccably restrained motorik of opener ‘Organ’ ushers you on board the TOM And His Computer train immediately. With Bertelsen in the driving seat, you feel happy to go wherever he decides to take you. He makes sure not to make the journey too comfortable though. ‘Girl a Go Go’ drives the record forward with a little more intensity, threatening to swerve off the road at points, while Fraser McGuinness’ guest vocal adds a wraithlike uneasiness to ‘Tectonic’.

The swooning bass and synth combo of the more minimal ‘La Fontaine’ brings us to our destination in style though. Again, Bertelsen makes sure not to add any more elements than our needed, while still ensuring the production possesses enormous depth. A tour de (necessary) force.

This re-released EP by Aberdeen trio Tryptamines whirs with all the teeming activity of an actual metropolis. Yet just like glimpsing occasional moments of human kindness on a packed commuter train, enticing melodies can be glimpsed through the cracks of tracks like the Fritz Lang-inspired ‘Metropolis’ and the previously raved about ‘Nina Shuffles’.

Tryptamines know how to shift through the gears too, both up and down. ‘Why Are There People Like Frank?’ (nice bit of Blue Velvet-referencing by the way) is an 8-minute underwater swell that laps against the speakers, while ‘Insulin Unmix’ slowly builds the perfect platform for a beautifully strummed resolution. Even in a Metropolis you can find moments of calm.

Let’s finish with something nice and icy. Electronic trio WWWINGS seem to spurt out music like they’ve accidentally left the creative tap running; there’s been another EP, the Jeremiah Jae-featuring Exodus, even since the March release of this one. Still, Meta may be my favourite release of theirs to date.

Sharp, cold and with flashes of industrial steel, tracks like Glacial skulk through dank territory like they’re creeping through a dungeon, the glint of a blade winking in the darkness. The grimy ‘Gravity’ and scuttling ‘Cypher’ are equally well-balanced. Only the harsh beats of ‘Affliction’ tip the scales towards more extreme measures (and will possibly be a bit too punishing for some). There’ll probably be another WWWINGS EP out by the time I’ve finished writing this sentence, but for the uninitiated Meta makes a fine starting point. 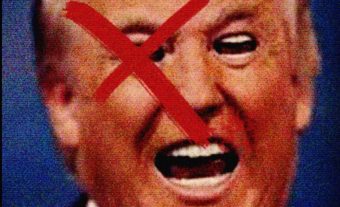 From YG & Nipsey Hussle's anti-Trump anthem to Alice Jemima's ode to liquorice, this week's singles column is both sour and sweet...
Read More