Welcome to EP Address, a new column for the new year. Every month we’ll round-up the best (and worst) EPs to have landed in our inbox, and parade them for your delectation or derision. Top of January’s list, although admittedly because we’re working alphabetically, is Sacred Bones’ singer-songwriter Amen Dunes…

While decent enough on their own, what none of them are, sadly, is better than the versions we’re already familiar with. Luckily there’s also a bonus cover of Tim Buckley’s ‘Song to the Siren’; or, more accurately, a cover of This Mortal Coil’s cover of the original. It’s probably the most enjoyable track here, with the reverberant vocals and quietly simmering guitar tapping making you feel like you’re standing on the edge of a cliff watching an approaching storm. Which is probably a pretty good place to be if you’re looking for a siren to sing to.

Most likely to: Make you feel like you’ve heard it all before.
Least likely to: Be shipwrecked upon a rocky shoreline.

The Brenmar-produced ‘Wavvy’ is still the best track Mykki Blanco’s ever done, not to mention a guaranteed floor-filler, so it’s no surprise the NYC-based producer has continued to seek out rappers to help turn his creations into club-friendly bangers. The trouble is this means his tracks largely live and die on the strength of the rapper involved, meaning Dougie F.’s tediously sex-obsessed verses and cloyingly auto-tuned chorus on ‘Award’ simply distracts from the well-rounded basslines and clattering hi-hats.

In contrast, Chicago rapper Sayyi’s monotone delivery is the most interesting part of the otherwise club-by-numbers ‘Don’t Want It’. New Jersey’s UNiiQU3 then tries to freshen things up on the fun but flimsy ‘Hula Hoop’ and almost succeeds, turning it into a half-decent take on a Mad Decent 12″. However, by the time Ro James implores everyone to once again shake their ass on ‘Plenty To Spare’, you’re kind of left wondering whether Brenmar is able to get properly wavvy without Mykki Blanco by his side. The odd track on last year’s High End Times Vol. 1 suggested he could, but this EP confirms he’s moving in the wrong direction.

While the rave tones of ‘Solar Panels’ briefly raise things above the mundane, and the drill-sounding guitars add some grit to the Lana Del Reyisms of ‘Somerset’, all S really does is confirm what always occurs to me whenever I hear something by Emmy the Great; namely that her nom de plume is something of a misnomer.

H. Grimace – I Am Material

H. Grimace’s previous EP is still on regular rotation on my record player, so I’ve been eagerly waiting to hear more. This cassette EP on Soft Power Records is available on their forthcoming US tour – quite some adventure for a band who’ve only infrequently played outside of London – and suggests Stateside audiences are in for a treat.

While it’s not quite as ear-catching as their eponymous debut there’s still plenty to enjoy, from the rapid strumming of ‘Imogen’ to the slow, stirring crescendo of ‘Royal Hush’. The drunken Tinder referencing ‘To The Shaggerston’ maintains their Hackney credentials, and while the EP drags a little halfway through, it closes in delicious style with the weary wave goodbye of ‘Wasted Sun’.

The Chicago three-piece are currently touring the UK, but if you can’t make it to any of their shows then this is a pretty decent place to get acquainted. Opening with the thrashy ‘Brother’, which may be familiar to anyone who heard their eponymous debut, things really kick into gear with the regimented stomp of ‘Sham King’. Sounding like The Wytches after being put through boot camp, it crackles with attitude and highlights the band’s talent for matching catchy hooks to their energetic noise-making.

At times this leads things to get a bit early Foo Fightery (although I suppose if you’re going to be Foo Fightery, it’s better to be early Foo Fightery), but we can’t blame them too much for the most teeth-grindingly pop-punk track, ‘Mystery’, seeing as it’s actually a cover of the Wipers. It raises the question of whether Meat Wave want to hug you or hit you. On this evidence, it’s better when they hit. Hard.

Signed by XL and nominated for both ‘Best Grime Artist’ at the MOBOs and the BBC’s Sound of 2015 longlist, there’s no doubt that eighteen-year-old MC Novelist is the most hyped property in grime right now. Usually that leads to guaranteed disappointment and being forgotten in about six months time, but this collaborative EP with celebrated producer Mumdance suggests he might actually make good on his early promise.

The record itself may be the shortest of the this month’s offerings at two tracks plus instrumentals, but when the tracks are this good that hardly matters. ‘1 Sec’ utilises the sound of bells, yells, thunder and, er, sellotape, and yet still remains an incredibly stark and atmospheric track. ‘Shook’ is a little denser, with the occasional blissed-out rave tone adding some unexpected counterpoint to the fucking fearsome bass. While Novelist’s flow is currently more diverting than his actual lyrics, it’s a damn fine marker to lay down. “Are you OK, sir?” he asks on the chorus. More thank OK, thanks.

Dortmund’s football team may be near the foot of the Bundesliga at the moment, but Present Paradox’s Acute EP suggests the city’s musical scene is in the form of its life. OK, so I can’t actually name any other acts from Dortmund, but that just proves my point.

The gorgeous tones and delayed whispers of the title track make it sound pleasingly like an ambient remix of Beak>’s ‘Mono’, while the plinky ‘Let Me Sleep’ and gently pulsating ‘Midnight Fog’ show a similar talent for subtle compositions. The whole EP seems to drift by in a dreamlike state, with only slightly clodhopping closing track ‘Appletrees’ seeming a bit stuck in the mud (and even that has a masterfully windswept coda). Dortmund may not have made much of an impact on my ears before now, but Present Paradox sounds like the man to put it on the musical map.

Most likely to: Turn up on one of Kompakt’s Pop Ambient compilations (if they have any sense).
Least likely to: Be relegated this season.

More than thirty years after the term post-punk first came to prominence, is there any need for music that can still easily be defined as such? In most cases I’d say no, but this debut release from Stalls is too good to be churlish. There’s a touch of Bauhaus’ Peter Murphy to Sam Weiss’ shady vocals, while the keys on ‘Paradise’ bring The Blue Orchids to mind. Traces of more recent bands are audible too, albeit those feeding off the same inspiration such as Protomartyr and The Horrors (before they disappeared up their eye-linered arses).

However, it’s the the clanging chords of ‘Tooth and Nail’ that really get the pulse racing, with squalling guitars threatening to shove the track off the road at any moment. Weiss claims to admire music that creates “a sense of comfort out of discomfort,” and he’s done a very good job of doing just that – the sounds here may frequently verge into discord and abrasiveness, but it’s the quality of the song-writing that leaves the deepest impression. While final track ‘Cage’ sounds so much like Magazine that those questions of plagiarism and post-punk redundancy rise once again, the fact is that when it’s done this well, it’s hard to care. 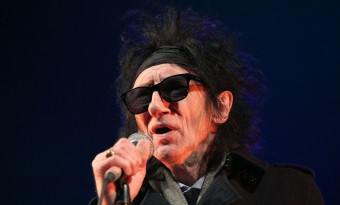