The curse of the sophomore record looms large for any band who announce themselves with the gall and doom displayed on The Wytches 2014 debut Annabel Dream Reader. While undisputedly a stellar set of songs, that record often oversteps its proximity to its early ’90s influences. Nirvana’s Bleach casts a heavy shadow across many of the standout songs, with lead singles ’Digsaw’ and ‘Gravedweller’ a little too close for comfort.

This is a popular criticism and with All Your Happy Life the band have clearly taken it on board. Over its 36 minutes and eleven songs songwriter Kristian Bell takes a long stride into less borrowed territory but without sacrificing the distinctive horror that scythes and surfs through the band’s tone.

Album skits usually serve as an indulgent irritant but with the twenty-five second and philosophically named ‘Intro’ the band effectively set the tone for the album to follow. Carnival strings and degraded tape proceed to warble straight into lead single ‘C-Side’.

In the context of the sound that made The Wytches popular, ‘C-Side’ is a relatively laid back affair. Discordant guitars underpin a droning Wurlitzer, and as Bell begins to sing it’s evident that the band have also improved lyrically: ‘There were times when you wouldn’t have paid much mind, but now you’re swinging from my every line.’ Past comparisons to Humbug-era Arctic Monkeys certainly apply here but only in a complimentary sense; Bell’s words paint suave and sleazy pictures of young love with a deft touch similar to Alex Turner.

Track two ’Can’t Face It’ quickens the pace and struts onto more familiar ground as Bell’s serrated rasp takes centre stage, ‘I’m on my way, to fade into the night sky but there’s nothing else’. As the song draws to a close, a tremolo-infused guitar lick evokes sinister seaside carnivals.

Up next is the album’s first standout moment, ‘A Feeling We Get’. Again, forlorn doom-ballad melodies swim through waves of surf-guitar but this time with flickers of the Pixies. Two years ago the ghost of Black Francis would have been welcomed to this table but here he is surplus to requirements and the song only offers a quick nod before striking out on its own path. ‘A Feeling We Get’ is a great example of well-judged and restrained songwriting and an encouraging sign that The Wytches have shed their influences and found their own sound.

It’s a shame therefore that the song that follows, ’Throned’, comes and goes without really making a mark. Bell sings ’Dirty rope with a dirtier attempt to climb up’ in his outstanding half-scream but the punchy lyrics get lost in a forgettable chord progression and the song peters out.

Luckily the creepy stab-bass and reverb soaked guitars of ’Ghost House’ banish all suspicions of mediocrity to the shadows. Evocations of ’70s Hammer movies swirl in on a wind of Mark Breed’s haunting keys and Bell’s descending guitar riff. ‘Ghost House’ plays like a band serenading the end of the world in a seaside bar of a dying town. The atmosphere is genuinely palpable.

The resurgence continues with ‘Bone-Weary’ a cracking up-tempo number. Bell’s wit sharpens the song, singing ‘I see a lot of me in you he said, whilst looking in the mirror’. Sadly ‘Crest of Death’ is again a little forgettable and whilst the energy conveyed in the grungy screams and filthy bass is admirable, you can’t help but feel if they had fleshed out the last vocal refrain the song could have had more impact.

Similarly to ‘A Feeling We Get’, the next song, ’A Dead Night Again’, is an exemplary example of Bell’s talent for melody and vocal riff. The ’90s influences bubble under the surface but again the band’s improved craft rattles through in an original restrained arrangement that fractures to an impressive surf fuzz end.

The album winds down with a softer pairing of two ballads. ’Dumb-Fill’’s guitar melody immediately takes you back to those derelict fairgrounds by the ocean where the old go to die. The song threatens to explode into a heavy apex but instead drifts out to sea on a wail of feedback, only to return ever so briefly on a haunting piano refrain.

‘Home’ continues down this melancholic lane with some genuinely beautiful moments. The subtle guitar treatment has whispers of Johnny Greenwood to it and the gloomy words that accompany it are sublimely fitting. ‘You’re out of this world, you’re taking me home, but I want to know, where’s everyone gone?’

All Your Happy Life is a big step forward for The Wytches and while it may lack the immediacy of Annabel Dream Reader, it has a much clearer and more authentic identity. Luckily its high-points are lofty enough to outweigh the odd moments of filler, and the album plays out through a set of eleven songs steeped in creepy coastal cool. 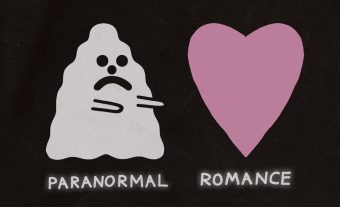 Cowtown are one of the best live bands out there, but does the Leeds trio's new album speed by a little too quickly for its own good?
Read More