The Afghan Whigs should have been a bigger band. They were big, but they should have been huge. Possibly because they were a band always building to something that they never quite reached.

At a time when so much indie rock was still wierdly unsexual, The Afghan Whigs had the swagger to be explicit about what they wanted to do – fuck – without it becoming some kind of immature cock rock. They were men with real pains made of every kind of desire.

In Gentlemen they managed to make an album that somehow combined some of the authenticity and feel of classic r&b, soul and funk while still being within the parameters of grunge. Black Love is possibly my favourite movie soundtrack despite the fact the film never got made, and with 1965 they came painfully close to making a classic album. Maybe if they’d made one more they might have achieved it…

Enter Do to the Beast, their first album since reforming recently. Could this be their final roll of the dice, the now aged and damaged rockers finally coming together to create that final great album they should have written all those years ago?

Not quite. Though this is in name The Afghan Whigs, the only additional member to singer Gregg Dulli is bassist Curley.

The loss of Rick McCollum is a big deal. His was the main other voice in the band after Dulli’s, especially on songs like ‘Crazy’ and ‘Honkey’s Ladder’, where his guitar work seemed to act as a great counterpoint to Dulli’s darker, more classical approach, rooting the genre-bending work in that ’90s indie-grunge feel. This album sounds a lot more like Dulli’s solo work, showcasing a lot of the influences and themes that have run through his solo albums, made with his post Afghan Whigs band The Twilight Singers.

That said, Dulli is slightly too talented to write a bad album. It just might not be quite The Whigs’ album that many fans are hoping for, especially after listening to the opener, ‘Parked Outside’, which is probably Dulli’s most straightforward rock song since pre-Gentlemen. It still works, he can still do it, and on this song he seems to be almost trying to reach Pixies levels of noisy screaming, even eventually getting to a Queen-esque solo.

After that we have ‘Matamoros’ which contains both my favourite and least favourite parts of the album. The chorus sees The Whigs’ mix of rnb and rock working oh so well. Then post-chorus the genre-bending goes that bit too far, with some rather awkwardly placed arabic violins. Only 1 genre-bend per song is the take away.

From then on it’s hard to find a song that wouldn’t slot directly into a Twilight Singers album, the only exception to this being ‘The Lottery’, which feels slightly designed to be an early Whigs song. Unfortunately it’s just not that fun. They’ve done better, and do better on the rest of the album.

High points are songs like ‘Lost in the Woods’, where Dulli can get deep into his mournful, bluesy soundtracks to films you want to see. ‘Can Rova’ also does this, sounding like the closing scene of a film where the pained hero finally realises the sacrifice he has to make to save the one he loves.

‘Algiers’ is probably my favorite. A song that wouldn’t feel out of place in an episode of Deadwood gives Dulli a lovely canvas to alternate between singing falsetto and doing an Elvis impression.

Overall I would rate this as one of the better Twilight Singers albums; maybe not quite as good as Dynamite Steps which I have a very high opinion of. If you haven’t gotten into The Whigs yet, the first step should be Gentlemen and then 1965. But this is still pretty great and I would give it E out of Pi. 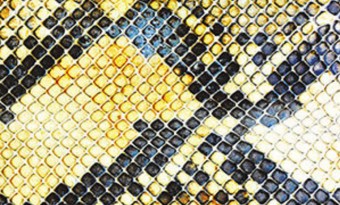 The Amazing Snakeheads present the sound of a steaming bile splat on a cold Friday night pavement, an eruption from the darkest cavities of rotten Glaswegian stomachs...
Read More