First off I need to alert you to the fact that Cowtown are a fantastic live band. I’ve seen them twice, both times great and have tickets for a third show coming up. Exhilerating, entertaining and exuding bonhomie, I guarantee good times at a Cowtown gig.

I issue this as a kind of disclaimer as although this album is far from disappointing I’m not coming away with anything like the feeling of a live show. Let’s investigate.

Cowtown are a three-piece garage rock band and part of their genius is the simple switch from bass guitar to keyboard for supplying the bottom end. This hefty thickness down low gives the guitar more room for manoeuvre which is gleefully taken up by the dude with 6 strings.

Cowtown also bring an inventiveness and virtuosity that the label ‘garage rock’ betrays. They’re too smart to play it straight but understand the value of a good hook and the sheer adrenaline that breakneck pace can bring. And therein lies the problem.

This album rattles along with such unrelenting speed that it gets a bit tiring and the songs start becoming a bit samey. I was hoping and praying that heavy foot would ease off the gas for a little respite or a change of gear. This does eventually happen but not until the last song – which coincidentally is an absolute doozy. Big grinding bass synth makes for a drone rock monster that made my tired ears perk up with both relief and intrigue.

‘Emojicore’ is a Cowtown classic that reaches the peaks of past glories like ‘Monotone Face’. The one plus of going out on such a bang is that it did then make me want to listen to the album again to see if I missed anything. Cunning ploy? Maybe.

But ultimately I’m coming away from this album a little dissatisfied. I’m wanting a little more tempo variety, a tad more shaking up of the formula. Am I looking forward to the next Cowtown gig? You betcha, see you down the front. 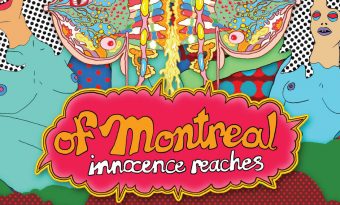