Black Mountain – Mothers of the Sun

A colleague went to a listening session for Black Mountain’s new album recently, which was followed by an incredibly awkward post-playback Q&A. Black Mountain don’t like to chat apparently. This single doesn’t say much they haven’t said before either, but the oh-so-gentle build-up is pretty beguiling – it’s just a shame the guitars lack that crucial crunch when they kick in. KWC

Now this is real nice… a lilting rhythm, regular delicate rushes and some crystal synths that make you feel like you’ve just landed on a power-up whenever they appear. KWC

This beat reminds me of that Tasha the Amazon track we covered a little while back. The Power Rangers influenced build sounds really strange, and the vocals don’t quite match the aggression of the tune. Nicholas Burman

Of all the industry next-big-things to have been slopped into our bowls over the last few years, Garratt’s tunes tend to contain at least a few interesting chunks. However, calling a track ‘Fire’ does not make it so. The bass-driven extended intro is brilliant, creating some genuine tension, but it’s all wasted when it spills into a pisspoor EDM-style chorus that immediately puts out the fuse. Garratt seems unsure whether to draw deeper on the bass culture he’s obviously inspired by, or go full-on pop – and as a result this just feels like an uneasy compromise. KWC

I’ve never really seen the appeal of this guy, although this is about the closest I’ve got to enjoying a track of his… well, for about half of it at least. Around the 2:40 minute mark it sounds like it might build into something quite ecstatic, and then it turns into a nu-soul dirge. Mr Blake’s appeal that “I want it to be over” in the final passage is quite apt. NB

I’ve been really enjoying Jealousy’s soon-to-be-released Paid For It album, and ‘E’ is one of the most accessible cuts from it, muting his more industrial influences to create something that’s actually quietly funky, like Prince trying to blend in at a Bauhaus after-party. KWC

This track, released after the announcement that gravitational waves had been detected for the first time, was created by “mapping a Neutron Star/Neutron Star collision curve into midi and quantising into the correct key”. Which might lead you to expect something like Aphex Twin’s ‘Ventolin (Salbutamol Mix)’, but luckily it turns out to be more like Aphex Twin’s ‘The Waxen Pith’. Hurrah for science! KWC

This is worth noting as an example of a brand partnership attempting something a little more interesting than the usual base-level endorsement. Californian car-pooling company Carma commissioned Melker to create a track using samples of Bay Area traffic, and while I’m assuming the string motif that offers the hook wasn’t provided by a passing busker, the end result is more pleasant than, well, sitting in traffic. KWC

A bit like the Jack Garratt track in the sense that the verse vastly outperforms the poptastic chorus. Still, what a verse. Good enough to overlook the fact that it sounds remarkably like Kurt Vile covering ‘The New Life’ by Girls Names… KWC

Rejjie Snow – Keep Your Head Up

Rejjie Snow’s ‘Blakkst Skn’ has really grown on me over time, to the point where it’s now one of my favourite singles of recent times. Somehow I don’t see the same thing happening with ‘Keep Your Head Up’. A syrupy soul-rap track, it’s smooth enough but lacks the hook that made ‘Blakkst Skn’ such a winner. KWC

The Limiñanas aim at breathy, sexy Serge ‘n’ Jane insouciance and absolutely nail it. Peter Hook adds an off-the-shelf Peter Hook bassline, yet despite this not seeming like a natural habitat for such a thing, it actually works really well. A garden of delights. KWC

A glitchy yet harmonically effective track that sounds like it could’ve come out on Anticon during the label’s salad days. Aberdeen might be bearing the brunt of the recent fall in oil prices, but judging by this the city’s musical stock could be about to spike… KWC 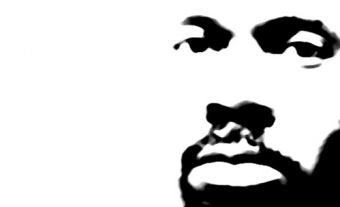 Beyoncé's first release for two years may have taken the headlines, but Mr. Fingers' return after a decade-long absence rules this week's single column...
Read More