Two rotten eggs and some softly fizzing coleslaw. The dregs of a bottle of Buckfast and an apple core someone left in the ashtray. A dish covered in dandruff washed down a steaming mug of your own shame.

These could all be deemed the breakfasts of failures (or at least failed breakfasts) but as much as they would likely leave you sick, shivering or sobbing, none are as punishing as The Blind Shake’s Breakfast Of Failures. Which is meant as a compliment. The new album by the Minneapolis three-piece (the band’s sixth) sparks and thunders with a ferocity that could leave you in a state of nervous exhaustion, most likely after running around your house screaming in tongues and punching the furniture.

See, punk rock is the prime musical release valve for anger. And let’s face it, there’s always plenty to be angry about. So unless you work in demolition or are some sort of zen master, that anger needs an outlet to stop it becoming a bitter, burning ball of repressed rage in the pit of your stomach, liable to explode at any minute, perhaps in the direction of a household pet. No good. After all, why kick your dog when you could listen to Slaughter & The Dogs instead? Or, for that matter, to The Blind Shake.

What The Blind Shake themselves are angry about isn’t always clear. On lead single ‘Old Lake’ their ire appears to be focused on an old lake. Will this lead to a new trend for punk bands to write angry songs about pastoral scenery? Hopefully it will, because this one’s bloody terrific. Fuck you lake, you twat.

‘Parachutes’ pulverises with a similar intensity, although what it’s about is again not immediately apparent from the vocals barked out by brothers Jim and Mike Blaha, wrapped as they are in a barbed wire guitar riff and Dave Roper’s raucous drumming. They mention something about nuns and spaceships, but it doesn’t really matter; the fury is so contagious that its anger swiftly finds itself transferred into your spleen regardless, where it can be targeted at whatever it is you’re angry about. It’s like a botched tantrum transplant that leaves you convulsing with adrenaline and viscous inklings.

There are moments that approach a breather, but even then the potency rarely drops. ‘Dots in the Fog’ is a slow, snarling number, poked along by a sliding guitar lick that’s all bent out of shape like a twisted rail after a train crash, while ‘Young Carnival Waste’ is a surf-tinged track that almost approaches pop levels of catchiness. At their ‘friendliest’ The Blind Shake hint at what Death From Above 1979’s recent comeback album might have sounded like, if they hadn’t decided to create “a burnt plastic bag filled with human shit”. In contrast, they cackle with the malevolent glee of the person who filled that bag and left it on your doorstep.

Breakfast of Failures is tastiest at its most confrontational though. ‘Mildew’ continues the theme of violent rage at mother nature, while the spiky riff and discordant bursts of noise that punctuate ‘Pollen’ get stuck in your sensitive places and refuse to be removed. Not that you’ll want to remove them. By the time the crushing chords of ‘Nobody Else’ finish things off by holding you against the wall with gigantic fists of noise, you’re ready to throw up this tainted Breakfast if only so you can eat it all over again.

Admittedly, the rage may have dissipated a little by then – The Blind Shake help channel your anger so well you’ll feel positively chipper after half an hour in their company. After listening to Breakfast of Failures once I immediately went out into the street and hugged an old man. After the sixth time I opened an orphanage. So if you have anger management issues, do yourself a favour and swallow a dose of The Blind Shake upon awakening. It’s the breakfast of champions. 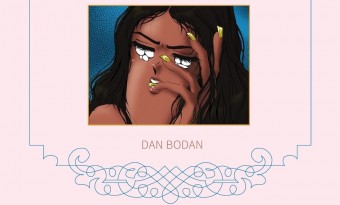 Dan Bodan's clearly soft on someone, as his new album on DFA is a reminder of "what the true sentimentality of love sounds like..."
Read More