I’ve been a big fan of Poliça for some time now, their first album luring me easily into their cult, the release of their second album further cementing my place as an avid fan. Every time I learn something new about them my admiration grows; the latest being that one of the founding members (and lead programmer) creates a lot of music for them but doesn’t appear live with them at all. Almost like a father giving his children building blocks and seeing what they come up with. This might not be new information for a lot, but it was to me and I loved the idea of it.

So it was with some excitement and hyperbole on my own part that I adjusted my headphones, pressed the play button for their third and latest studio release United Crushers (apparently named after a huge work of graffiti on a derelict building in the band’s native Minneapolis), sat back and let it wash over me. I was not disappointed.

United Crushers seems to mark a big step in the departure from Poliça’s previous sound. Their first album, Give You the Ghost, was a vocoder-heavy electro album filled with cutting synths and barely audible lyrics from songwriter and vocalist Channy Leneagh. It had a dark sense of urgency to it. United Crushers on the other hand seems to do away with a lot of the vocoder/auto-tune and it works wonderfully.

This is especially evident in opening track ‘Summer Please’, which starts off in the same Poliça style we’re used to, whirling synths and distorted vocals. At the midway point however, the tempo jumps up and we’re greeted with a sudden burst of funk. Leneagh seems to throw off the auto-tune cloak and belt out the rest of the song in her natural voice. It’s a beautiful moment, Leneagh’s voice stronger than I’ve previously heard, while also remaining tender and almost lullabiac (did I just nail inventing a new word? Yes, yes I did) throughout.

It seems to be a reflection of her life, having just had another baby only a few months ago (or so she told us at a recent sold-out London show). The lyrics of this song however, and to be honest a lot of the songs on this album, contrast her style completely, but this isn’t a bad thing. If anything the lyrics hit home harder when you finally discover them properly, Leneagh’s gentle voice delivering extreme couplets like “Well I cannot fuck you enough, and I wanna wake up wanting your touch”, shocking you into taking heed of them. The album is full of lyrics like this, hidden gems waiting to be properly heard out.

United Crushers is certainly a unique album, every song changing and warping and fizzling and wiggling its way away from the previous, granting it its own life. There’s never a moment when you suddenly think to yourself “Hang on a minute hasn’t this song been on for the last 10 minutes?” – each track has its own bass groove and individual programmed punchline, as if the music itself was a chorus that is repeated under the efforts of the rest of the band. Noticeable stand-out for me is ‘Wedding’ which jumps back into the vocoder, but the lyrics (a violent shootout between the singer and the police) hits the nail perfectly, the music carrying it to my number one spot.

The whole of United Crushers is a fantastic effort from Poliça and I’m glad to hear they’re still going strong while evolving and trying new sounds. Get yourself involved, what’s to lose? 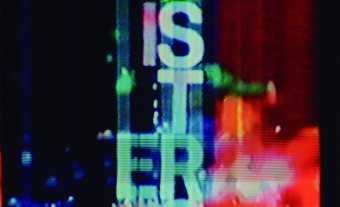 The crackling, contemplative and occasionally mischievous 'Sisters' makes for another great Odd Nosdam LP - but is it too anaesthetised for its own good?
Read More