After a few acclaimed releases last year, eyes had focussed on Dan Bodan for his long-awaited debut album and a budding character similar to James Blake, with vocals reminiscent of Soft Cell’s Marc Almond. It’s both a little refreshing and endearing that Soft doesn’t go down a speed road of breaks and trance pads as I’d expected – there are points, but these aren’t by any means the album’s best elements. Soft is palatable because of Bodan’s almost constant use of vocals, moving like honey according to the taste of the song, be there the undeniable influence of German techno seeping into the sound of synthpop, or the strum of guitar accompanying a heavily vocalic melody. If the journey Soft takes the listener on were to be played out, it would wholeheartedly be a love story, each song capturing a scene of joy or tenderness, or torment and pain.

The opening track, ‘A Soft Opening’, spends the first three minutes landing the album into a melancholic, cinematic love picture. ‘Soft As Rain’, the first single off the album, picks up a liquid, sexual, summery energy with slow drums and synth that cleanse and purify.

Some particular treats on the album are ‘For Heaven’s Sake’, which is evocative of a sensitive dress-down scene from the 1980s. ‘Jaws of Life’ combines the ever-present synth tones with Latinate-styled clicks and layered vocals of heartfelt shame and angst, finishing on a level of intensity only a saxophone can muster. Gliding into the next track, ‘Rusty’, a guitar tune swoons as distorted percussion builds and Bodan powers through coatings of vocals. ‘Good Time Summer’, as the closing song to the love story, is remarkably simple and leaves the album on a bittersweet note, as if bidding farewell to a summer romance.

Previous releases like ‘Anonymous’ have been included on the album, generally doing a pretty good job of rounding off an album that can’t be completely pigeonholed into a particular sound. Dan Bodan explores areas of sensuality and darkness within music, and while the album makes room for him to grow, he does his best to remind us all what the true sentimentality of love sounds like.

The Wharves – At Bay 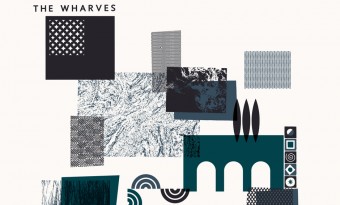 What better way to ward off the winter cold than a warm (burning) cuddle from the Wicker Man? Well that's what The Wharves offer on their new album anyway...
Read More