Mountain Goats go goth, Shabazz Palaces shine a light and Jlin rises to the challenge – all this and more in our round-up of the best new music from the past few weeks…

Your primary hope for a track called ‘Feeling Good About Feeling Good’ is that it will leave you feeling good. Fortunately, Art Feynman delivers on this basic demand with a jiggly groove in the vein of Talking Heads or William Onyeabor. I’m not sure Feynman needs to carry on feeling good for almost eight minutes – dwindling dopamine levels mean I personally struggle to feel good for more than forty seconds at a time – but it’s hard to begrudge his chirpy approach.

In fairness, Feynman’s offering looks positively miserly compared to the extended carnival of mayhem that is EX EYE’s ‘Opposition Perihelion; The Coil’ (who’d have thought a track with that title would end up running for over twelve minutes, huh?). The good news is that the band’s intensity doesn’t let up an iota during that time, even during the half-speed latter section, with Colin Stetson’s manic saxophone turning cartwheels through Greg Fox’s blizzard of drums. An absolute behemoth of a track.

An imagined first-person account of a refugee sea crossing in 7/4 time isn’t the most obvious comeback single, but then Ghostpoet has never seemed the type to pay much attention to convention. While lyrics like “I was dreaming of a better life / With my two kids and my lovely wife” are so on-the-nose they threaten to sink the second verse, the track has enough pensive anxiety and dark drama to justify a risky conceptual endeavour.

I’ve got to admit I never got the fuss about Jlin until I saw her live at Rewire, and was totally blown away by the sheer volume of furious, party-friendly firecrackers she dropped over the course of an hour. ‘Challenge’ would’ve fitted right into that set, sounding like Clap! Clap! put through an industrial mincer. Tasty.

You’d think the ‘Strawberry Fields’ style mellotron sound would be completely played out by now, but no, sometimes it still sounds amazing. Midnight Sister use it to augment an already gorgeous song, which in its brevity and melodiousness recalls the work of Maston, another ’60s obsessive. Indeed, the only problem is that ‘Leave You’ leaves you far too soon.

Nadine Shah – Out The Way

While not as manic as the EX EYE track covered earlier, ‘Out The Way’ benefits from a similarly intoxicating blend of moody guitars and squalling saxophone (courtesy of Pete Wareham no less). It also has the added bonus of Nadine Shah’s anguished vocal, although it’s recorded a little too cleanly for a track that otherwise feels submerged in a healthy portion of muck.

Faux Discx have set the early pace for indie label of the year following excellent albums by Irma Vep and Great Ytene, and now New York’s Rips look set to continue the trend. Austin Brown of Parquet Courts gives it a suitably Parquettish veneer, but it’s the melody that makes ‘Malibu Entropy’ worth rewinding.

Roy of the Ravers – Don’t Get Caught

It’d be hard not to like someone who goes by the name Roy of the Ravers, and ‘Don’t Get Caught’ makes it even harder. Packed with enough bleeps and squelches for the hardiest acid addict, it’s near impossible to make it to the end without breaking into a slightly crazed grin.

We were big fans of the last Shabazz Palaces album, and ‘Shine a Light’ suggests the next one won’t disappoint either. Unlike some of their darker, spacier productions, the blissful string section (refashioned from Dee Dee Sharp) keep us safely within the stratosphere, gently bobbing on the waves rather than being sucked into the void.

The Mountain Goats – Rain in Soho

The new Mountain Goats record, Goths, is at least partially about John Darnielle’s experiences of being a teenage goth. ‘Rain In Soho’, with its shadowy piano riff and references to ’80s nightclub the Batcave (favoured haunt of Robert Smith, Nick Cave and Siouxsie Sioux among others), captures all the theatrical midnight thrills the young Mountain Goats guvnor must’ve envisaged were taking place a thousand miles from his Southern California hometown. It’s murky, schlocky, full of ridiculous choir parts – and probably more fun than most of the music they actually played at the club itself.

This is probably the most Vesselsy Vessels song that Vessels could’ve returned with, and yet it manages to avoid feeling too formulaic by dint of its sheer sense of scale. A constant crescendo that just keeps on building, this will go off like a bloody warhead when they play it at festivals this summer.

Judging by the comments beneath this video, inescapable YouTube reviewer Anthony Fantano must’ve given this a right slating when it came out. In fact I know he did, because I just searched for the video. “Sour, ugly and horrid” is his verdict, which must be why I like it so much. While not the band’s biggest fan generally, the gusting drones and soaring vocals of ‘Hit That Drum’ really hit my sweet spot. This is what I always wanted to Bon Iver to sound like. Screw you Fantano. 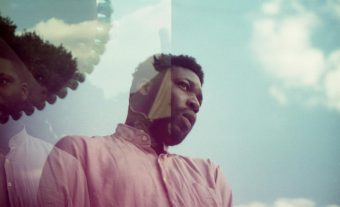 From Tony Njoku's synth oddyssey to the contrasting rhyme schemes of Sparks and Dave, hear the latest tracks to have tickled The Monitors' fancy...
Read More