Shabazz Palaces’ Lese Majesty is a beast. Lets get that out of the way right now. It’s a monolithic, morphing belter of an album that demands you listen to it from start to glorious finish in one continuous session. A nighttime drive through a futuristic dream megalopolis where you can leave your dull Earthbound shit behind and float off into the blissful neon sky. Just imagine falling asleep having watched Akira (you have seen it right?!) and dreaming of its futuristic neo-Tokyo cityscape drifting past your imagined car window.

Lese Majesty, Shabazz Palaces’ second album following 2011’s debut Black Up, unwinds from the minds of Ishmael Butler and Tendai Maraire, two inner-planetary rap visionaries who want to take you on a spaced out journey that even Alejandro Jodorowsky would be proud of. Similar to the madman director’s skewed use of genre, Shabazz Palaces take the conventions of rap and turn them inside out to create something completely different. And a bit squelchy.

The term ‘Lese Majesty’ translates as an affront to a ruler or established controlling power. Shabazz (we’re mates now) want us to break free of the old forms of construction and beam up to a freer, better tomorrow. Like a guideless future species trying to recreate an old-fashioned building from a half-remembered plan, there are remnants of a structure but mostly they’re just vibing it. This is rap but not as we know it.

The album is broken up into seven ‘suites’ comprising of eighteen songs in total. Well, if you can call them songs; they’re more like constantly shifting sound movements, evolving and growing into new and interesting shapes. Propelled by muffled sub-bass, robotic squeaks and bleeps, they emerge, caress your ears and disappear just as quickly, creating a woozy, nocturnal atmosphere to sink deep into.

Tracks blend and merge into one another like the lucid dreams of long forgotten memories; beats fade leaving echoes and motifs of sounds that continue to wriggle and squirm until they chrysalis into a totally new form.

‘Dawn In Luxor’ becomes  ‘Forerunner Foray’, drawing you in with drum ticks and synth swoons. Butler’s mellow raps ebb and flow beneath the electronic ocean, allowing the listener to grab hold of a jetsam phrase here and there and comfortably float along, adrift in a sea of words. Hazy amongst the mix, the vocals create a smoky-hypnotic daze that allow the bubbling synths and snares to sweep you along and take you further into Shabazz’s world.

“We should touch and agree,” whispers Butler seductively on ‘Noetic Noiromantic’, inhaling you in deeper.

Things take a slightly more sinister turn once you get to ‘Suite 4: Pleasure Milieu’. The dream might be coming to an end (bollocks, do I have to wake up?). The lyrics of ‘… down 155th in the MCM Snorkel’ arrive more forcefully and paranoid, marking a shift into a darker tone, the beats becoming more urgent, more oppressive.

Unlike the work of fellow electro-rap anarchists Death Grips, Lese Majesty doesn’t scream in your face or bludgeon you for attention. At times it does its best to alienate the casual listener, abusing them with obtuse angular squawks and blips, but by pushing you away it makes you want to cuddle up to its circuit boards even more. Well me anyway; I’m a sucker for punishment.

By the time we’ve reached the shores of ‘Suite 7: Murkings On The Oxblood Starway’ (classic title), the eyes are starting to open and the dream is coming to an end. ‘New Black Wave’ and ‘Sonic Myth Map For the Trip Back’ deliver us softly back to the waking world.

Shabazz Palaces dismantle the idea of traditional structure and chorus/verse dynamic. Who needs such anchors when you’re on a multicolored starship travelling time and space? It’s getting a bit boring down here on Earth, so grab a pillow and let’s ride.

Spoon – They Want My Soul 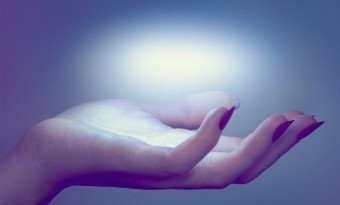 Eight albums in and Spoon﻿ still seem just a sliver away from mainstream success. Does latest LP 'They Want My Soul' see them make that final step?
Read More