Ah, politicians and music. The horrible stench of focus groups, straw polls and bland inoffensiveness from which only the most meaningless shit imaginable can result.

If you missed it, this week The Guardian revealed a ‘mixtape’ of 10 British acts David Cameron put onto a pen drive for the delectation of other world leaders at last month’s G8 Summit. Presumably to a reaction of, “oh wow, your culture is as vacuous as we all thought”. Of course, judging by Canadian and Russian Prime Ministers Stephen Harper and Vladimir Putin’s cringe-worthy covers of The Beatles and Fats Domino respectively, there’s no indication that any of the other leaders present would’ve produced anything much better (although we like to think Angela Merkel would’ve chucked a bit of Rammstein on her comp). Still, why world leaders would want to listen to Conor Maynard while trying to work out diplomatic approaches to countries which have recently gone through military coups is beyond us.

In this week’s NME, Tom Watson (the Labour MP who used his recent resignation letter as an excuse to promote Yorkshire rockers Drenge) writes that politicians should engage with musicians more, which would make sense if any of the bands regularly featured in said magazine seemed like they had even the slightest grasp of politics. Even bands which do put themselves up for a bit of politicking, such as The National, end up getting associated with political figures now better known for spying on the whole world without permission than any sense of social progression.

Jay Z backed Obama too of course, which seemed like a great team up at the time: Obama managed to leach some street cred, while Mr. Carter learned the President’s trick of using empty left-wing posturing for personal benefit, going on to profit from producing T-Shirts which aped the Occupy movement. And remember Cool Britannia round Number 10? You’ve seen the clips yeah? We’re all trying to forget that happened too.

Anyway, if you havent seen Indie Dave’s credibility playlist yet, here it is in full… 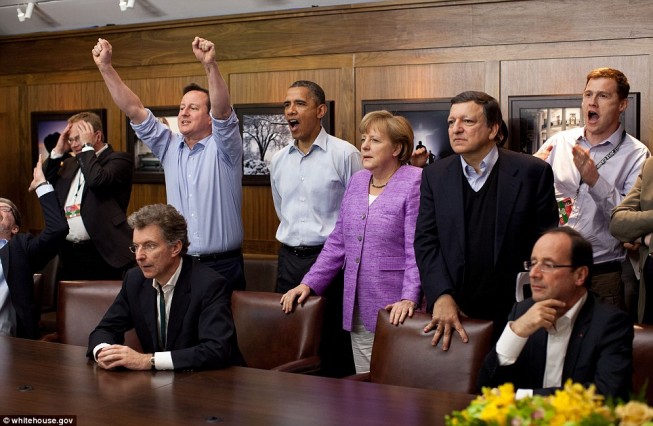 Laura Mvula – Green Garden
OK, so admittedly this made our favourite tracks of the year so far list. However, it’s a bit rich to reference ‘green gardens’ when every green space in Britain is either a recently sold off school playing field or about to be fracked to fuck.

Gabrielle Aplin – Home
It doesn’t seem totally fair to criticise this, as we listened to it for the first time solely for the purpose of this piece. Then again, we’re not fair people. Conclusion: a female Mumford & Sons. Just what the world needs.

Ben Howard – Only Love
Oh, another one.

Tom Odell – Another Love
And another, although this one has caused some controversy because it contains a swear. Gosh, how rude!

Rudimental ft John Newman – Feel the Love
Young, multi-racial and unthreateningly ‘street’, this predictable choice reflects how Cameron would like to imagine the country’s urban environment. Or at least how they’ll appear when income support and housing benefit cuts mean that anyone who doesn’t work in the financial sector can’t actually afford to live there any more.

Birdy – Skinny Love
Maybe we’re splitting hairs, but including a song that was written by an American and came out two years ago may not be the best example if you’re trying to showcase a current surge in British creative output.

Still, it’s all very well taking potshots at such an easy target as David ‘fist-magnet’ Cameron, but what should have been on his list instead? These are our alternatives…

Savages – Shut Up
This should basically played in the House of Commons every time David Cameron stands up to start Prime Minster’s Question Time.

AlunaGeorge – Attracting Flies
“Little grey fairy tales / And little white lies / Everything you exhale is attracting flies”. Ed Miliband’s script-writer is probably smugly shoe-horning this into a PMQ’s rebuttal as we speak.

The Asphodells – One Minute’s Silence
…is something very few people will be observing when Cameron’s government is ousted at the next election. Although with Labour looking likely to re-assume control of the country, perhaps we should have one for the 150’000-odd civilian casualties that have resulted from the wars in Afghanistan and Iraq that they launched…

Hookworms – Away/Towards
Judging by the band’s outspoken political thoughts on Twitter, we can probably assume Hookworms would advocate David Cameron moving ‘away’ from politics and ‘towards’ a big fucking hole.

FEMME – Double Trouble
Let’s not forget David Cameron’s lead apologist Nick Clegg in all this. The Deputy PM once admitted he frequently cried while listening to music, but he should probably be bawling more over the umpteen broken election promises he’s blithely abandoned and the fact that he’s destroyed any chance of his party entering power ever again. ‘Double Trouble’ indeed.

Ghostpoet – Cold Win
While some barmy Tories are constantly pushing for the minimum wage to be scrapped altogether, Ghostpoet’s bleak vision of working in a chicken shop is a window into a world that they’ll never ever know. Or care about. “All my clothes smell of grease,” he complains. In comparison, Cameron’s smell of Corton-Charlemagne Grand Cru and children’s tears.

Clinic – Cosmic Radiation
With eight new nuclear power plants on the way, alongside the hopeless vortex of blood ‘n’ cash that is Trident, we can all slowly groove to this number as we watch our skin slowly turn green and fall off without the need for psychoactive drugs. Woo! From the same album, the track ‘Seamless Boogie Woogie BBC2 10PM (RPT)’ is what Dave and friends will be watching from the inside of their nuclear bunker while the rest of us perish.

Steel Trees – Revolution
As it’s Yorkshire Day today, it seems only appropriate to include Sheffield stoners Steel Trees on this mix. Especially when they’re launching such a noisy, nasty, low-slung call to arms as this.

Scott Walker – Corps De Blah
He may have been born in Ohio and a septuagenarian, but Walker is a British citizen and has more creativity in his nipple hair than the entirety of Cameron’s list put together. Plus we’d love to see Cameron trying to digest this ten minute doom-fest, especially the following vision of London: “We could move to the sticks / Say Earls Court, or Embankment / While the Thames flows black as camel piss / Let the icy thermals dervish around our feet”.

Fat White Family – Garden of the Numb
No Monitors’ list is complete these days without an appearance from the Fat Whites. While there’s no indication that this song is specifically about David Cameron, considering this is the same bunch that knocked up that ‘The Bitch Is Dead’ poster after Thatcher’s death, we’d say there’s a fair chance. Just take a look at the lyrics. If the shoe fits…

Stick that on your pen drive, Dave. Then shove it firmly up your sphincter. 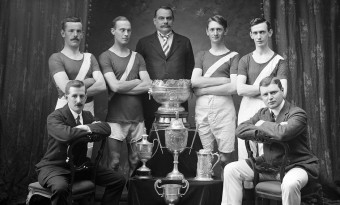 A blagger's guide to the year so far, condensed into a smooth, triple-filtered playlist. Plus, our least favourite albums of the year, revealed....
Read More