From Tony Njoku’s synth oddyssey to the contrasting rhyme schemes of Sparks and Dave, hear the latest tracks to have tickled The Monitors’ fancy…

Article 50 has been triggered since the last edition of Single-Minded, and the people responsible for executing our exit from the EU are already being shown up as the clueless morons we always knew they were. I’m pretty sure even people who voted to leave must be sick of our stumbling, floundering, soundbite-spluttering representatives. Anyway, it’s a pretty shambolic situation all round so we might as well have a laugh about it, and thanks to David Vujanic’s Bricka Bricka alter ego, we can. Anyone else think his pal Original K’s flow sounds like MC Heems? Just me then.

I’ve always wanted to like Streatham rapper Dave, largely because he’s called Dave and has a good line in football-related punchlines. ‘Revenge’ is the first track of his I’ve really enjoyed though, thanks to the Snes-friendly beat and label-dismissing lines such as: ‘Studying Braille’s the last time I touched a dotted line’.

Kevin Morby – Come To Me Now

Like Bob Dylan singing Gonjasufi’s ‘The Blame’ or Moby’s ‘When It’s Cold I’d Like To Die’, ‘Come To Me Now’ is a widescreen composition given some dusty intimacy thanks to Morby’s easy delivery and some gorgeous pump organ. So gorgeous in fact that I almost didn’t chuckle to myself as I typed the words ‘pump organ’. Almost.

Wasn’t expecting the RZA-esque beat on this. Wow. Even if you can’t love yourself – or Kanye West for that matter – you should be able to love this.

A recent discovery on our MusicMap sister site, ‘Aventura’ may sound South American but rising star Mavi Phoenix actually hails from Austria. If there’s a better pop track to mention the word ‘anus’ out there, please email it to us immediately.

Anyone else get a bit bored by all the slower numbers on Stormzy’s album? If so, this is for you. Rageouz hits so hard over this aggro Dr Vades production that I think he actually bruised my chin.

Sgrow – Is Anyone Where They Want To Be?

The beat on this is so heavily swung it would be in danger of toppling over if it wasn’t for the melodic ballast of Vilde Nupen’s vocals. Some creeping bass and a nice bit of babbling background texture help make this a trip-hop track that doesn’t feel dated.

You know why Sparks are still around after almost two dozen studio albums? Because there’s no one else out there willing to make orchestro-pop songs that rhyme ‘hippopotamus’, ‘Hieronymous’, ‘Volkswagen minibus’ and ‘woman with an abacus’. And until you’re willing to take up the slack then you’re going to have to sit down, shut up, listen to Sparks and bloody well enjoy it.

These guys have immediately failed the first rule of Supergroup Club, which is to give yourself a cringy name like Traveling Wilburys or Prophets of Rage. Hopefully this means they’ll also avoid the second rule, which is to produce cringy music a million times less than the sum of its parts. On the evidence of the swirling, euphoric astro-pop of ‘Saturn’, they appear to be doing so. Good.

Tony Njoku – In All Its Glory

This is the first we’ve heard from Tony Njoku since last year’s In Greyscale album (one of our favourite albums of 2016, lest ye forget) and whaddaya know, it’s a beaut. ‘In All Its Glory’ starts off teasing its way down meandering tributaries before erupting into a full on synth starburst. If this guy hasn’t won a Mercury Prize by the end of the decade, I’ll drink some actual mercury in protest*.

Filthy-good minimal techno with a charred industrial crust, this is the sort of music you should be able to open up wormholes with. Grittily evocative, it should probably be listened to on an abandoned, rain-soaked moor for full effect.

Boasting an intro that will make you inadvertently reach for your pocket (and an outro that will put you in a trance), ‘1-2-1’ is the sort of music Grimes would probably have kept making if she hadn’t been able to afford a more expensive studio after Visions. Ergo, it is better than anything that is on Art Angels, and most things that aren’t.

*I reserve the right to withdraw this pledge in the event that any of my mortal enemies join the Mercury Prize judging panel. 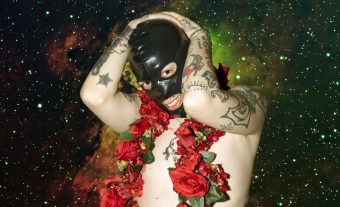 From the Bosphorus synth-pop of Jakuzi to Saint Etienne's tales of southern suburbia, sink into the singles currently bubbling up...
Read More