As far as multi-venue events go, few can be as compact as Mirrors. The upcoming festival in Hackney will be one for people who appreciate a change of scenery but don´t care much for walking. Based at Oslo, Round Chapel and St John Church (barely ten minutes between the three), the Halloween one-dayer features a range of new talent and some local celebrities.

The two evangelical spaces (we can confirm St John’s is a picturesque setting for any show) will suit Nadine Shah´s melancholic balladry and Rhye´s sideways folk.

Stoke Newington resident Thurston Moore and his band are likely to prove a big pull showcasing their noisy guitar tip, and in the audience will no doubt be last year’s grunge graduates The Wytches and spunky three-piece Traams, who are both also on the line-up.

Anyone who gets down early enough to see some new talent may well want to make a note to see recent 4AD signing PIXX, brightly-coloured Brighton troupe Dream Wife and glitchy Warhol-referencing Dreller too.

Get to know the rest of the Mirrors line-up and cop a £20 ticket over at http://www.mirrorslondon.com/. 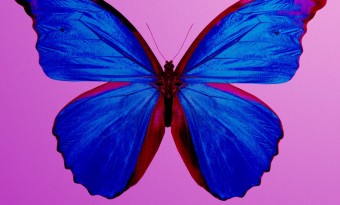