2016 all kicked off rather splendidly in Nordic nirvana, with new music aplenty and festivals ‘n’ gigs a-go-go. Nowhere was this sonic surge more evident than in Norway, fast becoming the alpha male of the Nordic music scene. However, not to be outdone, our other Scandinavian songsters produced some pretty glistening gems, a precious collection of which we’ve strung together for you here in our new column focused on the Nordics…

Denmark is currently producing some really exciting and tasty experimental and poptastic sounds. Our platter of ‘soundbites’ today includes ‘Love is Tears’ from electro-poppy duo Gents, whose debut EP Embrace the Future came out at the end of 2015; the totally trippy ‘Really Thought She Loved Me’ (above), the lush debut single from retro-indie outfit Masasolo, and the positively electrifying ‘Positron’, the first single to be lifted from ‘so gonna be huge’ psych-rockers Palace Winter’s debut album Waiting for the World to Turn, for which they recently announced a due date of June 3rd.

Palace Winter are also set to play Oslo-based festival by:Larm – if you haven’t yet seen these guys strut their stuff live you is in for one BIG treat. Also appearing is lover of ’60s French pop and swinging London psych, minimalist avant-garde electro-diva Emma Acs.

In the new album department is classically oriented experimenter EXEC, whose critically acclaimed The Limber Real was released via indie kingmakers Tamborhinoceros mid-month. Check out ‘Life Is A Liquid’ below.

Last but definitely not least, we give a quick nod to current incumbent of the Danish electro-experimental throne, CTM. Her recently released debut mini-album – Suite for a Young Girl – took the music world by storm, but it’s the veil of mystery with which she has shrouded herself that has caused quite the media stir. CTM plays the JaJaJa club night in London tonight – shall the mystery be unravelled? Well, go buy your ticket and pop along to see for yourself. They’re all yours for only a fiver.

Home of the great Sibelius, Finlandia is currently producing some really unique new music and one Finn currently leading the charge is Rami Vierula of Delay Trees, whose solo project 23:23 has just kicked off with the release of the delightful debut ‘Faraway Island’.

Meanwhile back in the Icelandic camp, indie electro trio Vök, who are just about to embark on an extensive Euro tour, have just dropped fantastic new single, ‘Waiting’. And waiting is just what you’ll have to do a little more of to hear their album due out later this year!

Elsewhere, punk-poppers Dream Wife, a kind of 21C version of the Slits whose lead singer Rakel Mjöll is Icelandic, have just dropped a new track, ‘Hey Heartbreaker’, and announced the release of self-titled EP on 11th March.

Touring is the name of the game with multitudinous rappers Reykjavíkurdætur, now confirmed for Iceland Airwaves ’16 and about to sprawl into London’s Birthdays on 11th March with, believe or not, aforementioned riot grrrls Dream Wife. Also weaving their way through the UK are purveyors of hypnotic, wonked-out electro-rock Fufanu. The band have also just debuted the video for super cool single ‘Ballerina in the Rain’ (below). Someone who’ll be glad of a well-earned break is John Grant’s buddy Sóley, who has just come off the back of touring her album in the UK and Ireland.


Cats On A Not So Hot Tin Roof

Possibly the only cats in Finland able to hold a note, Cats of Transnistria have just announced the release of their debut album, Divine. The six-track album will be released via Soliti on 18th March, and just to get you in the mood, here’s an appetite whetting teaser to get your claws into…

It’s all happening this month! The musicverse is like a sonic Spaghetti Junction with all these new strands of music bolognaising their way onto our plates.

First up from Sverige is the heavenly chorus that is Postiljonen, whose new album Reverie, a hazy cloud of wistful dreams and sensual serenades, floated into the world last weekend. This album is an utterly gorgeous confection of electro-pop and ethereal vocals with an alluring twist.

18-year-old Elin Ivarsson releases her self-titled debut album tomorrow – cue stampede (or at least there should be one!). This kid has got it all: a beautiful, inviting and enticing voice, lyrical poesy, and warm, melodic instrumentals that are altogether from a brighter, more uplifting place than boring acoustic dullsville. Golden delicious album teaser ‘Leaving Song’ is currently trending. Swedish top tip! Big time TOP TIP.

Elsewhere, on a “holmen” near you, electro-punkers Kate Boy have been channelling their inner Edwyn Collins – with a funked ‘n’ punked cover of ‘A Girl Like You’ – hearing is believing, folks. Meanwhile, rising from the Bronte school of musical graveyards is the doom-laden ‘Coming For You’ from A Nighthawk, a track which a modern day Cathy could be heard singing to erstwhile man-about-moors Heathcliff, whilst battering on his window panes!

The slick gets slicker with Niki & The Dove who just dropped the new video for their single ‘So Much it Hurts’, off their upcoming album Everybody’s Heart is Broken Now. This is sexy day-glo vamped-up ’80s electronica, with blink and you’ll miss ‘em snatches of ‘Waiting for a Girl Like You’ melodies. Stevie Nicks vocal doppelganger, Malin Dahlström, gives a lusher than lush delivery on a song that is standout electro-pop at its Scandi best. Watch the retro colour-pop, Moonlighting-vibing video with a cheeky Vimto and chill. Niki and The Dove will also be adding a touch of colour to the line up at by:Larm next week!

Keen to make up for years of Eurovision null points, Norway is currently pumping out new music like a demented Dror. Rad new bands, sick new releases, and a pair of psyched-out festivals have been the order of 2016 to date (you too can speak like this is you hang in the abbreviated, acronymed world of social media). So what’s going on Norway? A myriad releases, that’s what – but really it’s all about by:Larm.

Slightly menacing guitar-driven ‘White Water’ is the intensely beautiful second single from EERA (see below), whose sound lies somewhere between Regina Spektor and Suzanne Vega (which ain’t a bad place to be in my book!). Her debut EP is pending, as they say, with a due date in March. Pissed off hippy-hoppy-poppy Skinny Days have a new video out too, for their “f**ked up” track ‘In A Good Way’ – their words not mine!

Elsewhere, Smerz have just released their darkly intoxicating, experi-electronic dance single ‘Because’, in advance of hitting the big schmoke of London (Smerz appear alongside dark Dane CTM at JaJaJa tonight).

After that it’s all about the albums. Roses-eseque psych gods Electric Eye have dropped their second album Different Sun, from which they’ve released a second single, T-Rex grandchild ‘Mercury Rise’. Get it on!

Riotous rockers and fun lovin’ fuzz monsters Rick Ashtray have debuted their self-titled first album, which any self-respecting, bandanna-wearing, Axl Rose fan-boying dude of cool will already have on his download playlist. Bringing some class and elegance to the table is gamine soloist Kari Harneshaug. Fresh from a spectacular performance at the Trondheim Calling festival, Kari is ready to release her third album, We Were Closer To The End, tomorrow – and it’s a peach.

Not to be Missed…

Also released tomorrow is Anne Lise Frøkedal’s debut album, Hold on Dreamer – it sparkles brighter than a diamond and contains some of the most powerfully evocative tracks I’ve heard in a long, long time. Super-cool indie boys Snøskred have just released their international debut album too, Empty House. Fusing David Byrne, Suede and REM with the cool of Lou Reed, this is an album as perturbing as it is soporific. Both of these are dead certs for many end-of-year shortlists, for sure.

2nd-5th March will see some of the great and good of the Nordic music scene descend on Oslo for the annual new-blood showcase that is by:Larm. Just some of the Norwegian artists that will be flirting with Oslo audiences next week are EERA, Smerz, Electric Eye, Mats Wawa, Mette Henriette, Whales and This Lake, and Skinny Days. Word!

Up in (the) Smoke: Elliott Power 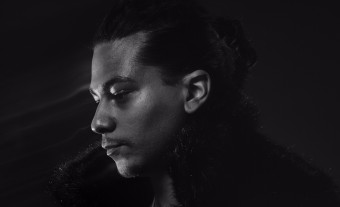 In the first episode of a new feature focusing on musicians' relationships with London, Elliott Power takes us to Ballardian Brentford, home to crackheads & Olympians alike...
Read More