Hello Joanna, it’s been a while. Four years in fact since she last played these shores, and when the lights go down and she takes to the stage, wearing a multicoloured, patchwork prairie dress and a geekish smile, the crowd let her know she’s been missed. 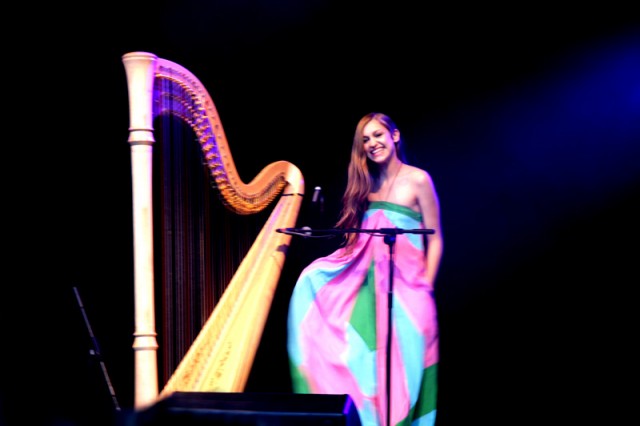 She’s joined by brother Pete mainly on drums/keys, Ryan Francesconi mainly on guitar/banjo, and Mirabai Peart mainly on violin and backing vocals – I say mainly because they each perform with an array of instruments and interchange throughout. It highlights how highly talented they all are (Newsom even jokes “Anything else?” when explaining to the crowd what they will be playing) but to be frank, all eyes are on the harp tonight.

People are rapt in awe as Newsom delicately plucks the strings in mesmerising fashion on opener ‘Bridges and Balloons’ from her (proper) debut record The Milk Eyed Mender, like children seeing firework sparklers for the first time. “And a thimble’s worth of milky moon can touch hearts larger than a thimble,” she crows.

The bulk of the set naturally consists of tracks from Joanna Newsom’s new record Divers. It was only released a couple of weeks ago but the majority of the crowd are already familiar with tunes like the title track, with its stirring drumbeat crescendo, and ‘Goose Eggs’, with its resonating melody and bombastic delivery. It’s pretty remarkable how well they’re known since there are no songs available on Spotify (“the banana of the music industry” is Newsom’s view on streaming), although then again maybe not. I’m sure everyone purchased the delicious gate-fold vinyl and sifted through all the tracks and artwork to study the lyrics in-depth. Or got their bit-torrents activated and added on their playlist shuffle.

Tonight is, Joanna Newsom points out, the final date of her 2-week tour, and the band seem to be in confident mood. Thankfully the set is received in pin-drop silence. I’ve seen Newsom numerous times, and nearly all shows are interrupted by middle-aged fan-boys who want to proclaim their undying love for her [or rude, grumbling editors (see here)]. 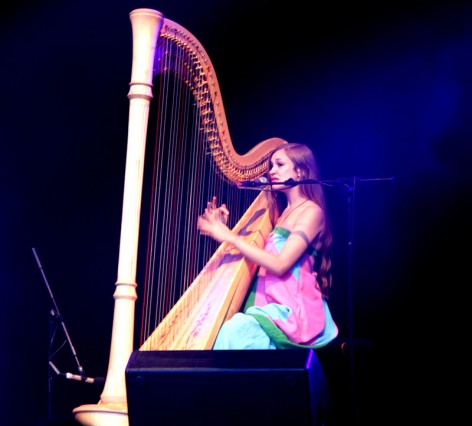 Maybe they got the memo that she’s now hitched to toilet humour extraordinaire Andy Samberg, a man who once sang, quite profoundly, “I jizzed in my pants.” With lyrics like that and lyrics from Newsom such as: “We could stand for a century / Staring / With our heads cocked / In the broad daylight / At this thing: Joy / Landlocked in bodies that don’t keep / Dumbstruck with the sweetness of being,” I for one am looking forward to the crossover duet album.

Although there is plenty of variety in the set between harp-led tracks and full band renditions, I can’t help but feel the pieces Newsom takes on with simply her harp are the ones which conjure more wonderment, and leave the audience spellbound. ‘Sapokanikan’ is enjoyable as a jaunty piano piece but it sounds too ordinary as a band piece. There’s something almost magical when she has the majestic harp in her hands, as she delivers with such intensity and passion, taking the crowd on an epic journey. The additional musicians, despite their aptitude, offer accompaniment which can be distracting, and almost taints certain songs. 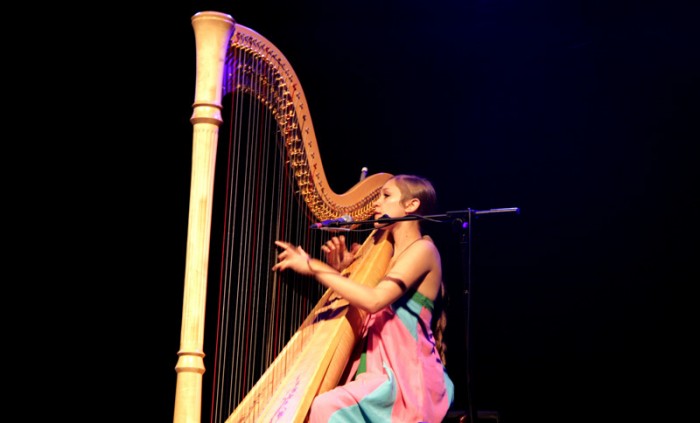 Going back, it’s fascinating to see how Joanna Newsom’s sets have changed since the first times I saw her nearly 11 years ago. Whether opening for Devendra Banhart at The Water Rats in Kings Cross, or performing her first UK headline show at the ICA with just a harp in her hands, her performances were utterly mesmerising. I understand how when an artist’s sound develops and larger venues are booked the need to fill out the sound is greater, but there are times tonight when this seems needless. The drumming in particular is occasionally annoying rather than complementary, and the single violin can’t recreate Van Dyke Park’s sweeping scores. It makes you think that less would perhaps be more.

After ‘Anecdotes’, Newsom politely requests “Can I get some more light on the strings please? It’s a little dark” from the lighting guy side-stage. The crowd nervously laugh, as if treading on eggshells, hoping the flow of evening won’t be ruined by this little technical amendment. The reverence and fondness shown is as if she could wilt and crumble, the general consensus and mantra being: “Must not upset Joanna. She is a angel sent to us from heaven.”

She forgets some lyrics to a verse in ‘Have One on Me’. “Every night there’s a different old song that I forget the lyrics of,” she explains, and shrugs to kind laughter. I’m certain she could snap the strings of her harp and have a nervous breakdown and the crowd would be smiling in delight and begging for more. The point being, the crowd are always on her side and show the unadulterated affection they have for her at any opportunity, despite these charming and quaint blips. 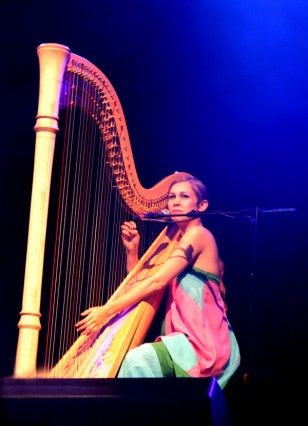 The highlight of the evening is ‘Emily’ from Ys, which has the crowd clapping for a good minute after the song finishes. Newsom looks appreciative as she beams at the crowd but also seems largely unaffected, as if to suggest the songs come naturally to her and she’s just doing her job. The length, the intricacy and the words may all roll out effortlessly for her, but for us it’s a real novelty – a novelty which won’t be wearing off soon.

‘Cosmia’ sounds particularly moving as she repeats the refrain of “And I miss your precious heart!”, and she ends the main set with near perfect renditions of ‘Time, As a Symptom’ and ‘Pin-Light Bent’. After a minute or so she returns for the encore, playing my personal favourite song of hers, ‘Peach, Plum, Pear’ – a song which I’ve been ending my DJ set with for nearly 3 years. [Editor’s note: I have NEVER heard Ama end a DJ set with this. Maybe he saves it for his Defector’s Weld gigs.] 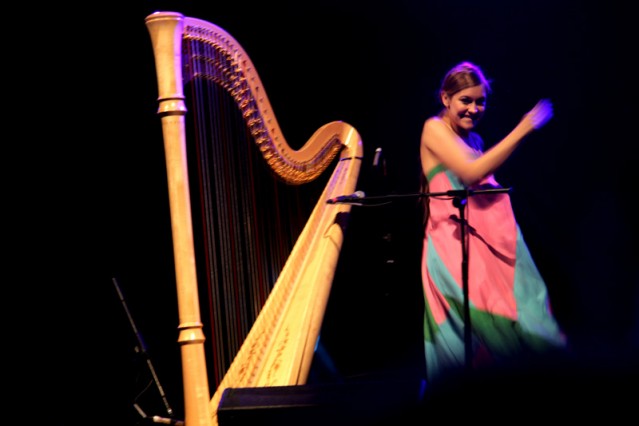 At the end, Joanna Newsom stands to receive the adulation of a standing ovation while her band members throw paper aeroplanes of the setlist into the crowd, one of which I manage to get my grubby mitts on. The awkward smile on her face makes it seem as if she thinks she doesn’t deserve it, but that couldn’t be further from reality. She’s one of the true artists of this generation, and one who will perhaps be revered for many to come. 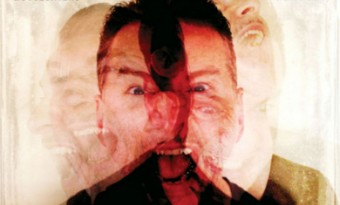 Depeche Mode devotee Paul Williams makes a pilgrimage to see Dave Gahan perform with Soulsavers, and finds him being the rock star he always wanted to be...
Read More