In the same way Arctic Monkeys’ slacker polo shirt look defined every lager-swilling bloke in the mid-noughties, Grimes (AKA Claire Boucher) was defining the zeitgeist in 2012. You knew because within about a month of ‘Oblivion’ being released every girl at every vaguely alternative night out had their hair cut into a high fringe, peroxide-coloured style.

Not for nothing did that song make her indie royalty. The flangalating synths, ’80s pads and falsetto vocals only just hid the melancholic undertones (Boucher later revealed it was about an assault she’d been the victim of; the opening couplet is “I never walk about after dark / It’s my point of view”). That song straddled the world of the sort of gloomy alt-music 4AD is known for and the dance-pop floors she’s set her sights on since, with a confidence that meant hearts and minds had to be won over.

Sticking with 4AD but jumping to Jay Z’s Roc Nation for management, releasing the uber-catchy demo ‘REALITi’ on YouTube, and appearing on every magazine cover possible within a four month period has built anticipation for the surprise release of Art Angels to boiling point. Then again it’s not surprising everyone’s getting their records out double quick – Adele is set to swallow the 2015 Christmas market whole.

What we knew about the album was that it was Grimes aiming directly for the sort of pop crowds usually reserved for Katy Perry and Beyoncé. What we were hoping for was that in the process she wouldn’t lose the ‘two worlds’ appeal that made Visions a minor hit three years ago. So how does Art Angels fare?

Well, once you’re past the opening three tracks, the first thing you realise is that this is full-fronted, out there, big synth, huge-choruses-orientated pop music. There isn’t a pop starlet from the past thirty years not running through Art Angels‘ blood. If you thought ‘Flesh Without Blood’ was a Taylor Swift number you haven’t heard anything before you hit the Gwen Stefani vs Sleigh Bells sounding ‘Kill v. Maim’, replete with squeaky J-Pop vocals and all.

J-Pop is one of the less subtly integrated genres (including the manga-esque cover art and the Japan-based video for ‘REALITi’), and does lead me to question whether this will come under the same sort of cultural appropriation scrutiny that Avril Lavinge recieved a couple of years back. Not that this is a complaint from me, mind.

Leaving any pop pretensions and politics at the door, you’re left with an album which is so sugar-coated, E-numbered-up, brightly coloured, produced-to-within-an-inch-of-its-festival-invading-life, that it’s difficult to not be taken along with it. Every second bounces into your ears like rainbow dust, slowly rots your teeth and sets your blood sugar to diabetic levels of dangerous.

‘REALITi’ has been given a glossy production makeover that adds to its earworm potential. The line “oh baby, every morning there are mountains to climb” reveals a pessimistic and romantic persona, just the juxtaposition that made Grimes great in the first place.

Anyone hoping some darkness would remain may well be disappointed. Outside of the all-too-brief ‘laughing and not being normal’ and ‘Life in the Vivid Dream’, there isn’t much outside of the HAVE FUN register. However, the Janelle Monáe featuring ‘Venus Fly’ manages to draw the sound towards a much more dangerous ‘gurning clubber’ aesthetic – even if the lyrics did cause a lot of searching online to realise, lyrically, it was reminding me of Cher Lloyd.

As an album, Art Angels is much more balanced than her previous output, and the sequencing keeps the thing well paced. As a pop album it’s probably everything Grimes wanted it to be; better than Swift’s constant self-congratulatory register, better than the tedium of British pop music’s obsession with lowest common denominator rhythms, and certainly more entertaining than much of what does the rounds in the charts. It also sounds one hundred percent honest; it’d be hard for the songs to sound this open-armed if Boucher was just following the dollar.

In a year where PC Music has managed to become the sound de rigueur, it’s hard to argue that the zeitgeist is anything other than pop sensibilities. But back in 2012 Grimes was making the zeitgeist, not following it. The question is, now she is on track for a career making massive hits, is her tenure as alt-royalty over? As the last line sung on the album is “I’ll never be your dream girl”, perhaps she pre-empted that one… 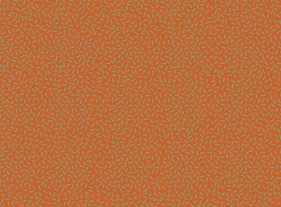 The second album from USA Nails is a boiling jet of hot steam that puts paid to floppy-fringed twat Alex James' assertion that independent music is dead...
Read More