When the news arrived that a court had ruled that Robin Thicke, Pharrell Williams and T.I.’s hit ‘Blurred Lines’ had infringed on Marvin Gaye’s ‘Got To Give It Up’ to the tune of over $7million, the general reaction, on my timeline at least, was one of schadenfreude. A victory for the dead, and thus presumed defenceless, artistry of a late soul giant against a chart-plaguing bastardisation that many felt was a lyrical proponent of rape culture.

The initial controversy around the song and accompanying NSFW video had already fatally damaged Thicke’s career, judging by the lamentable sales of his follow-up album, while Pharrell’s ‘Happy’-go-lucky reputation has now also taken a battering. T.I. seems to have taken the least flak, perhaps because he earned less than a tenth of what the others made from the track, or because the lyrics, of which his were the most explicit, didn’t form a crucial part of the case. If they had, T.I.’s verses would’ve no doubt helped their lawyer disprove the similarity between the tracks. (In other words, they would’ve blurred it due to rape lines. (Sorry.))

Basically, it seemed like a verdict we could all be happy with. The good guys won, the bad guys have to pay up. Yet a few dismayed voices soon began to emerge. The verdict would, they claimed, lead to copycat court cases where the good guys and the bad guys might not be so easy to differentiate; a chart-topper’s army of lawyers, say, going after any independent artist they deem to be occupying similar territory. (Look at how Team Taylor Swift have been issuing cease and desist letters to amateur potters selling ‘Shake It Off’ mugs on Etsy.)

Others have pointed to how the infringement seemed to be based on groove and genre, not covered by copyright law, rather than direct musical facsimile. This subtle shifting of the goalposts could, they argued, stifle creativity amongst artists, paralysed by the fear that legitimate musical inspiration earn them a lawsuit even if the actual notes bear no direct relation to a specific song.

This fear is probably unfounded. While the similarity between the songs does seem to have as much to do with the ‘sound’ of the song (the production, the instrumentation, the vocal style) as the actual notes, the case was solely fought over the publishing rights of the record. That is, the music as notated on a score rather than the original audio recording. This is why the Gaye estate was initially barred from playing the original recording of ‘Got To Give It Up’ in court, and were later only permitted to play a specially recorded stripped-down version based solely on the score.

Really, this should’ve worked in Thicke and Williams’ favour, as it would seem to remove many of the recognisable elements. The fact it didn’t doesn’t speak highly of their case’s strength. Of course, one issue bound to haunt cases like this is that, despite whatever restrictions the judge orders, there’s no guarantee that the jurors aren’t already familiar with the tracks in question, which may prevent completely impartial judgement. Even if they’re not au fait with the tracks, there’s no way of ensuring they won’t contravene court orders and seek out the recordings privately. One entertainment lawyer, Dina Lapolt, has also claimed that Thicke’s revelation in court that he was using drugs at the time might’ve turned a conservative jury against him. However, that’s not only pure speculation but would mean ignoring Gaye’s own well-documented history of drug abuse.

Putting aside any potential fallibility in the jury, we can only assume that the evidence ‘Blurred Lines’ did infringe on the publishing copyright of ‘Got To Give It Up’ was compelling enough to win the case on its own. Therefore any fear, as Thicke and Williams’ lawyer argued during a trial, that this constituted claiming ownership of “a genre or a style or a groove” can probably be put to bed. You can go back to making your faux-soul Motown tributes in peace.

Although, should you? As I read the arguments about how the ruling would stop people being able to imitate certain styles, a voice in the back of my head kept saying, “So what?” This was possibly because I’d just burnt through around 400 emails from musicians, record labels and PRs looking to gain coverage for their original compositions. The problem was most of these recordings didn’t seem very original at all. Indeed, within a few seconds of each Soundcloud click it was possible to speculate which artist’s style they were seeking to emulate, and which genre they were hoping to place themselves neatly inside. I’d say only around 50 of those tracks had any semblance of originality, and of them probably only a couple of dozen were, in my opinion, any good.

The fact is there’s too much music vying for attention these days, and too much of it sounds the same. As much as I would argue against anything that introduces more litigation into the creative arts, would a restriction on endlessly reproducing tired formulas really be ‘stifling creativity’, or encouraging the opposite? Motown-style soul has been done already. Perfectly. There’s no need to re-hash it without at least trying to add something new.

The 2-Tone sound, for instance, took sixties ska and made it into something that sounded idiosyncratically Anglo-Jamaican and genuinely fresh. If you’re not trying to advance the sound at all however, you can’t complain if the originators come calling for a slice of your profits should the music you publish drift too close to existing tracks. Moreover, if you’re making shit, derivative music, you should probably just cease and desist now rather than waiting to be told to do so.

Ergo, if you’re trying to pay tribute to the music of Marvin Gaye, the least you can do is acknowledge that’s what you’re doing. Although ironically, that’s was one of the factors that ended up losing Thicke and Williams the case. A 2013 interview in GQ saw Thicke claiming ‘Got To Give It Up’ was one of his favourite songs, a statement that was inevitably used against him at court and necessitated the defence that he wasn’t actually involved in writing the song at all, due to being under the influence. Pharrell has also spoken about his admiration for Gaye, although in court ‘Blurred Lines’ was spoken of as a “homage” or attempt to “evoke an era.”

Ultimately this wasn’t, as is often the case in such lawsuits, some unknown artist claiming to have written a popstar’s new hit. This was a claim against the infringement of a very well-known song that two very well-known artists had previously admitted to being inspired by (and subsequently made a lot of money from). This was always going to increase the likelihood of a jury finding the two tracks were “substantially similar”, which isn’t so easy when an accused songwriter is convincingly unaware that an allegedly similar song even existed.

Then there’s the fact that it was Thicke and Williams who, amidst rumours that the Gaye estate was planning to take legal action, pre-emptively sued the Gayes themselves. In retrospect, they would’ve perhaps been better off adding Gaye to the songwriting credits and giving his estate a sensible cut of the royalties, as happens in the majority of cases like this. (See Sam Smith’s recent settlement with Tom Petty over the former’s ‘Stay With Me’ and the latter’s ‘Won’t Back Down’.) As it turned out, appeal permitting, their own bullishness probably cost them not only more money, but a great deal of credibility. While Williams will likely retain his status as a go-to hitmaker, his reputation won’t escape untarnished.

Having said that, the Gaye family don’t necessarily come out of this smelling of roses either. Are they genuinely the noble protectors of Marvin Gaye’s work and reputation, or are they primarily on the look-out for a quick buck? Take a look at the nauseatingly cringey new McDonalds ad below, for which they granted the rights to Marvin Gaye’s classic ‘Inner City Blues (Make Me Wanna Holler)’, and make up your own mind.

Ultimately, while there may be fewer similarities on manuscript paper than you might expect for this verdict, it’s unlikely to suddenly result in a thousand rights-holders suddenly launching copycat suits. If anything, Thicke and Williams have their own aggressive legal attitude, public statements about the song in question, and maybe even negative press about the lyrical content of ‘Blurred Lines’ to blame. The next music copyright infringement case will have its own specific characteristics, and won’t necessarily be able to use this one as a precedent. (Although there are plenty of musicians, whose songs have been clearly ripped off for use in adverts while musically altered just enough to escape lawsuits, who might be more inclined to chance their arm in future.)

Indeed, unless the next case involves similarly well-known figures, you probably won’t even hear about it, much like you probably wouldn’t have heard about this one were it not for the personalities involved. Ultimately though, if you’re worried about being sued for writing a song which strikingly resembles another one without constituting pastiche or satire, there’s an easier way to do it – try and write something we haven’t already heard a thousand times before. If you can’t, maybe give up and make room for someone who can.

Snapchat: A one night stand or a keeper? 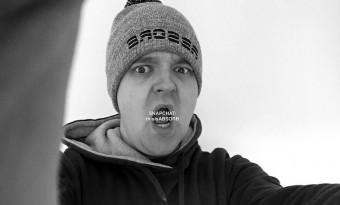 You may think Snapchat is just full of teenagers swapping inadvisable nude pics, but as guest blogger ABSORB explains, it could also be a boon for unsigned artists...
Read More