For most fifteen-year-olds, getting into warehouse parties can be a struggle. First you’ve got to find a believable story to convince the ‘rents that you’re not actually going to a warehouse party, and shortly afterwards, when they see through your pitiful pubescent lies, conceive a practical late-night exit strategy from your bedroom. Then there’s getting there, getting in, getting wasted and getting back, all of which create their own issues.

Charlotte Aitchison, better known as Charli XCX, didn’t have any of these problems. Rather than chain their daughter to the radiator, her parents funded self-recorded singles like ‘!Franchesckaar!’ and ‘Art Bitch’ when Aitchison was aged just fourteen (she’s since paid them back), and after uploading them to Myspace she soon found herself attracting the attention of an East End rave promoter. When asked for a stage name, she went with her MSN Messenger ID: Charli XCX (although she later told her less-than-amused label that it actually stood for ‘Xrated Cunt Xrated’).

Having been largely influenced by contemporary songwriters like Lily Allen and Kate Nash up until that point, her experiences in the warehouse scene soon saw her adding an Ed Banger-influenced dance edge to her pop tunes, along with some of the bolshy attitude of long-time favourite, Uffie.

Aitchison describes her music as “purple pop music…moody, emotional and rich”, seeing herself sitting alongside artists like Grimes and Sky Ferreira, whom she recently shared a V Magazine cover with: “I really feel like the three of us are pushing boundaries and writing songs that actually mean something,” she enthused, “these are not the shallow “I’m in the club” songs”.

“Gothic pop music,” is another description she’s used, although she is very much on the pop side of that particular coin (with Zola Jesus perhaps on the other). Brash, catchy and capable of producing the odd curveball, her recent album ‘True Romance’ has managed to garner hype from PopJustice and Pitchfork alike.

Partly this is thanks to some choice sampling of artists like Blood Diamonds, Paul White and mystery man of the moment Jai Paul (aka the world’s most creative, clueless or conniving internet self-publicist going, depending on your opinion), while Gold Panda’s ‘You’ forms the basis of her best track, ‘You (Ha Ha Ha)’.

She’s admitted that her music is conceived visually as much as aurally (“I know when I’ve written a good song when I can imagine the video”) and the ‘You (Ha Ha Ha)’ video features a surprising amount of gunplay for the brainchild of a young girl from Hertfordshire. This proved briefly controversial in the aftermath of the Sandy Hook shooting, although considering the bullets in the video are substituted for lipstick, that may have been a somewhat knee-jerk reaction.

Her ‘goth’ side comes out most clearly on tracks like ‘Stay Away’, with Sisters of Mercy-worthy lyrics like: “You choke my throat / With words of wonder / You make it hard to breathe / Your love so cold / Just like an arrow / Pierced through my skin I bleed”, while at other points she sounds almost like a young, female Tricky.

Even when the music is pure pop such as on ‘Set Me Free (Feel My Pain)’, which could have been written for Rihanna or Jessie J and has a chorus worthy of Aitchison’s beloved Spice Girls, the lyrics are much more visceral than on your average pop track. Lines like “I feel the skin dripping from my bones” add a nice touch of lurid zombification to what’s otherwise a straightforward heartbreak number.

Another thing that elevates her above the general pop mush is her rapping ability. The crush-centric ‘What I Like’ casts her as a kind of British Kitty, but her most ear-catching performance is on ‘So Far Away’, where her deadpan delivery is frequently spat out in polyrhythmic triple-time, against a background of flashing lights that makes you feel like you’re speeding around the M25 at midnight.

It’s a direction it’d be interesting to see her explore more of in future, although it’s hard to imagine her taking it right now. “I never wanted to be cool, or make a hipster record,” she has affirmed, “I’ve wanted to write good pop music, beautiful pop music”. ‘True Romance’ shows she has the talent to do just that, but should her label decide to re-evaluate the potential of ‘Xrated Cunt Xrated’, we’d be intrigued to hear the results… 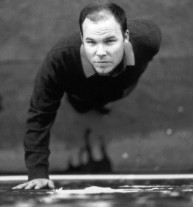 Some musicians are content to slop out the same material again and again, spooning it into the drooling jaws of their unimaginative fans with so little variation that it becomes impossible to distinguish whether their latest record is a new release or just a remastered edition of an old album beefed up with some 'bonus tracks' (i.e. badly-recorded versions of the same mediocre songs). Other musicians are David Grubbs. Inspired by the English post-punk of PiL and Gang of Four, Grubbs formed the mighty Kentuckian hardcore outfit Squirrel Bait aged just sixteen, a band whose members would go on to play in post-rock cornerstones like Slint and The For Carnation among others. Grubb moved onto the more experimental but still noisy Bastro, who incorporated keyboard instruments and musique concrète into their sound, and also briefly moonlighted in Codeine and Bitch Magnet. His musical imagination spread even further with the transformation of Bastro into Gastr Del Sol, which translates, brilliantly, as "Stomach of the Sun". With the eventual addition of the legendary Jim O'Rourke, the band saw Grubbs' musical imagination expanding like never before, culminating in 1998's incredible Camoufleur album. A surprisingly accessible melting pot of all their influences, it's possibly the only album ever written that manages to incorporate steel of both the pedal and drum varieties without sounding ridiculous. Since they disbanded Grubbs has released a plethora of solo records and collaborations, playing with artists as diverse as Matmos, Will Oldham and The Red Krayola, while developing an idiosyncratic playing style that has its roots in learning to play guitar the 'wrong way round', as he revealed in a recent interview: "I’m left handed but play right-handed, and I think that 90% of my focus as a player is in my left hand, and in the instrument’s intonation. It’s hard to explain, but I think my hands are more responsible for my sound than the gear I use". This week sees the release of his latest album on Drag City, 'The Plain Where the Place Stood Still', and as an entry point into his music it's pretty perfect. Nowhere more so than on the spectacular title track, which conjures the enticing proposition of John Fahey sitting in with Australian jazz adventurers The Necks. In fact, you only wish it lasted as long as a Necks track, as it's a song to completely lose yourself inside: an electric guitar riff takes you by the hand and leads you through the undergrowth, while C. Spencer Yeh's violin flits around your ears like a manic flea. Grubbs voice, which is somewhat less expressive than his musicianship, is only heard on four tracks, with I Started To Live When My Barber Died being the most enjoyable of four efforts thanks to playfully poetic lyrics like: "My favourite song went something like this: / “Well I started to live when my barber died / My hair grew curly, my sideburns wide” / That's it / I just remember the two lines". Elsewhere the album is dominated by muscular riffs and mellow drones, often, such as on Abracadabrant and Super-Adequate, during the same piece. The latter's title certainly does the song a disservice, as only the prefix is necessary for a track that could almost have come from Fugazi's 'Instrument' soundtrack. There are also elements of (Smog) and Mice Parade on Ornamental Hermit, while the minimal tones and deft, skittering percussion on Third Salutation throb like the best headache you've ever had. It's a restless, exploratory album, from a restless, exploratory musician who merits investigation by anyone unfamiliar with his work. "The first groups that I loved were Kiss, the Who, the Beatles, the Rolling Stones," he says, "but who wants to live in the past?". Quite right. Face forward, and listen to David Grubbs.
Read More