I’m pretty rubbish at this job. I agree to review things all the time, get sent a copy, and then forget. I don’t get paid enough to feel too guilty [you get paid? – Ed], and the editor is too kind to give me a stern enough bollocking, so they sit, in private Google Drive folders or hidden SoundCloud playlists, often cruelly unlistened to.

And frankly, for most of them, it’s too late, or I’m too uninspired to write anything big, so here’s a bundle of reviews of things I meant to review, but didn’t.

This is mostly so I can look the editor in the eye with nothing but love, and not the twinge of guilt that occasionally seeps through.

I assumed it was an ironic title.

Once I delved into the simple, ambient pieces held within, I was disavowed. It’s exactly what it says on the tin.

Ambient music is really easy, but also really hard. It’s easy to make something listenable and inoffensive. Or even nice… even lovely. But that’s not what it’s about. Truly wonderful ambient music is transcendant, it acts to take you out of your day-to-day, and into something perfect, unique and heart-wrenching.

This album is all very lovely. I quite like it.

But that’s not enough.

Basically, it’s something I’d expect to hear in a trendy dentist’s waiting room or a German service station toilet.

And frankly, even in both of those places, I’d probably still rather listen to Kid 606’s more… anarchic… work.

Still. It is quite nice.

Born Ruffians’ first album belongs around a camp fire. Or at least it always smelt of one to me. The reckless energy of their choruses (as in them all singing together, rather than the bits between the verses) was heartfelt, passionate, and begged you to get involved and sing along.

It’s actually one of my favourite things for music to do, beg for involvement. I think it’s actually what all the best pop does. Good pop tells you ‘yeah, this is good, but it’d be better if you danced/sang/tapped out a rhythm/picked up a cello/fucked your brains out/got into a fight’.

Born Ruffians used to do that to me. Their second album and this, their third, just doesn’t.

It’s a solid album, full of strong songs. It just doesn’t grab me. Sorry if that is hopelessly vague. But I think I’m still a bit tender. I wanted to be singing, and it just doesn’t stir.

Sorry Ruffians, I still think you craft an excellent piece of songsmithery, and you have an energy and passion that I adore. You will always make me smile. But you don’t make me want to sing along any more, or convince other people to join in so we can do a round.

You’re still welcome around my camp fire though.

Another one that doesn’t show my favourite side of an artist, but I think this stands up.

I’m a fan of the Kim Hiorthøy who has striking harmonies on top of ebullient but rigid beats. I like him best when his eyes are on the dancefloor.

Here we have an assembly of piano-led pieces, occasionally bursting out of ambient soundscapes, or opening up with a beat or two, but the piano is the star.

It’s fine though. As actually, those harmonies and strange melodies are the real charm of Hiorthøy. The beats might be what make you move, but it’s the unusual, off-kilter harmonic sensibility that makes him stand out.

And that’s here in spades.

The whole thing also gives the impression of being made in a cellar, which is pretty romantic.

Anyway, I didn’t know much about LV, except that they did my favourite remix on the Portico Quartet remix album a while back (I’m a ‘Portico’ denier by the way, refusing to acknowledge what they’ve become… stick with the quartet, chaps).

Anyway. Basically, I went in not knowing what to expect.

The first track was rattly noises, so I assumed ambient experimentalism. The second track was pretty engaging lounge jazz with elements of a more aggressive beat structure underneath. Colour me charmed.

I remember with fond nostalgia an era when there was a hell of a lot of surprisingly satisfying (if ad-man friendly) music that just consisted of jazz riffs over a precise but warm breakbeat. I guess now we’ve still got that furrow to plough, only it’s slightly more likely to be two-step underneath.

That’s unnecessarily cruel to bring up here though, as actually the intersections between the beats and the jazz are strong here. This feels like it’s been grown together, rather than just telling someone to jam over a nice beat, and then looping the hookiest part.

I’m happy with it. It sounds improvised enough and structured enough. It’s pleasing. It’ll probably still end up on an advert though. But it might be an advert for something nice?

If you like to probe the line between electronica and jazz, you should probably dive right in. It’s pretty on the nose.

I guess they were right to send it to me.

Single-Minded: The Writing's on the Wall for Sam Smith 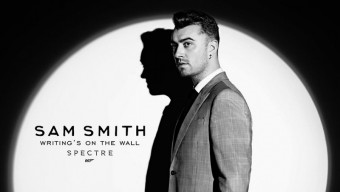 This week's column features a Bond theme knocked off in 20 minutes that doesn't even mention the film's title, plus some stuff we did actually bother listening to...
Read More