Jazz and nostalgia are synonymous bedfellows, but tonight is no ‘victory lap & play the greatest hits with three encores’ type of gig. Strata East started in the early ’70s as an outlet for free spirited Black Jazz musicians to release music that was being ignored by mainstream labels. Champion crate digger and early supporter of the label Gilles Peterson was the main architect behind tonight’s celebration of this visionary label. His call set the wheels in motion and slowly but surely, just like a group of jazz-minded jewel thieves, the musicians responsible for a large percentage of Strata East releases in the ’70s reformed for one more heist. Led by the label’s co-founders – pianist Stanley Cowell and trumpeter Charles Tolliver – the sold out Barbican audience are treated to a masterclass in post-bop, soulful progressive jazz.

The gig is split into two sets with dreamy and flawless renditions of Cowell’s timeless ‘Effi’ and Tolliver’s sublime ‘On The Nile’ being highlights of set one. During the course of the night a number of interchanging hand-drawn projections of Strata East artists and imagery associated with the label, by illustrator Ben Connors, illuminate the proceedings and affectionately capture Strata East’s ethos and history in a way that complements the band’s joyful interplay impeccably. This provides a very welcome visual centrepiece in a unique style seldom seen at a jazz gig or otherwise.

The second set features the distinctive tones of guest vocalist Jean Carne, and her presence shines even brighter with the chemistry of all involved blending to create a sonic soup brewing with all the right ingredients. Her soul-stirring rendition of ‘Spirit Of The New Land’ is particularly poignant given the context of the present day post-Ferguson social unrest in America.

A guest appearance by poet Mike Ladd to assist with probably Strata’s best-known song – Gil Scott Heron’s ‘The Bottle’ – slows the set’s momentum. His nervous constant fumbling of a lyric sheet and lack of clarity when delivering his verses coupled with the disjointed performance from an otherwise excellent rhythm section extracts the power out of the relentlessly funky groove & pointed social commentary of the original.

This, however, was a minor setback during a celebratory night. As Jean Carne mentions onstage, the band are usually used to playing much smaller venues than the Barbican, and you could sense that all involved were genuinely humbled and grateful to all those lucky enough to witness a collection of trail blazing musicians return the appreciation with two hours of timeless music. 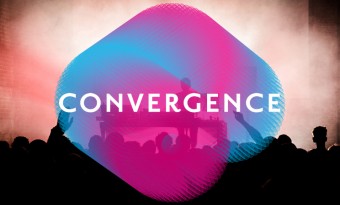