If Sam Smith can’t be arsed to spend more than twenty minutes writing a song, should we be arsed spending five minutes listening to it? Possibly, but why bother when there’s all this lot to be getting on with…

Former Parts & Labour frontman Dan Friel is now dealing, as the backdrop above suggests, in something rather more colourful. Friel has referenced late-’80s Sonic Youth in relation to ‘Rattler’ but the rainbow electronics and crushed distortion also bring main moogerfooger manipulator Dan Deacon to mind. If you like this sort of frenzied noise-pop then be sure to investigate the rest of his new album Life, which is similarly full of ecstatic day-glo chaos. Kier Wiater Carnihan

Girls Names – I Was You

There’s always at least one track on every Girls Names album that I absolutely adore. Last time around it was the seven minutes of bliss offered by ‘The New Life’, and this time I suspect it could be the soiled six-minute scowl of ‘I Was You’. If you feel like there aren’t enough bands who sound like The Birthday Party these days, this is the invite you’ve been waiting for. KWC

Is Tropical have always been a little too tongue-in-cheek for me, sort of like the ultimate hipster in-joke which isn´t very funny. Saying that, ´Dancing Anymore´ was a great tune with a great video. I haven´t seeing the video for ´Fall´ but thankfully the tune fits into the same category. It´s not world-changing, but the heartfelt harmonies and gently rising crescendos of the final refrain, backed with distorted synth wobs and hand claps, have enough charm to win me over. Nicholas Burman

This straddles the grime-y beats and more left-of-centre, skittish, personality disorder production style quite well. It´s pretty while also being encouragingly gurning, a winner all round, I think? NB

China is all the rage at the moment. The once culture-blocked mega-state is ever so slowly leaking talent and the Western music industry is reciprocating, with most of the majors setting up shop there in some way. There have been some music festivals which have actually managed to take place there this summer as well. Winner!

One of the more interesting developments is the announcement that Berlin label !K7 have joined forces with FakeMusicMedia, coincidentally run by a German from Beijing. The last thing we need is more Cantopop influences; that genre has largely always being a pale imitator of Western pop music (a lot of those artists in the genre have covers albums of Sinatra classics and numbers from musicals, etc).

Nova Heart meanwhile are on the opposite end to that; the downtempo synth three-piece have been slowly making a name for themselves outside of their home country with showcase shows this summer, and now it sounds like they´re willing to take European ears by dark seduction. ´Evil´ is a nice, atmospheric curveball, minimal in design but unflinching in its beat – it´s exactly the sort of thing you´d expect to be produced in a city which is home to eleven million people. If there are more bands like Nova Heart then I can´t wait for those boarders to continue opening. NB

This swift burst of dark and bouncy alt-house is really captivating. Handclaps, pretty percussion, a skittish beat and just-right topline makes this perfect for some repeated plays – a good example of quality over quantity. NB

Full disclosure no. 1: I’ve played with PROM’s Angela Won-Yin Mak in her other project Parlour, which makes the grinding, serrated sound on tracks like this even more intriguing to me – I always knew she was a great guitarist, but there was never any hint of the cut-glass screaming she emits on ‘Touch Me’. It’s a track that fizzes with vexation and frustration, and makes their date with Girl Band at The 100 Club next week even more essential than it already was. KWC

Sam Smith – Writing’s On The Wall

Full disclosure no. 2: I haven’t even bothered listening to this, as it can only be streamed on Spotify and the amount of RAM needed to boot it up seems like an unnecessary extravagance if I’m just going to waste it on listening to Sam Smith. However, while I can’t criticise the composition itself from a position of knowledge, I can moan about the fact that this new Bond song not only doesn’t share a title with the film, but apparently doesn’t even mention it in any of the lyrics. Smith has also boasted of writing it in only twenty minutes, although I’m not sure why that’s anything to be proud about. You know the last person to boast of writing a song in such a short time? Pharrell Williams, talking about ‘Blurred Lines’. Didn’t work out well for him.

It all suggests a phenomenal lack of effort on Smith’s part considering how much money this song will inevitably end up earning him, not least when you consider that Adele recently managed to not only write the best Bond theme in years but also repeated the film’s title twenty times in the process. Seriously, how hard would it have been to have chucked in a word that rhymes with ‘Spectre’? It’s hard not to hector Sam Smith for being such a noxious vector feeding on the hide of the Bond soundtrack sector (formerly bursting with such iconic musical nectar). Allow me to declare myself a conscientious objector. KWC

Bat For Lashes´ new project with one time East London minor royalty TOY sits pretty comfortably in the goth-kraut environment it’s working in, but has enough atmosphere to raise it above its station, while the fuzzy, sliding bassline makes ´Ha Howa Ha Howa´ pleasingly hypnotic. NB

Full disclosure no. 3: I also played with Warm Brains’ Rory Attwell in Parlour, and coincidentally happen to be recording some drums in his Lightship 95 studio tomorrow. Obviously I should give this a good review solely on the basis that I don’t want the cymbals to sound shit (I can do a good enough job of that on my own), but luckily no insidious brown-nosing is necessary as this is one of the best Warm Brains songs to date. Imagine if Pete Shelley had joined Quickspace but insisted on writing songs about Vasco da Gama, and you’ve cooked up something approaching this breakfast of champions. KWC 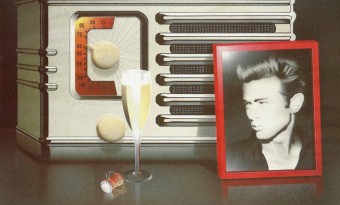 Hear the eight best EPs we were sent over the summer, from the mournful musical fragments of Semi Precious to the divine confusion of Geoff Barrow's Beak> /