Our first single this week may come from a band whose name is an acronym for ‘Live Under No Authority’, but have they ever faced an authority as imperious as Single-Minded?

If grime has a problem, it’s that its lack of variety may one day may make it start to get a little bit tiresome (although it’ll always be a reliable way to start a party). The Age of L.U.N.A. offer a little glimpse at what could be the next step. Not that this is grime, mind, although 8bit bleeps are sprinkled throughout. A lot of it sounds like the 18-year-olds are listening a little bit further back than that, towards jungle rhythms, the dub wobs of Notting Hill Carnival, and the sort of modernised African rhythms as displayed on the recent Fantasma record. Nicholas Burman

When I played this collaboration between Cate Le Bon and White Fence in the office, comments ranged from “it sounds like it was written in the seventies” to “it sounds like it was written by a child.” My own (somewhat more charitable) opinion is that it sounds like it was written with the express intention of being played by John Peel. Unfortunately for DRINKS, nowadays this has as much chance of being played on Radio One as the recording my exasperated girlfriend once made of me snoring in my sleep, which is a shame as there’s a messy charm to this that the station has sorely missed since Peel’s demise. Then again the duo were recently interviewed about this project by Vogue magazine of all publications, so who knows any more? Kier Wiater Carnihan

This is full pelt synth glam, and finds Empress Of offering the listener no breathing space: “Let me walk away,” she sings over a sky-high ’80s synth. If the rest of the upcoming album can keep up this pace [li’l hint: it does – Ed.] it’ll be well worth turning up. NB

Evil Blizzard were supposed to contribute to a Monitors feature about British and Italian psychedelia and horror films last year, alongside their Italian peers Mamuthones, but the lazy bastards never got their contributions back in time. Presumably they were too busy re-recording this eight-minute opus for their new album Everybody Come To Church, which has been produced by, erm, Embrace’s Richard McNamara. Fortunately the only sort of embrace ‘Sacrifice’ resembles is the sort that squeezes the life from you while laughing maniacally, for this is an absolute beast of a track that belts you in the face with a riff as heavy as a railway sleeper. KWC

Foals – Mountain At My Gates

I’ve never liked Foals much but I’m sure I heard one of their songs on the radio recently that had me doing a double take when the DJ announced who it was by, such was its unexpectedly ballsy, serrated sound. I must’ve been mistaken though, as this latest track has about as much edge as a blacmange. The YouTube info clarifies some lyrical gems from Yannis Philippakis like “i’ll drive my car without the breaks,” [sic] and if this is the sort of anodyne shit Foals are going to churn out then we can only hope he’ll make good on that promise soon. KWC

Homeshake – Give It To Me

Homeshake makes his second Single-Minded appearance in just over a month, with a song even more groggily off-kilter than the last one. ‘Give It To Me’ is a lo-fi slow jam that’s too stoned to be sexy, but nevertheless comes with enough appealing licks, chimes and rhythmic quirks to avoid being chucked out of bed. The Canadian’s second album is due out in September, and from what we’ve heard so far it may well outshine his former touring partner Mac DeMarco’s own 2015 LP… KWC

At around 1:26 you know exactly what’s about to happen, and you wish it wouldn’t. The sub par, big room house beat of ‘Tonight Belongs To U!’ (his exclamation mark) sounds seven years out of date already, and it sounded pretty shite the first time round. NB

Perhaps surprisingly for such an uncontroversial figure, Kurt Vile’s last album split opinion at The Monitors more than virtually any other before or since. Whether you think he’s Americana’s most consummate proponent or a boring MOR hack, ‘Pretty Pimpin” is unlikely to change your opinion much either way. As someone who errs more towards the former, I have to admit that it did leave me almost dozing off, but in a fuzzy, valium-in-your-Ovaltine way that ensures there’ll be no consensus round here any time soon… KWC

A skittering rhythm cuts across a Dilla/Shadow landscape in this new production from the Manchester-based Model 86. It gets really playful in the final ten seconds, and I hope Model 86 returns at some point soon, with something which keeps me a little more interested for a little longer. NB

China’s independent scene largely goes from quite recognisable musical tropes (’90s indie, mainly) to really, really insane noise stuff. There are a couple of acts I’ve come across who manage to straddle both scenes and are outward-looking enough to do something a little more original. AM444 is one of them (you can check them out on Spotify) and the other is Beijing’s Nova Heart. This particular track is a soft combination of bass and falsetto vocal, and amongst this week’s offering it’s definitely refreshing. NB

If it wasn’t for the singers’ Irish accent, I’d have probably assumed Silverbacks were yet another Parquet Courts alter-ego, so similar do they sound. They do at least execute said sound very well, nailing the jerky slurring of New York’s finest with aplomb, and if you want to see some further facets of their slacker rock then their self-released album Hot Bath can be downloaded here. KWC

I didn’t really get the latest Thundercat release, although it was funny reading Pitchfork so frantically try and say something meaningful about a record with so little meat on its bones (and not in a good way). ‘Them Changes’ is a fine slow jam, but I still much prefer Thundercat when he’s collaborating. NB 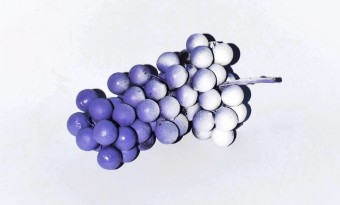