Single-Minded is back, so pour yourself a daiquiri (you’ll see why in a minute) and prepare to enjoy the cream of this week’s singles…

We’ve had our eye on South London collective Squareglass for a while now, and this summery single may just be their most polished release to date. ‘Exquisite’ is not usually a word I’d use in conjunction with deep house – in fact, I rarely use any words in conjunction with deep house – but the Berlin-based Ballerino’s ‘Love’ really is exactly that. Syrupy, blissful, tranquilised gorgeousness, it basically sounds like how a perfectly mixed daiquiri tastes. Delicious.

Chet Faker is so smooth that sometimes you find yourself pining for a bit of gritty texture just to stop him soothing you to sleep. ‘Bend’ is a lost track from last year’s debut album Built on Glass, and while you couldn’t describe it as gritty, it would’ve been one of the most diverting tracks on the record if it had made it on. The brooding verses are neutered a little by the unconvincing funk guitar, but Chet Faker could do with bending in this direction a little more often.

HeCTA – Till Someone Gets Hurt

HeCTA manage to sound awkwardly out of date whilst also sporadic enough to feel retro-futuristic, and it’s a combination which has left me confused and entertained. ‘Till Someone Gets Hurt’ is like a groovy LCD Soundsystem demo which never saw the light of day and has been reworked by Squarepusher fans. Perfectly jagged for a Friday afternoon, methinks.

Do you like to wooze? Well this new track from Homeshake woozes about all over the place in the most pleasing way possible. Its influences – Mr. Fingers, Japanese popstar Chiemi Manabe, D’Angelo – may be disparate to the point where it’s hard to imagine how such a combination could work, but somehow it does. A sad but satisfying single.

Valerian (the plant) is a herb which hippies use as a kind of natural alternative to valium. ‘Valerian’ (the Kelpe track) should probably not be used as an alternative to valium, although it may be quite pleasant to listen to after you’ve taken a couple. It also seems to grow like a rampant creeper, scaling your speakers with layer upon layer of electronics in a way which feels tense but uplifting. The denouement is a little underwhelming at the end of it all, but it’s a lot of fun getting there…

Translating as ‘Women, We Have To Be Respected’, this is not only my favourite Quechua feminist anthem of the week, but my favourite track period. It sounds like someone’s taken a Bolivian Kate Bush single, crossfaded it with some Andean folk music, and then switched both decks from 33rpm to 45rpm at random, and it’s brilliant. I must admit to having been ignorant of Luzmila Carpio’s impressive history up until now, but with a collection of restored tracks coming out Squirrel Thing Recordings this summer, that’s something I aim to rectify very soon.

This just about makes up for Giorgio Moroder’s comeback album (which Lifelike & Kris Menace actually contributed a remix to) turning out to be the unremarkable, guest-star-a-thon we all feared it would be. Spaceship synths, weightless hi-hats, flickering percussion; this ticks all the modern disco boxes with a diamond-encrusted quill dipped in peacock’s blood. Summer’s here kids.

With ‘Seven’, Myth manages to do something pretty impressive – make something that sounds murky and deep and yet clean and airy at the same time. With a lightness of touch that recalls E.M.M.A.’s Blue Gardens LP, it looks set to get new label Halcyon Veil off to a flyer… 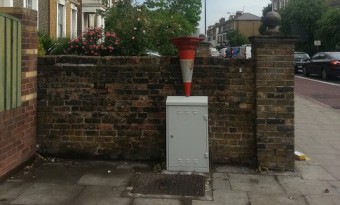