Kier Wiater Carnihan’s blocked ear seems to have cleared up since last week, just in time to inflict this week’s singles upon it…

Co-founder of The Unicorns Alden Penner is about to tour with occasional collaborator Michael Cera of Arrested Development and Scott Pilgrim fame, a combo that would lead you to expect quirky indie hi-jinks aplenty. Or perhaps, judging by Penner’s latest track, not. Kicking off with stark acoustic guitar repetition over a gently growling bass drone, it sounds more Michael Gira than Michael Cera and is quietly spellbinding in its way. The fact it switches into a more obviously Unicorns-y jam halfway through is a less surprising surprise, but cements the conviction that Penner’s upcoming tour is definitely one to catch.

Ever wanted to know what Elliott Smith would’ve sounded like if he’d joined seventies soft-rockers Chicago? ‘You’re Out Wasting’ might be as close as you’ll ever get. I defy anyone to not think they’re actually listening to a bonus track from Either/Or after the first ten seconds, but the AM Gold-friendly vocal harmonies on the chorus, despite being in a style I usually detest, dovetail surprisingly nicely with the rest of the track. Not a waste of time after all.

Breakage – To Be Around You

Digital SoundBoy’s Breakage is adept at putting out tracks that feel like they’re just a hair’s breadth from ghosting into the Top 10, and ‘To Be Around You’ is no different. The ’90s vocal hook stops just short of becoming annoying, but it’s the moody bass that really powers what might be his most enjoyable track to date. It still feels like conversion to a smash hit would require a little more FM-friendly muscle and polish, but it’s probably better off for lacking it.

Wolfe’s heavy metal influences have generally festered under the surface of her music, surfacing as part of the suffocatingly dark atmosphere rather than overtly in the music. ‘Iron Moon’ heralds a slight change in this scenario though, exploding in a baleful gut-wrench of sludgy guitars which periodically subside for more familiar melodic passages. As a song it doesn’t quite reach the heights scaled on 2013’s Pain Is Beauty album, but as a dramatic tonal shift it makes for an intriguing introduction to its follow-up…

Compared to stadium dance contemporaries like Prodigy and Basement Jaxx, both of whom are also currently on the comeback trail, the Chemical Brothers have been fairly successful at staying relevant since the turn of the century. With tracks like this, however, it’s hard to see how much longer that can continue. ‘Sometimes I Feel So Deserted’ is five minutes of phasered-to-fuck nothingness that goes nowhere interesting and doesn’t even seem to enjoy the trip. Their new album features enough interesting guests, as always, to justify at least a single listen when it’s released in July, but perhaps what’s Born In The Echoes should die in the echoes too…

British girl group M.O’s ‘Preach’ is being released just after Drake’s single of the same name, a coincidence made even weirder by the fact that the band’s name is actually derived from one of the Canadian warbler’s lyrics. Frankly Drake should be flattered, as his ‘Preach’ is an anaemic, overly auto-tuned mess in comparison to M.O’s.

In fact, their ‘Preach’ might be the perkiest pop-RnB number in years, drawing heavily from the genre’s ’90s heyday of TLC, Brandy & Monica and Destiny’s Child, while the video makes it look like they’ve simultaneously raided the long-lost wardrobes of All Saints and B*Witched. ‘Preach’ also recalls Sugababes’ take on Kendrick Lamar’s ‘Swimming Pools (Drank)’ at one point, but the impressive thing is that despite being something of a throwback, it all sounds incredibly fresh. Apparently M.O were nominated for Best Newcomer at last year’s MOBOs. It seems likely they’ll be preaching from the winner’s podium next time round.

Cards on the table: I think Jamie xx is one of the biggest chancers in music right now. From The xx’s apparent conviction that making miminal pop requires minimal imagination, to his arrogant burying of Gil Scott Heron’s voice in an unbalanced mishmash of half-baked ideas on We’re New Here (tragically the last album to bear the legendary artist’s name before his untimely death), he’s specialised in making cleverly packaged but creatively empty music.

More recently the producer has been appropriating musical eras such as hardcore rave, systematically stripping the music of all its guts and energy and turning it into the sort of superficial tastefulness he specialises in: bespoke musical piñatas filled with nothing but blank bits of paper. ‘Gosh’ is no different, beginning with a context-stripped vocal sample before slowly swelling into a pretty, but also pretty pointless, synth solo. To be fair it’s far from the worst music he’s ever released, but it all feels a bit like going to Notting Hill Carnival with your mum.

I’ve previously only known Camden as part of the immersive post-rock band Implodes, but his solo work consists of an altogether calmer quantity of drones and textures. In fact in many ways ‘Curiosity’ fits more easily into the Kranky catalogue than Implodes’ music, submerging you slowly in a soothing, fluttering soundbed rather than blasting you with noisy paranoia. With this week’s new Lee Bannon track dipping its toe into similar waters, perhaps ambient music is making one of its periodic comebacks into wider consciousness. If so, Camden seems well-placed to engage curious newcomers.

Latrell James – On My Own

Boston rapper/producer Latrell James may be an unfamiliar name to most, but loner anthem ‘On My Own’ might just change that. The minimal backing track gives his strong verbal flow space to shine, and the delivery also has enough keen verve to stop the track becoming overly morose. Plus, any track with a Seinfeld reference is always going to be a winner. Apparently James is a self-taught audio engineer known for offering brutal critical feedback. Luckily, none is necessary here.

One senses that PJ Harvey comparisons are going to prove hard to shake for this Swedish duo, but the sultry angst of ‘Tease’ shows that they’ve got enough tricks up their sleeve to keep the music sounding distinctive. The glass bottle percussion is made extra effective by being kept so low in the mix, while the reverberating bass on the chorus gives it a dancier rather than rockier edge. With the band already getting some attention from reliable radio tastemaker Lauren Laverne, this seems set to tease a few more fans out of the woodwork…

The fact that Denmark’s Reptile Youth sports an early ’90s Arsenal shirt in his SoundCloud profile pic immediately wins me over, and the invigorating track that comes with it seals the deal. Deceptively simple, it goes on for bloody ages and yet never feels like its outstaying its welcome, and builds up layers upon layers without ever feeling bloated. Jogging is against my religion, but if it weren’t, this is the sort of song I’d probably jog to.

I always liked Violent Femmes, so I’m going to resist saying exactly what I think about this comeback single beyond the fact that it simply shouldn’t have happened. Otherwise a review of ‘Love Love Love Love Love’ would only need to be five words long. I’ll leave you to guess what they’d be. 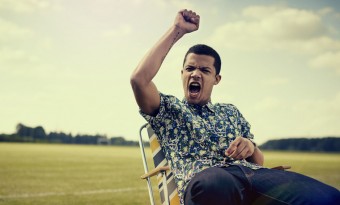 You may know him as Grey Worm from Game Of Thrones but Raleigh Ritchie is now set on conquering the charts, while Wolf Alice have left their old 'Bros' behind with a polished new sound...
Read More