Monitors editor Kier Wiater Carnihan is suffering with a blocked ear, allowing him to answer the question nobody asked: what do this week’s singles sound like in mono?

To be honest, the previous instalments of 808INK’s 3-part video accompaniment to their 2013 album An Artistic Piece passed me by, as did the album itself. More fool me it would seem, as the atmospheric gloom-rap of ‘Roulette (Piece 5)’ immediately makes me wonder what I’ve been missing. While the muffled strings and cheesy top-line at the beginning make you feel like you’re walking past a shit club at 3am, once the treble’s turned up it all slips into place. The chopped ‘n’ screwed ending is a nice touch too, so much so I almost prefer it to the rest of the track…

No disrespect to the Fat White boys, but the ERC always sound at their best with Peake out in front, and her performance here is as sneeringly acerbic as ever, bolstered with a dose of gothic drama. The lyrics may conjure the bleakest Yorkshire imagery imaginable, with lines about “hard-hearted farmers with their sacks full of bricks and kittens” (“… we know too well a Yorkshireman will always come back to fish out his bricks…”), but you can’t help wondering how much tickets to Valhalla Dale cost this time of year…

Friendships – Monarch to the Kingdom of the Dead

Melbourne duo Friendships have somehow managed to make one of the most London-sounding tracks of all time. And then smashed it up with hammers. Womping bass, garage keys and icy shards of percussion are all crushed together and the bits shaken into a bassbin and blown to smithereens. And yet despite its fractured appearance, it still makes you want to dance. Violence, confusion and sackloads of sass – clearly what all the best Friendships are made of.

And so Madonna’s recent Thatcher-worshipping gaffe is followed by a single that nicks its title from the Specials’ Thatcher-baiting classic. For a second you start to wonder whether Madge’s Rebel Heart is actually a clever concept album about British politics in the ’80s. Then you hear the song and realise there’s nothing clever about it at all. Perhaps out of sympathy after her BRITs blunder, I gave Madonna’s mediocre last single a pass. This, however, really is pap. On this form, the only ‘Ghosttown’ Madonna’s likely to witness anytime soon is on Tidal next time she offers the beleaguered streaming service an exclusive…

In the past Manchester’s PINS have seemed to channel that city’s darker musical heritage, with their unfussy, post-punk numbers echoing the likes of Joy Division. ‘Young Girls’, however, is chirpy to the point where it sounds like it’s surfing the sunny beaches of California rather than stalking the grey streets of north-west England. Seriously, if someone told me this was the new Best Coast single I wouldn’t be surprised. While it helps pass a pleasant 3-and-a-bit indie minutes, hopefully it’s simply a sunny spell before they return to the shadows…

Jacob ‘Raleigh Ritchie’ Anderson has timed the release of this single perfectly, what with it hitting shops just after Game Of Thrones, in which he plays the freed slave Grey Worm, returns to television. He’s actually been releasing records for a couple of years, with ‘Stronger Than Ever’ reaching number 30 in the UK charts last year, but for a pop song released by a moonlighting actor ‘The Greatest’ is – gasp – not actually that irritating.

Even more surprisingly there’s a vague hint of social commentary in the lyrics, although the line: “When we work for the council / Stuck with a houseful of kids,” seems a little unlikely given Anderson’s televisual success. And while the track’s overall theme of a lazy generation alleviating boredom with booze might not be the best way to combat voter apathy amongst the youth, the chorus is catchy enough that you wouldn’t put it past Miliband’s team using it as a campaign theme if they don’t listen to the lyrics too closely. Like Miliband, ‘The Greatest’ clearly isn’t actually the greatest, but compared to the dearth of talent elsewhere in their respective fields, it’s not necessarily the worst option either…

Rodney Smith is clearly pulling out all the production stops on the comeback trail, with Four Tet-featuring last single ‘Facety 2:11’ followed by this Machinedrum-assisted effort. The danger with the multi-producer strategy is that occasionally it can make a record seem disjointed, but conversely the problem with these singles is that neither producer really makes their mark on what essentially sound like two more smooth but unspectacular Roots Manuva tracks. No bad thing, but it does emphasise the nagging feeling that it’s been a while since Smith released something truly exciting…

Saltwater Sun – Habit on my Mind


It’s hard to appreciate the current sunny weather in London when you’ve got a blocked ear and a head cold, and the last thing likely to cheer me up is the sort of by-the-numbers indie Saltwater Sun seem to specialise in during the verses of ‘Habit on my Mind’. So no one was more shocked than me when the chorus caused an actual smile to crack its way across my craven face. It’s the sort of raise-your-hands hook that makes you want to whip your hair about, although sadly if I was to do that right now I’d just spray snot everywhere. A band whose name also indicates the perfect accompaniment for their music.

Saul Williams has never been afraid of grandiose gesture or sharp-tongued spitting, and ‘Burundi’ delivers on both fronts. The dramatic strings and clattering drums build up the atmosphere, while Warpaint’s Emily Kokal provides a surprisingly effective vocal foil. Having recently starred in a poorly-received Tupac-inspired musical, the single sees him back doing what he does best: railing against Western doctrines with impassioned zeal and a heavy beat. His short stint on Broadway also seems to have given him an increased sense of theatre, and in that sense ‘Burundi’ serves as an invigorating prelude to forthcoming album MartyrLoserKing.

You always know a band has hit the big time when their early singles get a buffed up re-release with an eye on the charts. So it is with Camden four-piece Wolf Alice, a perennial next-big-thing since ‘Bros’ originally appeared two years ago, who finally seem about to fulfil that title. The fact they’ve reached that point by toning down the rougher edges and dropping the tempo drastically is a shame, but apparently it’s the band’s decision rather than that of an interfering label, which is usually the case.

I recently saw an enthusiastic thread about Wolf Alice on the Football365 forum, usually a sign a band has reached across-the-board appeal. Indeed, their over-polished new sound means I expect to hear them soundtracking goals montages on Football Focus for the foreseeable future, if not necessarily on my own stereo any time soon… 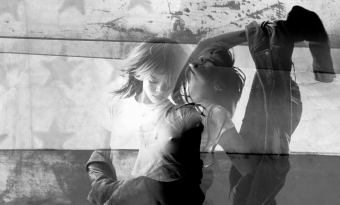 Lethal Bizzle skanks, Rihanna turns political and Slaves fail to cheer up London this week, but it's nu-soul star Eska who emerges with the Single-Minded crown...
Read More