Chicago’s drone-rock four-piece Implodes may have titled their new album “Recurring Dream”, but anyone who heard its predecessor, “Black Earth”, might be gearing up for a recurring nightmare instead. A post-rock black hole that seemed to suck all light into it, “Black Earth” also saw a silhoetted girl brandishing a blade on the cover.

“Recurring Dream” has a similar sinister (and brilliant) cover, featuring what looks like a real version of the Bad Dream House from the classic Simpsons Treehouse of Horrors episode (refresh your memory here). Fair to say you’d imagine that any recurring dream that this band suffers is probably a darn sight scarier than the one I’ve been having about caravanning with Mark E. Smith and some talking mice. Well, maybe.

“Recurring Dream” isn’t some evil-cloaked hellride though. While the band admit “the murky sounds of “Black Earth” continued to haunt us” during its production, they also intended to make its follow-up “a little less paranoid”. And they’ve succeeded. Yes, it’s a veritable hive of buzzing synth distortion that occasionally pushes you right up against the wall, but it presses against you in a way that feels like it’s seeking empathy rather than squeezing the life out of you.

Signed to Kranky, Implodes’ new record occasionally recalls former labelmates Deerhunter’s “Cryptograms” album (easily Bradford Cox & Co.’s best record), particularly the way it hops between hypnotic waves of guitar to abstract ambient interludes in a way that seems to mimic the natural processes of nature itself. There’s a story being told here, you feel, and it’s a bloody big one. The press release reckons they’re tapping into “the deep psychic recesses where our sonic memories first took shape”. That’ll do.

Indeed, the elements that make up ‘Scattered on the Wind’ feel like they’re being blown along by a gale, with little worms of guitar spiralling away from a simple beat while the breathy vocals are submerged underneath the general fizz. It feels like trying to hear someone shouting through a blizzard, although the bass rings through clear and true.

The lyrics may often be unintelligible, but the track titles are a blast. ‘Sleepyheads’ is woolly apocalyptic folk, the gothed-up ‘Necronomics’ exhibits a Simon Gallup-bothering appetite for chorus on the bass, while ‘Zombie Regrets’ floats upon an ocean of melancholic noise.

Musically things really kick on with ‘You Wouldn’t Know It’ though, which begins with the vocals slipping in and out like the shadows of cartoon villains over a Bauhaus heartbeat. Then cymbals start crashing and razor-sharp synths sound like they’re about to saw the whole thing asunder while a single, stoic, rain-soaked riff just about manages to hold it all together, even when it’s only just audible.

After all that, the delayed acoustic guitar and pleasant deep fuzz of ‘Prism and the Nature of Light’ feels like Windy and Carl running you a relaxing bath after you’ve spent the day standing naked on a hilltop, howling at a thunderstorm while up to your meaty bits in mud. It sets things up nicely for closing track ‘Bottom of a Well’, a tribute to the author Haruki Murakami; and with it’s introspective atmosphere of lonely melancholia, it’s a fitting tribute too.

The elements on that track are gradually brought in, but even as it builds it feels like it’s falling and Implodes are at their best when they shift from pummeling you with noise to suddenly standing back and flirting with inertia. If there’s a problem with “Recurring Dream”, it’s that there aren’t enough of these moments. A real dream shifts and jumps all over the place, constantly depositing you somewhere unexpected but in a way where you don’t feel out of place. While Implodes make sure you never feel out of place, sometimes it’d be nice to be shoved somewhere new, just to provide a bit more contrast. Nevertheless, this remains a dream that can’t recur often enough. No horror show here… 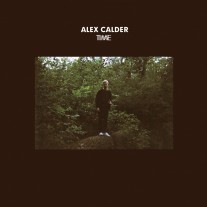 There are a wearying amount of musicians out there who, subscribing to the cult of Ariel Pink, seem to think that badly-written pop songs will magically become brilliant if they sound like they were recorded on a battered 4-track.
Read More