By the time Deerhoof take to the stage, the crowd around me are feeling restless. Maybe the kids these just don’t have the patience any more (surely with smartphones, the boredom of waiting should be a thing of the past now?) but I don’t think the venue helps. Oval Space is an odd venue which doesn’t really help build a connection with a group. The sound can seem distant and echo-y and the view can hindered and cause disconnect between band and audience.

Credit to Deerhoof though, when they finally do take to the stage they help bridge this gap effortlessly with their quirky sense of humour, dramatic showmanship, dance moves and killer punk hooks. Not to mention the jazz time signatures which seem to take different turns every time they seem to get some momentum going. In a good way.

They slam through songs from their recent record La Isla Bonita such as the relentless ‘Exit Only’, which crashes in with thrashing riffs before finding a groove in typical ‘Hoof fashion and racing to the end. ‘Mirror Monster’ shimmers with glacier guitars and Satomi Matsuzaki’s childlike icy and innocent vocals. It sounds heart-wrenching and gut-punching at the same time.

They debate which coast to live on before an electronic cartoon motif jumps in. Which reminds me, what you first notice is how much they look almost like cartoon characters. A gang of specifically styled characters who have their own distinctive features. Drummer (and quite easily the central focal point and band spokesperson) Greg Saunier seems to be unleash his inner monster like Animal from The Muppets, as he plays with random precision and chaotic technique.

I’ll be honest, I was at times mesmerised by his drumming with such a limited kit available to him, probably because I had just seen Whiplash and wanted to throw some cymbals at him to make sure he didn’t drag. He looks like a stick character, tall, lanky, languid and awkward, and he towers like a skyscraper above singer/bassist Matsuzaki, who seems so intent on throwing shapes it almost distracts you from the fact that she’s actually a very accomplished bass player. And let’s not forget Ed Rodriguez, whose Sideshow Bob hair-do bops over his red guitar, fretboard, pickups, even the darn cable, while guitarist John Dieterich keeps everything ticking along in completely low-key fashion, like a dad keeping his kids in check after they’ve drunk too much Sunny D. Which is pretty cool in itself.

I remember a quote when The Runners Four came out (8 years ago! Wow), where Saunier was attended a Wilco concert and people would start hugging each other because they loved the song that had just begun. It was something he aspired to, the point where it becomes more than just good music, turning into something an audience can emotionally connect with. I always thought it was a difficult goal for Deerhoof to reach, especially when their lyrics are half nonsense and Saunier himself takes to the mic midway through songs and talks absolute gibberish in his lazy west coast drawl.

However, when Deerhoof drop songs like ‘Twin Killers’ and ‘The Perfect Me’, I noticed something rather special. People looked at each other, they cheered, they got giddy. They sang along in high pitched voices (something the fella next to me should never attempt again, but fair play for trying) and moshed with passion. Which for an avant garde punk-jazz band is pretty impressive. Sure they’re not gonna be played on Mark Goodier’s Weekly top 40 (He still does that right?) but I like to think that it’s mission accomplished for Saunier.

They end with ‘There’s That Grin’ which grooves and rides along like a RnB song, sounding cool as hell before getting into the short and sweet ‘Come See The Duck’, which encourages audience participation. The fact they can cross over emotionally is just the icing on the cake. Because they are a highly fine-tuned, tightly gelled unit and it’s safe to say that there’s no one out there who sounds anything like them. And to me that’s probably the greatest thing you could achieve. 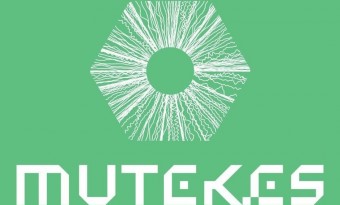 Going to a gig on your own in a foreign country can be an isolating experience, but Mutek's immersive showcase at Barcelona's Institut Francais provided a reminder that, ultimately, we're all alone...
Read More