The first V/A (visual/audio) showcase at Barcelona’s annual techno and leftfield electronica week under the ‘Mutek’ banner brought a French duo and a French Canadian to Barcelona’s Insitut Francais.

Going to gigs on your own can be perfectly fine. However, when you’re not too sure what the venue is and you’re wandering around a reception area while people chat in a language you don’t understand, with no beer anywhere, unaware you’re about to be ushered into a fully seated theatre environment in a basement… well, it can make you think you’ve come to the wrong place, or on the wrong night. Although I just realised this isn’t the first time I’ve been to a minimal techno event on my own for The Monitors. Hmmm, I think I need some more friends. Or less techno?

Once seated, it was time for the France-based Nonotak to rouse the crowd from their Thursday evening lethargy. Performing within a three-walled projection screen structure, not dissimilar to Flying Lotus’ current live set up, the duo complimented each other with Takami Nakamoto almost instantly flinging himself around in the somewhat limiting space while Noemi Schipfer stayed relatively stilted throughout.

Reminiscent of the Rhythm Games we covered here a little while back, Nonotak’s sound was industrially tinted techno – mainly broken rhythms and glitchy melodies encircling each other. The visuals were heavily dictated by the audio elements, the black background being the backdrop for stark white lines that sprung from the centre and meshed, spider web style, around the band.

It certainly put me into a trance-like state, although I did find myself drifting off and starting to think about things other than the music for a handful of seconds – possibly because the music and the visuals didn’t vary too much throughout the forty minutes of stage time. Or maybe that’s what it’s meant to do? A few shocks definitely came up through the chairs when the bass growled through the speakers after an ambient pause at least.

Next up was Herman Kolgen, from the musique concrete school of thought, who’s previously been known to put a man in a rooftop cistern for six days in order to capture the effect it has on the body.

Here he was showcasing his [ D U S t ] work, which based on the visuals I’m guessing was formed around, er, dust. Forming a much more cinematic, sound design relationship with the visuals, the sheer wave of the noise blasted through the speakers (Kolgen helpfully made a ‘more volume please’ gesture towards the soundperson a number of times) while dead flies collapsed onto Dune-like craters on screen.

Despite starting a little slowly, the protracted attention to detail was not only present within the sound design but also in the pretty stunning, scientific camera work, forming an intense atmosphere. I was imagining it to be the final throes of the most apocalyptic, sci-fi epic possible; alien bodies and dystopian rubble merging into a big, bombastic mess.

Unfortunately it ended with a press of the ‘ESC’ button on Kolgen’s laptop and a nervous wave before walking out of view. If he wasn’t making music for acid heads, he’d probably be a geography teacher.

The above isn’t meant to sound as beard-scratching (I don’t even have one, honest!) and pretentious as it might, and indeed it won’t ever really replace a gig where I can sing along. Saying that, A/V shows, when done well, create their own distinct environment, part cinema, part art show and part gig. And Mutek’s showcase was certainly immersive, before reminding us that we’re all just ‘dust’, ultimately alone in the universe. Or, in my case, at the Insitut Francais. 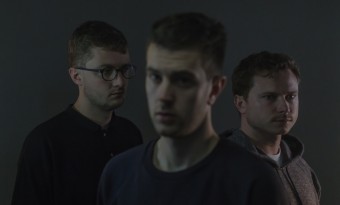 Check out our preview of this year's incredible Convergence festival, and WIN a pair of tickets to see Portico and Snow Ghosts at Village Underground...
Read More