Doubling up film and music seems to be a bit of a running theme at the moment, and with good reason – it brings together mediums to provide a much more varied night out than a standard pub gig. Especially on a Tuesday when you feel about as far away from the rowdiness of a Thursday show as it’s possible to get.

Located next to disused gas chambers, Oval Space (which I’ve criminally under-attended) is a multi-purpose venue, and although usually used for specialist club nights on a weekend has also been utilised by film societies and the likes of Visions Festival in the past. The balcony overlooks a strange abandoned ex-industrial space which I can’t quite believe exists in what might as well be considered a fringe of central London, with tinted windows covering the whole side of the venue.

The event tonight is being put on by the London Short Film Festival and Domino Publishing, as a sort of half-showcase half-networking event, with the door money also being used to help fund the LSFF. If you thought there wasn’t any money in music, you should talk to a budding film maker or two.

Opening the night was an early highlight: The Delian Mode. Kara Blake’s documentary studied the life of Delia Derbyshire, the woman who (as part of the BBC’s Radiophonic Workshop) is most famous for creating the Doctor Who theme tune. The film opens up a world of making music by mathematics, and scientific tinkering with radios and tape-to-tape reels. She was so ahead of her time it took years for computers to automate what she was doing with analogue equipment – more than impressive. It drew comparisons between the mathematic mind and the creative one in the same way this year’s Tim’s Vemeer did.

Laura Groves was the first music act of the night, who I’ve got to say I’ve never heard of before despite the fact that her previous project was released via XL. Guess not everyone can be a Twigs, eh? Not that she shared similarities with the ‘Chosen One (© ALL MUSIC MAGAZINES 2014). Her music was a relaxed, folky affair, with a full band behind her adding flourishes. Although her voice was perfectly nice and at times gave off the same sort of charm as a cup of tea, I did find myself out of my comfort zone with that one.

No such feelings arose when Luke Abbott took to the stage stage though. The sound design/techno one-man band played around with his synth to build a brief but warm electronic whitewash of beats and textures. It would’ve made a bit more thematic sense to put him on after the Delia documentary, but I guess it’s making those sort of connections which makes nights like this interesting as well as educational. It also seems to be one of the rare situations where a more subdued artist might make a bit more of an impact than in a boozer. 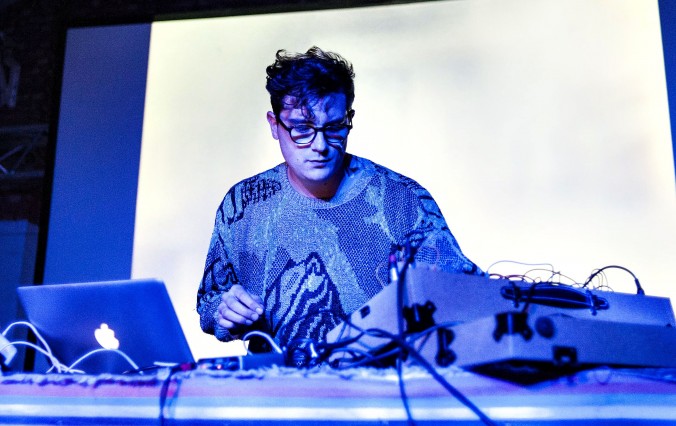 In between those two was the Chris Morris and Paddy Considine short My Wrongs #8245-8249 & 117. Being a Chris Morris fan (like every other film muso in the room) I was probably pretty open to enjoying it, but the psychedelic story line (dog persuades his walker he’s a lawyer, to grisly ends) made me chuckle and confused me in equal measure.

There was also a screening of These New Puritans’ live show, E-X-P-A-N-D-E-D, shot at the Barbican. Live show videos are traditionally hard to film in a way which makes them interesting to anyone who wasn’t there, but the sheer force of the orchestration behind the band’s second and third album tracks such as ‘We Want War’ was forceful enough to make you go “I wish I’d been there”.

The night concluded with Boxed In, a project from writer Oli Bayston. He’s collaborated with people as varied as Steve Mason, The 2 Bears and Rosie Lowe, and this is quite apparent from the band themselves. Tunes move from kraut-y 4/4 psychedelia to more nu-garage inspired bass numbers. Certainly not ‘boxed in’, ba-dum tish. Personally I preferred it when the band got into a bit of musical momentum with the rhythm and stayed away from the more tuneful numbers…

Although at times the night felt like a bit more co-ordination between the films being played and the musicians performing would’ve upped the ante a little bit, but I’ve got a soft spot when it looks like organisers have done more than just put an event on for the sake of it, and AMASDTS definitely didn’t feel like that. A free drinks token on your way in too, bargain. 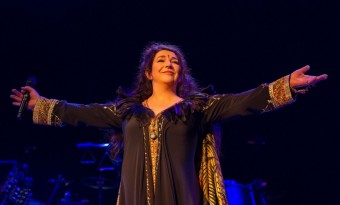 What is it about Kate Bush that evokes such an emotional response from her fans? And does her Hammersmith Apollo residency constitute the perfect comeback?
Read More