Over the past decade Mark Ronson has always been on the precipice of becoming a major pop star, but more often than not comes across as the production room guy who accidentally ends up with some screen time. His work with Amy Winehouse helped build the career of one of the most recognisable and successful pop stars of the past decade. Long before that, after spending the ’90s DJing at club nights in New York for P Diddy, his Here Comes The Fuzz all-star hip-hop LP spawned the now ubiquitous Ghostface Killah and Nate Dogg featuring ‘Ooh Wee’.

2007’s Version produced so many radio-friendly hits you couldn’t walk ten minutes without hearing the Daptone horns blast out the melody to Coldplay’s ‘God Put A Smile On Your Face’, or Winehouse’s reworking of ‘Valerie’. Other than the often forgotten Record Collection, Mark Ronson has been behind some of the biggest tunes of the decade, a man who understands the DNA of what makes a good single in the same way The Beatles did or Taylor Swift does. So what took him so long to get a bone fide hit under his own name?

‘Uptown Funk’ came into view at the tail end of 2014, a year when the singles chart proved to be more boring than ever – no mean feat. It’s amazing the thing still exists, frankly. Anyway, after what people said was a boost in popularity from an X-Factor cover, Ronson’s label had to rush-release the thing to see it slide in comfortably at number one. What actually happened was Ronson’s label Sony had the track online for ages, but for reasons no one can explain UK radio stations are still obsessed with playing songs that aren’t out yet, despite that fact that in 2014 to any reasonable person, if it’s on YouTube: it’s out.

Que much excitement as something representing genuine fun gets on Radio 1 and TV; “Christmas has a hit which helped the populace avoid the X-Factor winner’s single!” And, for maybe the first time ever, que excitement as to what a full Ronson album might actually sound like. Ten songs as good as ‘Uptown Funk’?

Due to their heritage and age, his closest peer is probably Pharrell. But Pharrell gets by on cliché and blanket misogyny, all jarring against a ‘boy done good’ PR spin – crying on Oprah and all. Pharrell’s pastiche of Marvin Gaye sounds like one song being copied at a time; or, to paraphrase a Californian judge, thieving one rhythm at a time. Meanwhile, Mark Ronson’s pastiche sound like ten songs all at once. You can’t quite put your finger on the individual tracks, but there goes a bit of Earth, Wind & Fire, there’s Stevie Wonder (who actually makes an appearance on the record), there’s a bit of Pink Floyd, there’s a bit of, hang on, Tame Impala?

The album kicks off with the aforementioned Stevie Wonder collaboration, which is a low-level introductory affair. It seems like a bit of a wasted opportunity given the calibre of guest he’s brought in on the act, but it slides into ‘Summer Breaking’ with smooth LA ease. Tame Impala’s Kevin Parker takes to the mic, with squelchy vintage synths and washy harmonies. It’s easy listening with the emphasis on easy. It’ll make for a nice soundtrack to a teen drama someday.

Quickly after that things pick up with the kick funk of ‘Feel Right’. It’s part James Brown, part Ronson circa ‘Here Comes The Fuzz’. Mystikal, part hip-hop MC part ’70s Motown hype man, performs with a furious charisma – if anyone else was in this role the phrase “we gonna rock this muthafucker” would sound gratingly obvious. The song bounces around like a hyperactive music fan furiously trying to play you all his favourite soul records at once, which is a state of play that Ronson excels in. During the outro, a voice ushers you to “the after party”, before the all too recognisable claps of ‘Uptown Funk’ come into view. I’ve always thought Bruno Mars was a bit of a sleazebag – someone that serially whiney on so many singles could only have a God complex – which is why his sleazeball Boogie Nights persona works so well.

Unfortunately the after-party may come a bit too soon, as from here on in Ronson moves into purely comedown territory. Bizarrely, the lyrics for the LP were written by Pulitzer prize-winning novelist Michael Chabon, not that you would notice, especially when Kevin Parker’s singing them (he returns for two more tracks before the record concludes). And while the easy listening worked as a smooth intro at the start, three tracks into the latter half of the record you start forgetting you’re listening to something written by a man who’s penned and produced some of the biggest hits around.

This could in part be due to co-writer Jeff Bhasker’s influence (he was Kanye West’s producer circa 808 and Heartbreaks). Or it could be because Tame Impala are really quite dull. Either way, the synth soul meanders flaccidly through territories which sound not quite vintage enough and not quite new enough to spark either any sort of excitement, or indeed nostalgia. At worst, they don’t really inspire anything. By its end, Uptown Special doesn’t feel so special. 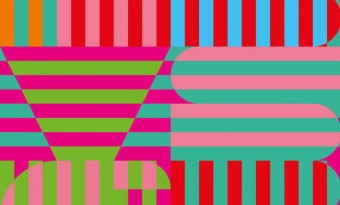 'Panda Bear Meets the Grim Reaper' is an appropriate title for an album that deals with life, death and loss, and it's a journey you’ll want to take again and again...
Read More