We’ve seen some great set-dressing at gigs over the last fortnight or so. Nadine Shah illuminated Union Chapel spectacularly last Thursday, while Ghost Culture’s gig at Corsica Studios the previous week was literally blinding, thanks to four industrial bulbs flooding the venue with light.

This, however, is on another level. Canadian seven-piece Hey Rosetta! have a reputation for live shows as grand as their emotive indie-rock songs, and this live video for ‘Harriet’ shows just how they’ve earned it, with the legion of musicians on stage beautifully bordered by a backdrop of coloured Christmas bulbs.

The fact that the video is shot in the band’s hometown of St. John’s, Newfoundland during the festive season helps explain the spirited atmosphere, and the band’s misty-eyed recollection of the event, imparted to The Monitors as we host the UK premiere of the video, suggest that the glow still hasn’t quite worn off ten months on…

“Last year’s show was a show with many different designs to it but I think my personal favourite was how everything looked during this track, ‘Harriet’. All the coloured Christmas lights drifting in and out of focus, and the big beautiful hometown crowd singing along. Pretty dreamy.

“These big holiday shows in St John’s have become a longstanding tradition with us. The event has grown from a couple hundred people about 8 years ago to a few thousand per night in the local stadium (the total population of our home town of St. John’s is about 200,000 total). It’s such a great time because so many Newfoundlanders move away for work but they almost all come back home for the holidays. And there’s almost always snow and parties and plenty of drinks flying around. All the positivity and celebration make the perfect weather for the shows. I hope that comes across in the video as sometimes its hard to capture energy like that on film.

“Hopefully we’ll get some of the same up in London this week. Certainly in the past there’s been flags flying and spirits high in that amazing city. Love it. Someday we’ll settle in and play a week or something. This time its just one single mad fun day.”

That day happens to be today, when Hey Rosetta! hit classy Camden venue The Forge (where we saw the kids from Amy’s Yard storm the stage recently). They then play Manchester tomorrow, where hopefully their new anti-Conservative anthem with Yukon Blonde will catch the ears of some of the right-wingers attending the Tory conference there this week. Tickets are available here… 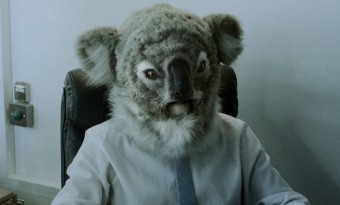 Have a gander at our eleven favourite music videos from the last month or so, including sublime efforts from HeCTA, Darkstar and Floating Points...
Read More