This is exactly why minstrels don’t come round your house any more Scott.

I was at The Monitors editor’s old New Cross flat for a party once, and all night, every time we tried to decide what to put on next, someone would request “Scott Walker’s The Drift” (always like that, the artist inseparable from the work), and a gaggle of others would shout it down. The night carried on until long after sunrise, largely with me and a friend exchanging classic disco numbers. The dancing was fabulous, but the hangover… that needed a bit of help.

What it got was Scott Walker’s The Drift. I think someone caved at about 4pm the next day, whilst looking for something to accompany the trollishly brutal Dark Souls (which my addled brain kept hearing as ‘Dance Holes’… I was pretty disappointed with the game that got played). In a basement flat where every surface had beer and fag ash ladled across it, with some digital someone repeatedly bashing tiny rock statues with a comically large sword, I got my first experience of late era Scott Walker.

It cut through everything: the pain, the smell, the boredom, the flat hair of the dog, the great company. It was horrible, but it was perfect. It was so utterly absurd: donkeys punched in Galway, Donald Duck impressions, shrieking voices, theatrical opera and ominous bells all around. I had no idea what to make of it. Half the survivors left the room. The other half sat entranced.

I didn’t get home, or sober up, for another few days, but once I did, I was on the hunt.

Louder, with time to sink into it, the record opened up further. It’s an assault on the senses, utterly unsettling, over-acted to the point of ridiculousness, quite willing to quiet-loud you into submission. It remains a tour de force of a monstrosity.

Scott Walker is a force to be reckoned with.

So when I heard that he was teaming up with Sunn O))), it sounded, frankly, terrifying.

My experience of Sunn O)))* boils down to a single gig. I knew the reputation, as some of the loudest, droniest doom metal out there, but I just wanted to experience it for myself. In an artificial fog in a venue swarming with enormous speaker stacks under the arches of Brighton Seafront, I was vibrated by a wall of ominous concrete poured not just into eardrums, but everywhere.

It wasn’t just one note sustained for an hour, but at times it felt like it. There were quiet bits, where fairly tedious demonic chanting (with an incredible vocal range) provided the texture, but they didn’t last long. It was enormous. Shattering. No doubt dangerously loud. I came out and felt blessed by the fact it was raining. An opportunity to cool down and recentre. I was still radiating energy when I arrived at my partner’s flat. I stripped off my wet clothes and grinned insanely at them. They asked me if I’d taken hallucinogens. I giggled.

An implacable experimentalist and an unstoppable wall of sound. What could possibly happen when they meet?

Soused. That’s where we’re at. And we’re back in the present. A record with a lot of fanfare and excitement. Enough that I insited that I waited for the night, candlelight, and a promise that I wouldn’t be disturbed for my first listen.

I turned it up very loud.

And I listened to Soused.

It’s pretty good. Probably amazing. But it’s not what I was expecting.

It feels to some extent like the raw power of the two forces has actually sanded off the edges of the other. This shouldn’t be a complaint, but in a way it is. All that personal history above? That’s just so I can get across the expectation here, because I feel like that’s blunting my experience, or at least my initial experience.

But yeah, the first blast comes from nowhere, and Scott is wailing about the Wide Missouri as guitar punctuates sharply. The drone takes a while to appear, but it is there, accompanied by bullwhips. Enormous moog and guitar pulses run underneath typical Walker surrealism, possibly about a masochist Marlon Brando. It’s a blast, and it’s what should’ve been expected, but somehow it’s easier going than Tilt, The Drift and Bish Bosch.

There’s something in the fact that simply because the textural elements of the music are limited to the Sunn O))) instrumentation, so the palate is not as broad. It’s stripped back to guitar, Moog, strange percussion and Walker’s own incredibly overblown operatics. I can’t decide if I like it. It feels too friendly, but it also makes it more coherent. This is the first time I haven’t felt like Scott is taking the piss out of me. There’s no Donald Duck, there’s no string of hilarious put downs, the music doesn’t feel like it’s going to kill me.

I mean, don’t get me wrong, it’s still not a party record. It’s still an intense, hallucinogenic, entrancing, unsettling and beautiful experience. I still have no idea what is going on.

But it’s not quite as alien. It’s nothing like anything else, but it feels more structured. The interplay never quite becomes call and response, but you can see the to and fro of collaboration. The quiet loudness feels more like verse and chorus, particularly in the stunning ‘Bull’, where the repeated refrain of “Bump the Beaky” stabs right at you, bursting out of shrieking crunches and something resembling actual chords, before descending into sparse, hypnotic verses. The piece ends with an extended blast of drone, and that hallucinogenic feeling that there are sounds looping around each other, when it must just be a single tone, it MUST be. It sounds like Sunn O)), but inlaid as the outro to the unsettling racket of Scott’s wordcraft/nonsense, it feels like a release.

It’s incredible. It’s just a different thing to what you might be expecting. I can see myself returning to this record more than I do The Drift. I don’t see that as a compliment though. I am still a little scared of The Drift. I save it for times when I’m emotionally strong but need my head messed with.

This has a simpler intensity. It’s unlikely to inspire a sing-a-long, but it does feel more like songs than alien artefacts.

Centrepiece ‘Herod 2014’ begins with a slow guitar, rotating moog, the sound of a giant demonic creature wailing, and something screaming, probably saxophone, possibly people. Once the stage is set, Scott tells us that a nameless woman has hidden her babies away. Every time he says that, something wil catch in your throat. When the screaming, moaning hellscape parts ways for a traditional Ojibwa lullaby, it somehow feels more nerve-wracking being without it.

And this is the trick here. Actually, the weight of the guitars, the ominous droning in the background becomes reassuring. It’s a solidity, an anchor, that you don’t normally have with Scott. You can hold on to it, and as much as it is typical of the doom genre, it’s actually quite welcoming.

The partnership is not really about overwhelming you, although it may. It feels to me like it’s allowing two separately monstrous forms to combine into something more wholesome. I can’t believe I’m calling it wholesome, but I hope you can see the bind I’m trying to explain here.

I don’t know why I wanted it to punish and assault me so. I guess I’ve just hit the point where I find it hard to find genuinely distressing music. Maybe this is another direction I’ve inured myself to. I’m sure there’s plenty of people who will listen to this and just say ‘no, that’s a bit of a racket’, and I don’t think I’m going to be able to persuade them that, actually, it’s a pretty accessible racket compared to the last few albums.

It’s also over too quickly. I was shocked to turn to a blank second side to the second disc of the vinyl. It also feels like it ends on a cliffhanger. The so-called ‘Lullaby’ of the finale (with an ominous assistant creeping through the crowd, finding personal details to be sung, like a musical NSA) has verses accompanied by beeping noises, first an old casio watch alarm (or near as much) and then a heart rate monitor (or again, near as much). The insistent beep, accompanying Scott’s final repetition of the refrain, feels like it stops too soon. Which makes sense, as if there’s one thing Scott wants to remind us of, it’s death. What a lullaby: go to sleep, little one, you could be dead in the morning.

It’s hard to explain the appeal of Scott Walker. I can hear from an outside perspective that he sounds like he’s taking part in some kind of elaborate musical theatre prank. He sings like a thesp, hammy and absurd, about how sad he is that minstrels don’t go from house to house any more. I was fairly convinced that Venetian Snares’ latest record was at least partly a parody of his vocal style. It would not surprise me if Scott started singing about his cock, at any point.

But there’s something deeper in the way he unsettles us. His words are not just strange, but properly surreal: suggestive and abstracted, full of hidden depths that might not be there. His voice is the way it is to alienate you further. He draws attention to the artifice of his emotion, in that strange way that makes it feel more real. It’s possible to get lost in the ridiculousness of it all.

And once you’re there, you are where they want you. Sunk into the music. Wrapped into his hey nonny nonnys. Bound up by the soundscape. Tied up by metaphor and trapped somewhere distant, alien, and clearly all in your mind.

Or all in my mind.

I can’t tell. That’s the point.

It IS theatre, but in that huge transformative sense. Music as a show to educate, estrange and destroy. Scott Walker and Sunn O))) will show you sights that couldn’t possibly exist, and briefly make them loud and all encompassing around you. This particular record doesn’t quite push the limits of human experience outward in the way that The Drift did, but it might just drag a few more people out there. And leave them, naked and alone.

*Muso pedant aside: It’s actually just pronounced Sun, with the o))) being lifted from the iconography of the Sunn Record stacks that the band favours. This does actually mean that the oft used logo Scott o))) should just be pronounced Scott. Technically, this was the album where Scott Walker went Madonna**.

[**Muso pedant correction – only if you ignore 1967’s debut solo record Scott, which means Madonna’s 1983 debut was actually the album where she went Scott Walker. Or something. Ed.] 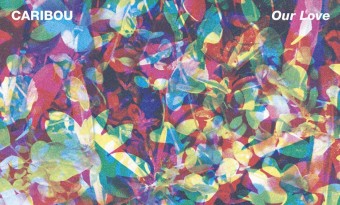