My Love Is A Bulldozer is dark, beautifully chaotic, and cathartic. In short, it’s very Venetian Snares. At their most darkly atmospheric, his songs are a cross between a horror film and an auditory mud pie. You remember mud pies, the most disgusting mix of gruesomeness you could fit into whatever receptacle you had close to hand, mud and dirt and old cigarette butts, perhaps mixed together with a bit of mouldy apple juice – what is it that’s so satisfying about mixing up a whole lot of grim things and watching them coagulate?

That’s Venetian Snares (a.k.a. Aaron Funk) to a T. Apparently he once didn’t leave his house for 6 months. I can believe it. He’s prolific. But for someone who professes to dislike music – in a rare interview in The Quietus back in 2012 he was quoted as saying “much of the music I hear just sounds like someone’s ridiculous choices, based on their idea of what music should be… it gets really transparent” – he makes a lot of it. He also stated that his influences are as diverse as bebop, Depeche Mode, Hindemith and Tchaikovsky, but revealed he listens to very little new stuff. I can imagine he has a sign on his door: ALL MUSIC IS PRETENTIOUS, DON’T FALL FOR IT.

The album cover depicts a gothic scene of Snares as a Centaur, naked and hairy, wearing an expression of innocent serenity. According to Wikipedia, “caught between the two natures… Centaurs typify the struggle between civilization and barbarism.” Well, that’s pretty apt. He’s certainly not breaking any new ground with this album; it is essentially a collaboration, in glorious strobing breakcore technicolour, of him, himself and him over the past ten years. There are elements of almost all his albums, which, as a fan, is great, but is also uncharacteristically unimaginative – though this could perhaps be down to the fact that he is releasing different styles of music under a number of different aliases.

Once you get over the fact it’s not groundbreaking, it’s great. It’s an album full of conflict; angry, melancholy and hopeless in parts, but also full of love and confession, even a little bit of silly. He’s up to his old tricks of strings in minor chords – and lyrics like “my world is broken in two tonight” sung by Snares himself adds a rare level of intimacy.

’10th Circle Of Winnipeg’ kicks the album off with atmospheric horror film style dripping sounds, the kind of foley reserved for Saw or Hostel. Creepy strings reminiscent of Rossz Csillag Alatt Született creep in along with shuffling drums, rattling snares, and haunting lyrics. It’s slow and tense until the tempo changes, and the crunchy synth which permeates the track is supported by a swinging bassline, slowly increasing with sinister momentum until it suddenly explodes into his signature apocalyptic breaks.

‘1000 Years’ starts off slow and appears at first to be a love song, but soon descends into a mad mix of drums, pitched vocals and synth sounds, before rising and falling to introduce a short cello or violin solo. Snares uses a pitched scream as an instrument which bubbles to the surface throughout the track. ‘She Runs’ is almost euphoric, full of beautiful spacey melodic synth, the perfect midpoint track.

‘Amazon’ is probably his most straight-up breakcore tune on the album in terms of its structure, inexplicable samples, mad BPM and hoovers. ‘8am Union Station’ is just under two minutes of beautiful flamenco style guitar, devoid of any kicks or breaks. I had to double-check my playlist hadn’t switched to shuffle by mistake.

The strings, vocals, melancholy and confessional nature of the majority of songs all add to it being really quite a romantic album. ‘Deleted Poems’ features no drums whatsoever. Quivering strings and choral ensembles introduce a female voice imploring someone not to walk away. ‘Too Far Across’ is a lover’s lament; it too isn’t breakcore, it’s a deeply sad guitar song. “The moon is failing in this broken sky,” he sings, his voice raspy and tired.

His love is a bulldozer, so he says in the title track. It starts with strings which amazingly amalgamate into a sort of plodding deep 8-bit sound. Snares then builds a complex but playful mix of breaks, kicks and haunting new-wave synths, permeated with spacey acid sounds. “Only you can make my dick feel like this…” he repeats, collapsing into a cavalcade of unearthly sounds and furious breaks. He has love, but it’s destructive. Is this comparable to his feelings about music? He loves to create, but part of that creation is destruction, to disassemble and mess around with all the little bits, like a bulldozer, knocking things down so the new can be built in its stead. It’s a chaotic love song that works, like most of his work, because the structured chaos is so cathartic it’s almost calming.

The final track, ‘Your Blanket’, has a cinematic mystery to it. Horns and strings start off gently foreboding before lightening up and becoming more meandering. The return of epic horns and tom toms then round off the album on a dramatic, but also questioning, positive note.

My Love Is A Bulldozer is certainly not DJ friendly, and in that way it pertains to breakcore being “a reaction towards the mainstream and popular culture” (Mark Newlands, founder of Bloody Fist Records, 1997) – the changes in time signature invite the audience to be active listeners. For a producer of this genre, Venetian Snares is relatively gentle with his drums and breaks. Although chaotic, it is also often playful, and, with his more recent material at least, he leaves enough space around his kicks and breaks so that it is never overtly aggressive – the rhythm is always graspable in some sense. I suppose that’s the IDM influence.

Although this album can’t be called innovative in any way, it’s still a damn good mud pie. There are flashes of brilliance of course – Snares redefined hardcore back in 1998 and he’s done it time and time again since – but for such a prolific artist to revolutionise with every single release seems an impossible feat. If you’re looking for something different, perhaps you should check out some of his alias’ stuff. 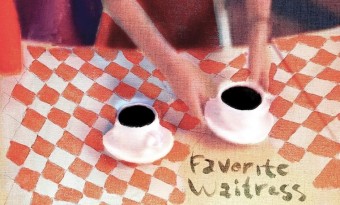 The lyrics may be simplistic and it sounds like it was put together while blind drunk, but 'Favorite Waitress' still provides all you'd want from a Felice Brothers album...
Read More