What did Caribou do to make his latest album? He sellotaped a pair of rose-tinted glasses to his face and then bottled everything he saw in musical form. Or at least that’s the first impression given by Our Love. Don’t listen to this if you’re hating on the world. It’s the sort of music that physically repels sad people. On the flipside, if you’ve had one happy thought today, this album will seize it and send it rocketing into a stratosphere of euphoria.

Our Love conjures up the adolescent ambience that accompanies sun-drenched VK-fuelled careening around any given Anglicised Mediterranean party town. The superclub build-up of ‘Can’t Do Without You’ is begging to be airlifted from this blustery October to an episode of Sun, Sex and Suspicious Parents. In a good way. The boundless optimism of ‘Silver’ and ‘Julia Brightly’ rings of Groove Armada’s Black Light. In a way so good that it’s made me hear the latter album with new ears.

Strange, perhaps, that this is the sort of sonic company Caribou now keeps. It’s not tugging at norms or pushing at boundaries a la Swim. But it is clever. There is not one sniff of David Guetta amongst the precision polyrhythms of ‘All I Ever Need’. The bassline deployed halfway through ‘Our Love’ is mathematically calculated to be irresistible. And do not be deceived into thinking that ‘Second Chance’ is a nothing more than a chavvy ballad that will be blasted out on speakerphone behind you on the bus. Behind the generic female vocals the synths shimmer in and out of tonality, and Caribou is casually showboating.

My one small irk on the album is the vocals. I know the stripping back of Snaith’s former electronic mask has generally been celebrated as a brave unveiling of his true self. To me, this smacks of a Britain’s Got Talent audience tearfully applauding the spotty fat kid who has decided to embrace his inner pole dancer. Good on him, obviously, but it’s not what I’d choose to spend my precious leisure time watching. There are lots of better vocalists than Caribou. There are few better composers.

For those of us who were hoping for another ‘Bowls’ on the album (specifically me), ‘Mars’ is probably the closest Our Love comes. The track is sparse, more ambiguous in its mood than the music preceding it, with wisps of flute floating over focussed percussion. ‘Mars’ marks a change of direction for the album’s closing minutes. Where at the beginning we were a happy dog, tongue hanging out of a car window, with ‘Mars’, ‘Back Home’ and ‘Your Love Will Set You Free’ the mood becomes more human, more introspective. We feel Caribou does entertain the idea of sadness, that all will not be sunny forever, before launching a final, solemn proclamation that “Your love will set you free / Your love has set you free.”

It seems a shame that this album has been released as autumn sets in; but when summer returns, we can be safe in the knowledge that Our Love will still be there, ready to soundtrack Inbetweeners-style escapades around Ibiza et al. And will do so with panache. As for Dan Snaith, I’m not sure he knows what season it is; when there is this much sunshine in your heart, what need is there to look outside?​ 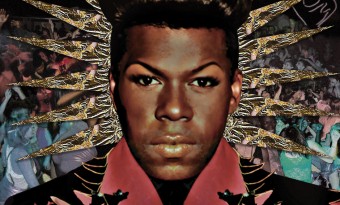 "Yes, a record that includes the words 'wiggle' and 'wakka' looped for sustained periods is refined" - Alex Allsworth shakes his ass with Big Freedia, the First Lady of Bounce...
Read More