As each year goes by, it becomes harder and harder to say no to the sunny and diverse output of MPC grandmaster Handbook. Fighting crime and bad vibes with his butterscotch MPC funk, Handbook has been leaving bedroom producers crying over their dashboards since 2010.

Leading a clutter of like-minded beatmakers, his honey-cured soul smackers have been coming thick and fast (a whopping 6 releases last year alone) following his teenage retirement from York guitar group I Love My Mullet. Balancing his day job with an extracurricular career in butchering obscure vintage soul and breaks, Handbook’s effervescent tractor beam instrumentals have slowly and steadily garnered a loyal and devoted fanbase, racking up over 27,000 followers on Soundcloud. His meteoric ascension from the swales of social media is a prime example of the potential power of the internet when sharing music from your bedroom.

Since his debut five track ‘Cutter’, Handbook has been serving up consistently flawless beats and dazzling Kentucky Fried flips reminiscent of the golden age of pad-tapping hip-hop. While sample-based instrumentals can often sound sparse and incomplete, Handbook’s music is whole and fully formed, full of love, blood, sweat and tears. He doesn’t rely on bloated loops and straight sampling; Handbook’s joyous and elegant cacophony leaves just enough room for the imagination, but never enough to let the ear wander. He sounds like the Yorkshire love child of 9th Wonder and Dilla, massacring source material like a jilted abattoir-man and flipping samples with the consistency and efficiency of a sweaty grill chef in a soul food dive.

Soul is the goal, but it isn’t all Minnie & Marvin. Handbook is versatile and accessible, and has traversed many genres and musical styles in his already vast back catalogue. His Bandcamp offers a delectable pick ‘n’ mix of soothing soul bangers, bombastic boom bap, sultry circular grooves and experimental MPC magic tricks. Last year’s triumphant ‘Appendices’ was a sweeping and dramatic record which flirted with orchestral arrangement, guest MCs and richer instrumentation, epitomising Handbook’s emotionally engaging and increasingly complex style. This year’s April release ‘Olden’ came as further proof that the boy can do no wrong with his All You Can Eat servings of soul food for the ears.

In the wake of ‘Olden’, and in anticipation of the upcoming Filthy Fortune Records release, the ‘Boundaries’ EP, I caught up with the hardest-working Yorkshire beatmaker to ask him about Soundcloud, eggs and guitars…

Hello Handbook, how do you like your eggs in the morning?

Sup my man! Poached eggs all the way brother, atop a thick slice of toast. Pinch of black pepper.

I remember seeing you play in bands years ago. Do you miss playing and would you ever ditch the MPC for a guitar-based album?

Those days were brilliant and it’s wonderful to be able to play music alongside friends and perform live. However, I love being able to work on music by myself, to my own schedule and creating something that is solely by me. In the future, the opportunity to lay down some of my own guitar lines on tracks would be great, but for now the old groovebox is doin’ just fine.

You collaborated with MCs Supreme Sol & Faithful Servant in the past. Do you have any plans to incorporate more rappers and vocalists into future projects?

Yessir, a couple of projects involving guys I’ve worked with in the past; Jetpack Jones, Faithful Servant and maybe a few other homies, just watch out.

You must have sampled stacks of records by now. Where do you do your crate digging and do you have any rituals when selecting loops?

Confession coming up, I sample from the internet, which I know is frowned upon and not the done deal, but when I started out I spent all my cash on my MPC1000 which meant no money for records/turntable, so I surfed Youtube for samples (vinyl rips only, that’s my only saving grace). As for rituals, it’s being able to pick out that one, 8/9 second moment where something has happened, be it a smooth lick on the guitar, a vocal trill – It’s hard to pinpoint.

You’ve dished out a fair few albums and releases now, do you have a favourite?

My personal favourite out of the lot is ‘Appendices’. I feel it’s my most cohesive work and features some beautiful verses from Sol and Faithful Servant. I’ll be able to look back on that in ten years’ time and be immensely proud.

You have a large support network on Soundcloud. Do you think the positives of social media and music-sharing sites like Soundcloud have been counteracted by negative changes in the way we listen to music?

Yeah there is that aspect. I mean, the huge positive with platforms like Soundcloud is that someone starting off making music from scratch can put their work online for anyone to hear. It immediately empowers anyone with a creative streak in them. There is then what some would consider a problem, as there is not only a staggering amount of music being released daily, be it independently or via collectives/blogs/labels and there is a tendency for music to become almost disposable – people will listen to a track once, enjoy, and then perhaps never listen to it again. There are only so many hours in the day and it can be overwhelming. It’s not to say that the music isn’t good quality, it’s just where to start, or where to finish listening.

Who are you listening to at the moment and who is your money on this year?

Following on from the point I was making, there are loads of people I’m really into at the moment. For me, BANKS is one of my favourite artists – ‘Goddess’ is a stunning single and I am eagerly anticipating her album. Other artists I’m feeling are: PartyNextDoor, Majid Jordan, Rustie, Hudson Mohawke, Andersonpaak, Kaytranada, Action Bronson, Chet Faker, Gold Link, Phazz, Stwo, Cookin Soul, the list goes awwwwwnnnn . . . .

Any upcoming projects or shows?

Wednesday 20th August at Sotanos is the next one, along with J A K O B Y, Tidals, Basilica Hands and more. Watch out for the ‘Boundaries’ EP coming out on Filthy Fortune Records. 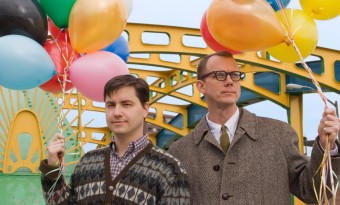