On paper, this really is an unlikely marriage. A geeky Canadian trio of jazz-trained college dropouts in their early twenties, and a veteran, legendary rapper from a much-lauded ’90s New York hip-hop group that redefined the word raw.

Fortunately, BadBadNotGood happen to be virtuoso musicians and hip-hop heads [who also produced one of our favourite albums of last year]. Their unique takes on tracks by rappers such as Gang Starr, DOOM, Wacka Flocka Flame and Gucci Mane caught the ear of Tyler, The Creator who employed them as his backing band.

Once Ghostface Killah was introduced to the trio via a mutual producer friend, a shared appreciation led to the recently released album Sour Soul, and the ensuing tour brought them to the weirdly laid out, grimy surroundings of Camden’s Electric Ballroom.

After a well-received set from Golden Rules, BadBadNotGood take the stage for a short, shape-shifting set of high tempo jazz-fusion complete with wild time signature changes and piano solos that, surprisingly for a partisan Wu-Tang crowd, draw a warm response.

Ghostface then enters from stage right to a huge ovation befitting rap royalty, and energy levels are kicked into overdrive. Fiery renditions of early Ghostface Killah solo material sets things off nicely with ‘Daytona 500’ and ‘Nutmeg’ in particular going down a treat.

BadBadNotGood do an excellent job of merging the dusty off-kilter soul & funk sample chops of the original Wu-Tang productions with their natural jazzy inclinations, and provide Ghostface Killah with the perfect soundscape for him to wax lyrical on. A trip down memory lane via the ’70s & ’90s, decades which Ghostface holds close to his heart, includes covers of classic Isley Brothers, Jackson 5 and Nas numbers and highlights some of the music that bridges the onstage generational gap.

This provides a smooth segue into the night’s crowd-pleasing peak. Ghostface, ever the gracious host, brings two aspiring MCs onstage to perform verses from vintage Wu-Tang number ‘Protect Ya Neck’ with a promise to the crowd that they can “boo the fuck out of them if they suck”. Thankfully they don’t.

Another classic and oft-quoted Enter the 36 Chambers track -‘C.R.E.A.M’ – is followed by ODB tribute ‘Shimmy Shimmy Ya’, and the distorted head-banger known as the ‘4th Chamber’ completes a medley that reminds everyone that Wu Tang in their prime could not be touched.

The night is rounded off by perhaps Ghostface’s finest solo track, ‘Mighty Healthy’, which brings the set to a satisfying and spectacular conclusion. Although material from their collaboration album is completely discarded aside from one track, none in attendance were complaining; tonight was pretty much as good as live hip-hop gets. 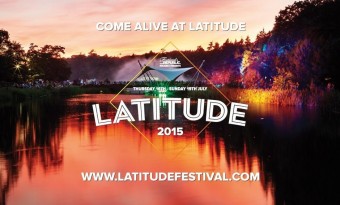 We had a ball last time we found ourselves at the leafy Latitude festival, and this year's 10th birthday party looks set to go with a bang. Find out why...
Read More