“I like it here because it smells of B&Q” – Cowtown.

Belgrave Music Hall & Canteen is a freshly painted and freshly open venue in Leeds, and smells like it too, with a certain unfinished charm. After entering you are faced with a spacious area flanked by a pizza bar on one side and a chippy on the other, with sounds provided by DJs. I almost forgot I was there to watch live bands, but after briefly checking out the rather nice roof garden, complete with sheds to shelter from the dreary northern drizzle, it was time for the musicians.

Weirds kicked off the evening with a sound possibly constructed to vindicate the name. A four-piece band with plenty of passion and promise, their heavy psychedelic sound left me feeling slightly confused (like all good psychedelics should). With vocals supplemented by an almost too heavy dose of echo, the music seemed to wash over you without sticking, and when the lead vocalist removed his jumper it seemed they meant business.

Unfortunately that was at the start of their penultimate song, and the set ended on an almost cringeworthy note when the lead guitarist came down from stage and the sparse crowd parted; all except one young gentlemen intent on moshing with him, which sparked a retreat back to the stage to fiddle with effects pedals. Weird… 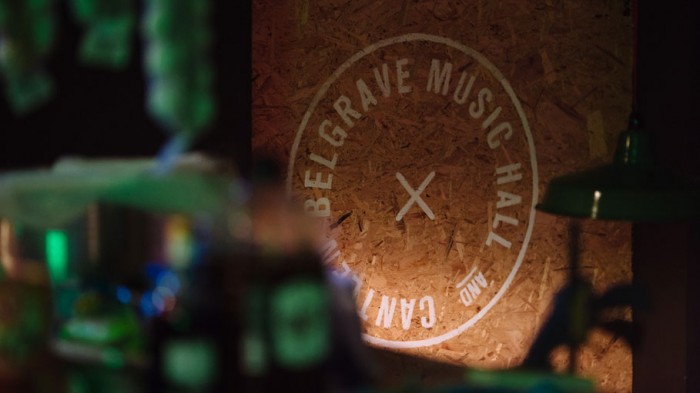 Imp drew a much bigger audience and put in a highly polished set of very enjoyable, melodious indie-pop – the crowd were treated to one smile-inducing song after another. The contrast between the almost timid looking vocalist, wearing a faded pink baseball cap, and the rugged looking drummer with a red baseball cap and a beard any hobo would be extremely proud of, was an entertaining sight.

Keyboard driven with catchy guitar riffs and vocal melodies, the band provided no onstage dramatics and they weren’t needed. The music did the work for them and the chatter between songs kept the set moving. I was slightly surprised to hear that, along with the usual merchandise, DNA of the band could be purchased. Now I honestly don’t advocate stealing (ahem…), but that could probably be obtained without visiting the merch stall. Anyway, with a set full of quality, catchy songs performed by a band who clearly enjoy what they’re doing, I would be surprised if I don’t hear more from this band (or maybe even their clones) in the future.

“We’re Cowtown and we’re from Leeds, you know that ‘cos you live here” – words spoken by Hilary, keys/vocals in Cowtown. While that is technically untrue (I live in Wakefield), I see her point; if you know the music scene in Leeds, you know Cowtown. A three-piece comprising of guitar, keyboard and drums, Cowtown produce a sound I find difficult to describe. While it isn’t pure rock, it definitely isn’t pop. Actually I can describe it: it sounds like three people with instruments making a lot of noise, having shitloads of fun, and sounding bloody great doing it. The noise was almost riotous at times, and with images projected behind the band starting with Beavis & Butthead and moving on to Mortal Kombat, it was a brilliant attack on the senses.

This was a band whose performance almost forces you to have fun, and my description probably doesn’t do them any justice. To see what I mean, just go and see them for yourself! The set ended in a marvellous cacophony of noise with a vile version of Super Mario Brothers in the background, including cocks coming out of the sewer pipes where flowers should be, and finally ending on a beautiful image of Scorpion from Mortal Kombat advancing on a vomiting Pacman. Genius! Don’t let the fact I’m mentioning the projections take away from music, which could clearly stand up for itself, it was just a lovely little bonus. Cheers Cowtown!

For the final band of the evening we were treated to loud, noisy and raw three-piece TRAAMS. With a bass player emanating cool and lead vocals full of frustration, all carried along on an unrelenting wave of energy and chugging rhythms, TRAAMS are a band easy for an old grunger to love. Don’t get me wrong, it isn’t grunge; it’s kinda post-punk, post-grunge (whatever that really means). I even thought I heard some Les Claypool-esque vocals in there, but maybe that’s just me. 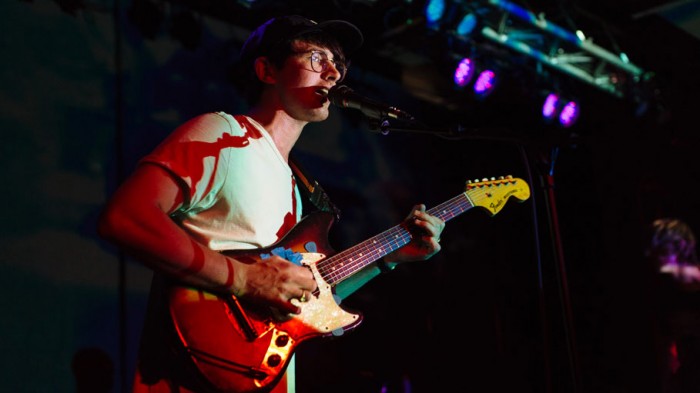 My only complaint about the whole set was that it had to bloody end and I had to go home (and maybe their hair wasn’t long enough!). But I took a part of them with me, their song “Flowers” going around and around my head ever since. I don’t know why that particular song was the one my brain latched onto, as it could have so easily been any of them, and it has lifted my spirits that bands are still coming out to unleash their frustration on an otherwise dull and tedious existence, and doing it with this much quality. If you like raw, no frills, kick ass, sweaty bands that make you forget anything else exists, then I seriously recommend you check out TRAAMS.

Belgrave Music Hall is well worth checking out too, and with the amount of very good bands coming to play in the near future there is no reason not to if you’re in the Leeds area. The sound for live bands is quality and very loud! I’ll definitely be returning very soon. Maybe I’ll see you there… 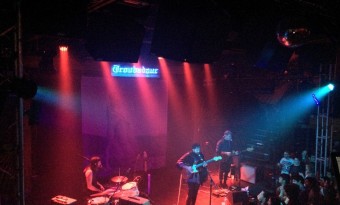 UMO prove they're not pretentious hipsters with a set that moves smoothly through psychedelia, funk and...medieval folk?
Read More