South London electronic duo Mount Kimbie, aka Dom Maker and Kai Campos, have previously avoided offering a specific meaning to the title of their recent album Cold Spring Fault Less Youth, instead leaving it open to people’s own personal interpretation of the individual words. Maybe we’re just extremely unimaginative, but our reading of the name is pretty straightforward. Observe.

*’Cold Spring’ – the album was released during an unseasonably cold Spring (the temperature in March, for instance, was the second lowest ever recorded in the UK);
*’Fault Less’ – as indicated in our review at the time, the album is indeed virtually faultless (hence its appearance on our ‘Best Albums of 2013 (So Far)’ list);
*’Youth’ – while we reckon Maker and Campos are probably pushing thirty, the music they’re making still bubbles with the vitality of youth, not least thanks to two guest appearances by teenage wunderkind King Krule (whose own album is pretty decent too). They’ve also recently collaborated with another Monitors favourite, rapper/producer Jeremiah Jae, on a Oneman remix you can hear below. Truly, these are men of taste as well as talent.

Yet while the meanings we derived all seemed pretty obvious, we couldn’t shake the nagging suspicion that our powers of interpretation are so pitiful that we might be missing something. So we invited Maker and Campos over to give them a quick grilling about their new album. Although we actually forgot to ask them about its name. Whoops. Luckily, there was still plenty to chat about, plus we were also showered in Kimbie-related gifts (which you can get your own grubby mitts on in our latest competition – see the bottom of the page).

Did you feel much pressure following up ‘Crooks and Lovers’, which was such a well-received album?

Dom: Maybe, at the beginning slightly. Just in terms of, I dunno, we had more people involved in the making of it, and essentially it had been quite a long time since we’d been in a studio. We were going from scratch again really. I think we made an environment where we almost didn’t really think about the fact that anyone was actually going to listen to it at the end of it, which was when it started working out in the studio and the songs started coming. By the end it was a really good space to be in with lots of good stuff happening, but there were definitely times when, at the beginning, we were thinking about it a little too much I guess. Yeah, I think we just kind of forgot that it was actually going to come out, it had been such a while since we’d actually put a record out…

How early on did you decide to increase the use of live instrumentation and include vocal tracks?

Dom: There wasn’t really much discussion about that, again it was a very natural change for us. And I think a lot of the live touring that we did rubbed off somehow. And a couple of things happened that were unplanned: we went into the studio with another guy [Andy Ramsay from Stereolab] who’s got a great live room and full drum kit and loads of guitars and stuff like that, as well as a number of old drum machines. We just went in there to record one drum track but we ended up staying there for a couple of weeks and recording a lot of live instruments and a lot of the drum machines as well, so that really helped. But I think it was definitely a part of the sound that we were really interested in exploring. The vocals came very naturally again, there was a melody that needed to be filled and we felt quite confident at the time, and we felt we could be a bit bolder with having the voices in there and relatively high in the mix. So it just felt like a new challenge.

Where was the studio?

Dom: Well, our personal studio is in South Bermondsey and the one I just mentioned was literally five minutes down the road. We spent a lot of time kind of bedded in at our one, and then we got out for about three weeks and recorded a load of audio and brought it back to our studio.

You’ve got King Krule on there as well, who’s another Bermondsey resident. Did you know him prior to recording the album?

Dom: Erm, well I mean we’d heard of him, and we’d heard some of his music when he was working as Zoo Kid. Then we went to see a show of his as King Krule with a full band in Elephant & Castle. We didn’t really know too much about him but he seemed to be reasonably familiar with what we were doing, and seemed keen to work. So we got him in and showed him a few ideas we were working on, and he was living, again, about ten minutes down the road from where we were based. So it felt really good and we had a lot of fun having him in the studio; again, a very natural process, nothing too challenging. It was great having someone who had so much energy and so many ideas, and was willing to commit fully to the project.

South London seems to have a real glut of creative, collaborative communities these days…

Kai: I think everyone wants it to work out there really. There’s not a lot of that kind of rivalry or anything like that. There’s also not a lot of spaces, not like round [Shoreditch]. So I think everyone kind of supports what’s going on in the area, and tries to put money back into it, which is really good.

What do you make of the ‘post-dubstep’ tag? When you first came out everything written about you seemed to mention that genre…

Kai: I dunno, it was a natural thing for someone to come to at the time maybe, when it felt like there was people making electronic music that wasn’t dubstep but they’d clearly been around it. Whether it was called that or something else was kind of irrelevant I guess, it’s just what it is. I think our reluctance to embrace it was that it felt like it was a very narrow thing and didn’t really seem to apply. A lot of stuff was becoming quite formulaic and so we felt a little bit like we didn’t really want to be particularly associated with some things that were happening in that genre…

Is that what precipitated your move from Hotflush to Warp?

Kai: I mean, essentially our contract had just run out. We’re good friends with Paul [Rose, aka Scuba, founder of Hotflush Recordings] but he didn’t make us an offer. I think we all had, not necessarily different ideas, but we wanted to do something different. We didn’t even know when we were going to make another record, so we were kind of unsigned for quite a long time which was interesting, and we kind of started making a record without a particular record label in mind or anything like that. And Warp seemed like the kind of people that didn’t expect any kind of Crooks & Lovers: Part II or anything like that. They just kind of let us do what we wanted to do. 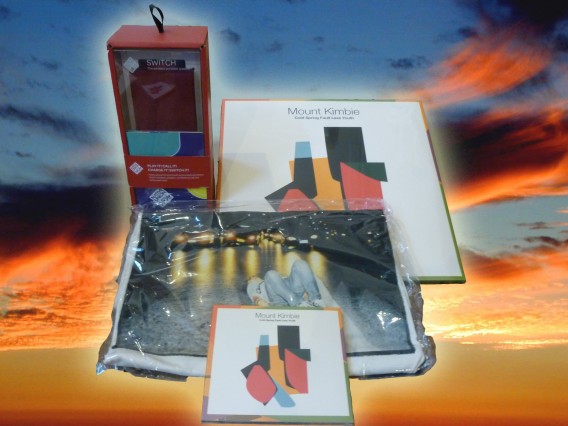 Fancy hearing Cold Spring Fault Less Youth on brand new gatefold vinyl? With a shrink-wrapped digipak CD so you can stick it on your computer too? How about a limited edition Mount Kimbie t-shirt to wear while you listen to it? And wouldn’t it be dandy if you could play it through a spanking new Native Union wireless Switch speaker (check out the video below to see it in action), worth over a hundred quid? Yes, you’re right, it would. So why not enter our latest competition and snag yourself all the classy swag pictured in the images above and below (genuinely created by a man who went to design school, if you can believe that). You’ve got until the end of the month to head to our Facebook and Twitter pages and enter. Best of luck… 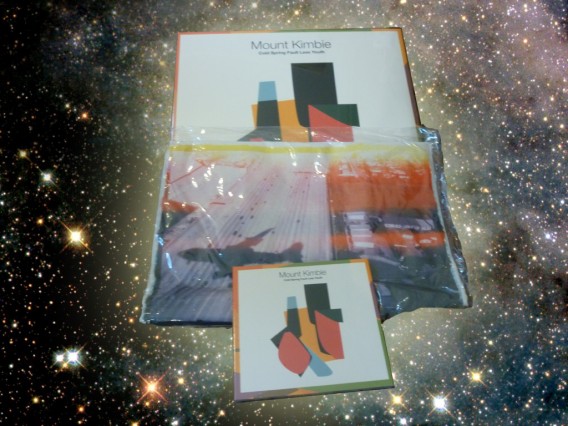 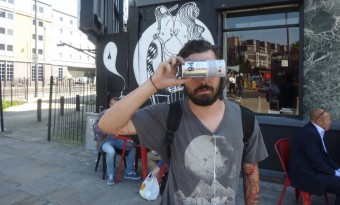 Alex Senna is one of Brazil's hottest street artists. He took a break from brightening up London's streets to tell us about the music that makes him tick...
Read More