‘Strike while the iron is hot’ is the usual advice given when you hit sudden success. In contrast, following the acclaim over their debut album ‘Crooks and Lovers’, Mount Kimbie not only let the iron cool off for a bit but practically encased it in ice and sent it off to an Antarctic research station. Aside from a flurry of EPs dished out just after that album’s release in 2010, we’ve heard precious little from Dom Maker and Kai Campos since.

Unless you happened to catch them live, that is. The duo spent so long touring that writing music was forced to take the back seat – in fact it wasn’t even in the vehicle but sitting at home twiddling its thumbs and gazing expectantly out the window. As Campos told Pitchfork, it was a disconcerting experience: “This was the longest I’ve gone without making new music since I was 15 – making music became my job, and then I had no time to do it”.

Fortunately any eagerness to get something out ASAP when back at home was tempered with a desire to produce a worthy follow-up. And ‘Cold Spring Fault Less Youth’ is not only worthy, it actually surpasses ‘Crooks and Lovers’ in almost every way. Their debut was a spacious record which allowed for intriguing subtlety at its best, but in weaker moments erred towards the occasional drifting tedium of their mate James Blake at his least engaging. This record is spacious in a different way, in that it actually feels like space: huge, expanding and full of exciting new elements, with enough distance in between to render them captivatingly distinct.

The most obvious difference is the increased presence of vocal melodies. Opener ‘Home Recording’ utilises some gorgeous saxophone and keyboards against a sleepily sun-drenched backdrop that swaggers just slightly off the beat every second bar, and Campos’ vocals fit much more naturally into Mount Kimbie’s music than the slightly more awkward shift into singing exhibited by, say, PVT or Bibio.

The most distinctive vocal tracks come from the much-hyped King Krule. For a sometimes lackadaisical performer, his take on ‘You Took Your Time’ is surprisingly aggressive, an attitude apparently achieved by having him rap alongside live drums which were later removed. The lyrics are also unnervingly violent at times, with the opening lines particularly unsettling in the context of last week’s brutally bloody attack in Woolwich: “Now did you see me / I killed a man / They all stayed down / But he chose to stand / Girl, did it hit you deep? / To watch his mind seep / Across the pavement / Deep down slabs of meat”. Grim.

The visceral tones are emphasised even further by being delivered over a gently undulating backing track. You might think the laid-back, jazzy keys would better suit a vocalist along the lines of Cody ChesnuTT or Ursula Rucker, but King Krule makes the track his own by placing a distinct emphasis on certain vowels, elongating them in a way that almost adds a touch of Southern slack-jawed hillbilly to his South London drawl.

His other appearance (on ‘Meter, Pale, Tone’) is even better, with the vocals kept slightly lower in the mix. Perhaps this is because the music is so demanding of attention, with the bass in particular played with a smoothly confident verve similar to Olugbenga Adelekan’s work on the last Metronomy album, while the whole shebang is intermittently spattered with rhythmic raindrop arpeggios. It’s possibly the best track on the album.

In truth, and this is the reason ‘Cold Spring…’ generally outperforms ‘Crooks and Lovers’, there isn’t a single track here you’d want to skip. The closest it comes to losing your attention is during the fairly benign slog of the first half of ‘Blood and Foam’, but that ends up being gorgeously energised by some woozily funky chords that appear halfway through, like George Clinton suddenly turning up at a sixth form common room party with a bottle of Space Punch. ‘Slow’ is the other track which doesn’t quite fire on all cylinders, thanks to a beat that’s just a little too loud and simple in comparison to the rest of the album (a bit like a bunch of sixth-formers who can’t handle their booze gatecrashing George Clinton’s 4th of July barbecue).

Peaks are easier to find. ‘Made to Stray’ is a pounding kick drum away from destroying dancefloors, with a percussive rhythm that sounds like a bus driver rapping his fingers against the wheel while stuck in a particularly groovy traffic jam, while synths wriggle in and out the picture like time-lapse footage of a wormery. ‘So Many Times, So Many Ways’ is a lilting waltz that orbits some more slick bass playing, ‘Sullen Ground’ is slippery, ghostly and calmly bewitching, and the closing ‘Fall Out’ features a dubstep beat in the most literal sense, in that it actually sounds like the bastard offspring of two-step and dub reggae.

As poly-rhythmic piano and synths ripple over the top, it’s a colourful end to an album that expands Mount Kimbie’s palette considerably. Post-dubstep always seemed like a slightly disposable term, saved only by the fact that the music being made by Mount Kimbie and their peers often wasn’t disposable in the slightest. Yet the music Maker and Campos are now making is so much deeper, fuller and richer (perhaps the result of it being professionally mixed this time around) that the genre they helped define is no longer a satisfying description of their sound. And no one wants to coin the phrase ‘post-post-dubstep’.

As Campos ruminated, “Most of the music that sounds like it’s been influenced by [Crooks & Lovers] that has come out since sounds fairly dull, and it’s not something we want to carry on doing. We want to get away from it”. Not only have they managed to get away from it, they’ve wound up somewhere far more interesting. And who wants to spend their time striking hot irons anyway? 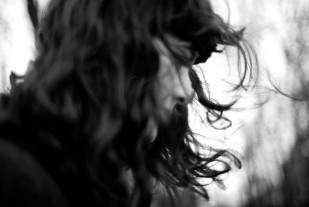 'An Englishman's home is his castle' is a phrase that goes back to the 16th century, enshrining the right of a homeowner to do what they please in the privacy of their own home without the intrusion of either stranger or State. As Pitt the Elder eloquently put it in 1763: "The poorest man may in his cottage bid defiance to all the forces of the crown. It may be frail - its roof may shake - the wind may blow through it - the storm may enter - the rain may enter - but the King of England cannot enter". While admittedly it's more likely to be a TV License inspector or Jehovah's Witness begging entry to your domicile than a rambling King these days, the right remains to turn away anyone knocking at your door (at least until the police accidentally boot it down while attempting to raid the drug dealers next door). And considering the world outside is a mess of rapists, hailstones and attempted beheadings, staying indoors sometimes seems like a pretty good idea. That seems to be the conclusion Nancy Elizabeth came to before creating her third album anyway. 'Dancing' came about when, with "no money to do anything and no reason to be anywhere", she locked herself away with a bunch of instruments and set about stitching them together. Indeed, considering the press release describes her chosen dwelling as a 'bower' (a woman's private chamber in a medieval castle, apparently), it would appear that she was taking the home/castle parallel very seriously. Which is appropriate for an album which contains a few medieval modes itself. This is folk music that spans great distances; songs like 'Indelible Day' could've been written hundreds of years ago, while the electro-acoustic, Tunng-tied dance of 'Debt' is moored firmly in this century. In the bubble of Elizabeth's Mancunian flat time seems to have dissolved, leaving her free to span the aeons like a piano-playing Doctor Who. She crosses regions too. Lead single 'The Last Battle' partially locates itself in Spaghetti Western-ised Southern Europe, with a Morricone-esque vocal line worthy of 'An Ecstasy of Gold'. It's completely beguiling, with Elizabeth insisting "I won't be the devil's whore / No more, no more" over a moodily sauntering chord progression. The whole album feels like the musical equivalent of an only child left to its own devices, creating entire worlds in a bedroom using only whatever surrounding objects are to hand. "The great thing about music is that it doesn't cost anything to make," is how she puts it, although that's to ignore the vast amounts of time that's gone into this - two and a half years of secluded songwriting to be exact. And it's time that's clearly paid off, especially on tracks like the sometimes plinky, sometimes pensive 'Heart', which comes across like a less quirky CocoRosie and features gorily gothic lyrics like, "For him I removed my very skin / My blood poured out on the floor". Serafina Steer, Laura Marling and even PJ Harvey's 'White Chalk' album all have echoes here as well, while Elizabeth's musical voice is blessed with a notable clarity. There are times, however, when things could do with being muddied a little, especially on the airily undulating 'Mexico', which starts off nicely but threatens to veer off into Enya territory by the end. Fortunately the fascinating moments outweigh the wearying ones. 'Shimmering Song' is a brilliant bit of dappled sunlight filtering through breeze-tousled branches, while the closing 'Early Sleep' is a somewhat creepy lullaby, with voices chattering in the background like the ones in your head when you can't sleep, negative thoughts flying about like bits of silver paper in the Crystal Maze dome. It ends with line: “Here I am. Here I dare to be human”. If we assume the 'here' is her own home, then that makes a great deal of sense. She may be surrounded with instruments, but it's her voice that shines through most, not least on 'All Mouth', an adroit bit of minimalism created by manipulating slices of her own singing. Again, it seems to emphasise how isolation can be the greatest form of inspiration. In her own words, “external influences, and having to engage with other humans, does somewhat hinder my ability to create. Making music is my defence against aural clutter". Does that make 'Dancing' aural clutter for the rest of us then? Maybe so, but like that magazine lying open on an unread article, the ashtray just at hand when you need it, or a bunch of purple pebbles picked up from a recent trip to the beach, it's the kind of clutter that's comforting to have around.
Read More