Brazil is widely regarded as having one of the most fertile and inventive graffiti and street art scenes in the world, especially since painting on buildings (with the owner’s permission) was decriminalised in 2009. In fact, some of the work is so good that organisations like Pigment have started sending Brazilian artists over to Europe to tart up our own tired walls with their daubings.

That’s why you may have noticed some of Alex Senna‘s black and white paintings appearing all over London recently. The Sao Paulo artist came over for a forty-day painting spree, brightening up brickwork from Bristol to Brick Lane. The day after finishing his latest piece around the corner in Old Street, and the day before he left to go back to Brazil, he popped into our office with a ten track playlist of music he likes to listen to while he paints, telling us how heartbreak, karaoke and being a child of the eighties has inspired him… 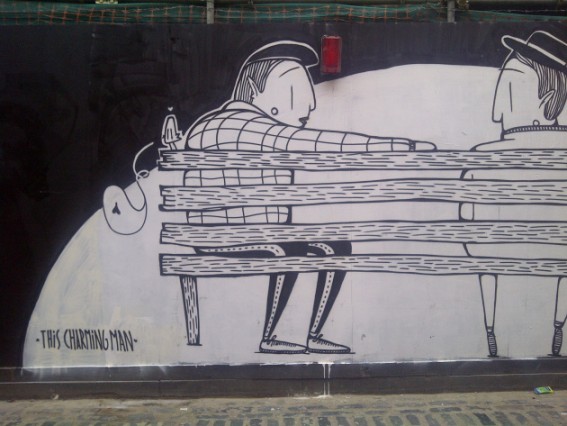 1. The Smiths – This Charming Man

When I first came to London I was in a Smiths phase, listening to them a lot. I was thinking, “I’m going to be going to their country, visiting places where they played,” this kind of thing. But when I got here I realised that not all people like them. I haven’t met one person who likes them, a lot of people didn’t even know them! I think Morrisey’s really honest with his music, and that’s what I try to do with my art – to be honest. And when you are really honest people either hate it or love it.

I sang this song in a karaoke bar in Camden last weekend. I was just passing by and I saw a guy that was really excited, singing, and said to my friends, “oh, let’s enter”. But nobody wants to sing, right? But I was just thinking, “nobody knows me here, so fuck it!”. What’s my perfect karaoke song? It depends. If people are really drunk, all the cheesy songs are really good. Stevie Wonder: “I Just Called to Say I Love You”, or Erasure. I’m not a musician but it’s the closest I can get to being one.

I’m not a big fan – although he has an amazing voice – but this record he made with a lot of musicians from other bands. It’s a covers album, it’s really good. It’s very Brazilian and contemporary at the same time – it doesn’t sound old but he’s playing old music. It has some crazy covers like Kraftwerk, Michael Jackson…it’s really cool.

4. Michael Jackson – Rock With You

I’m from the eighties, man! I can’t pretend, I love it. And the start of the music is really cool when you’ve got your iPod on random – “tak-bom! Tak-tak-tak-tak-tak-bom!”. The mood just changes. I love it. 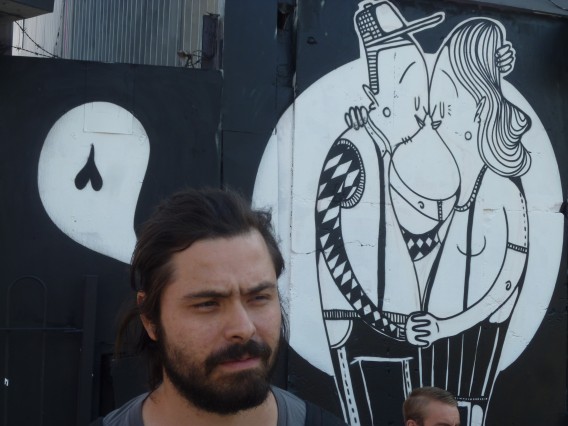 He’s very popular in Brazil. This song’s about an actress in Brazil who’s really famous, Vera Zimmerman. And he fucked this girl, so it’s the story of how he got her. It’s not a long song, it doesn’t have a chorus, it’s just a story. It’s really cool. I like this guy, Caetano, he still plays. The actress? She’s still around. Now she’s a lesbian.

6. Neil Young – Only Love Can Break Your Heart

A really beautiful song, and another guy who’s really honest. It has a really sad mood, and it’s not easy to make sad songs that feel real. Most music is about love, right? But when people go deeper – like, really into this shit – anyone who’s been there is able to recognise it. So it’s really interesting.

I used to be married and have a comfortable life, living in a good apartment with an OK job, and I just quit everything to do what I do. It was a huge turning point in my life, about three years ago. It was really crazy, but it changed things for better. All these things that are happening right now are thanks to that time. When we split up I started to paint couples – I was really sad but I was doing these loving couples, exactly the opposite. And people where saying, “ah, you’re in love!” [laughs]. Sometimes you have to pass through a bad thing to make good things.

When you put an idea in your mind, you can’t take it back out. So when I was married I kept thinking, “Is this what I really want?”. I liked her, so it was really hard for me. At that time I used to work as well as doing the artworks, so I was always busy and the time I had was dominated by work. So I saved money, and now I just paint.

7. The Romantics – Talking In Your Sleep

Yes. Eighties. People in Sao Paulo hate me because I love the eighties. One hit bands, you know? I think the eighties had the most one hit bands – but what a hit! What was the eighties like for me? Well, I was a kid. We had terrible TV shows, good cartoons, good movies… We saw everything that was coming from America, Lost Boys, The Goonies, E.T. – it was fun! 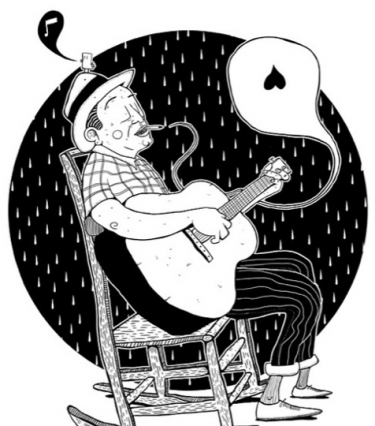 8. Double – Captain of the Heart

Another eighties one! Even cheesier. I was not going to put this, but I thought I wouldn’t be being true. I was going to put some jazz music – so classy! So clever! [laughs]. Some Miles Davis or something. But no. It reminds me of when I was travelling in the backseat of my Mum’s car, sleeping and listening to the worst radio. The radio in Sao Paulo is terrible. You have maybe two stations that are good. You have one that is really cheesy and one that is mainly jazz, the rest are all playing crap songs that no one listens to.

This represents Brazil really well. When I’m painting and this comes on, it feels like home and I want to go back. With real energy. He’s a good guy, from Bahia. A lot of good singers come from there, it’s a good place. The music scene in Sao Paulo? Now it’s not really good. In 2000 there were a lot of underground clubs, and they always had a band and then a DJ. But I think the owners realised people were mainly waiting for the DJs, so they cut off the bands and it was just DJs.

In the ’90s and early ’00s we had good DJs, because it was all vinyl and not many people knew how to use it, so the ones who did were really good. But now with the new technology, everyone’s a DJ. So the scene is not good right now. We have a lot of good bands, but they just don’t have the opportunities. I have friends who have really good records – good musicians, good songs – but they just don’t play. There’s nowhere to play. Which ones would I recommend? There’s a rock band called Seychelles, they’re really good [and have some familiar-looking artwork! – Ed], an instumental band called Mamma Cadela who’re really free and do whatever they want, and there’s a girl who’s really good called Monique Maion.

This guy is from Minas, a state in the mountains, you know, a really old state. This guy had roots, and he’s very typical of this area. I used to live on a farm, and he captures that mood. It leans towards folk music, but he’s had really great musicians play with him – even Herbie Hancock. He has an amazing voice. 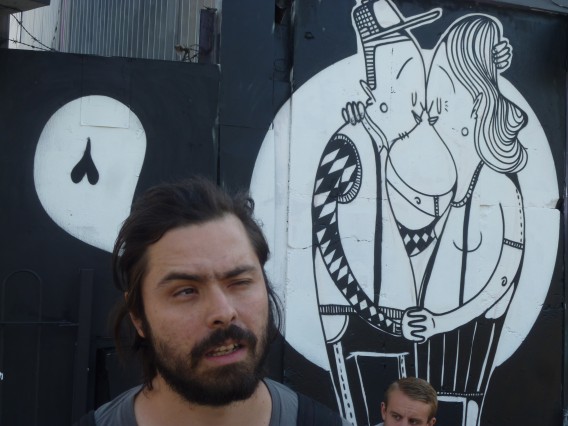 You can check out more of Alex Senna’s art at his blog, here, or like his Facebook page here. 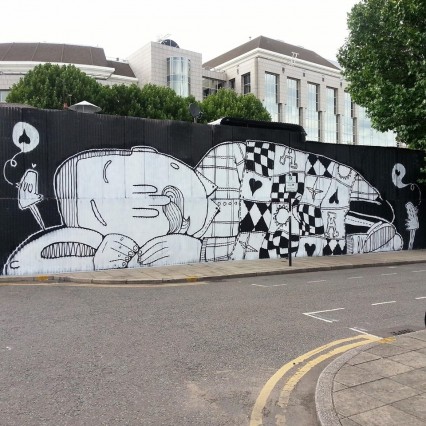 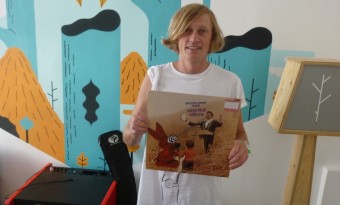 S&CW's main man Craig Dermody paints our record sleeves and tells us about not drinking English beer, not getting into art school, and not recognising Ryan Gosling...
Read More