Kanye West has unsurprisingly dominated the music press this week, with critics eagerly guzzling down his leaked ‘Yeezus’ in a mad rush to get the first review online. So far they’ve generally fallen into three categories – 1) hopelessly fawning; 2) unconvinced but without enough conviction to award a low score; and 3) deep psychological analysis on the meaning of sampling the virtually sacrosanct ‘Strange Fruit’ while rapping about croissants.

Our take? If you ignore the more moronic lyrics (about 50% of them), it’s maybe the most interesting album he’s released to date. But worthy of quite so much attention? Probably not. While quoting Liam Gallagher is rarely the sign of a strong argument, his response to West’s self-canonising was bluntly on the money: “You’ll never see Jesus banging his head”.

In fact, far from being the album of the year, ‘Yeezus’ isn’t even the best Jesus-referencing hip-hop album of the month. That honour goes to ‘Gesus’, an album by YBP (aka Young Black Preachers) from the Black Jungle Squad, a collective that revolves around the extraordinary talents of Jeremiah Jae. Raised in one of the rougher parts of Chicago by his jazz musician father (who worked with everyone from Miles Davis to Ramsey Lewis) he’s been described as both the Windy City wing of Brainfeeder and a natural successor to the late J Dilla. High praise indeed.

In a Resident Advisor interview a couple of years ago, Jae summed up his musical manifesto. “I like the challenge to create something on a computer and try to make it sound handmade and raw,” he enthused, “…the technology is here…and you see so many kids rapping over millions of beats, but they all sound the same. What’s missing is a certain substance that connects and communicates with people in a positive and spiritual way”.

One of the people he’s so far managed to make a positive connection with is Brainfeeder’s Steven “Flying Lotus” Ellison, who released Jae’s debut solo album, ‘Raw Money Raps’, last year. “He freaked me out a little bit,” is how Ellison described putting out his music, “[His DXNCE EP] felt like something that I’d been trying to achieve in my own work”. Jae is now a fully fledged member of the Brainfeeder stable, collaborating with fellow mindspooner Azizi Gibson on last year’s ‘Ignorant Prayers’ mixtape (of which a follow-up is due soon) and touring with the excellent Teebs.

The album itself slinked through typically tripped-out Brainfeeder territory. The poundingly intense ‘Guns Go Off’ feels like the sound of your heart spurting out adrenaline, while ‘Guerilla (Evolution Pt. 1)’ is a slurring recollection of stoned dreams over a descending orchestral ostinato, which eventually lurches into a queasy beat. While his lyrics and delivery aren’t quite at the same level as his astonishing production, lead single ‘Money’ also provided a genuine slice of post-economic downturn hip-hop, focusing on the struggle to make a dollar rather than bragging about stacking a million.

However, while the sprawling, expansive ‘Raw Money Raps’ caught a few ears and confused a few others, Jae has been going from strength to strength since; the amount of music he’s released recently matches the amount of expletives Joe Kinnear spits out in the average press conference. He kicked the year off by putting out ten free tracks over ten days, before releasing possibly his best work to date, the superb ‘Rawhyde’ cassette – a collaboration with fellow Black Jungle Squad member Oliver the 2nd.

The lonesome lament of ‘The Block’ would’ve ripped the Django Unchained soundtrack a new one if it had been released in time, while the warped guitars of ‘Purple Moonshine Part 1’ recall Bibio’s ‘Hand Cranked’ album. Yet despite the Wild West theme, it’s not all ricochets and spaghetti western samples. ”Pistols’ has more of a hard-boiled noir vibe, ‘Blood Money’ is all wonky psychedelia and the brutal ‘Get Off The Horse’ makes for an epic battle scene in any genre. Perhaps best of all is the gloriously woozy ‘Billy Kid’, one of the few hip-hop tracks to reference Percocet, molly and purple drank that actually sounds like it was created by someone mashed on all three.

Despite its brilliance, with ‘Rawhyde’ even appearing on NPR’s favourite albums of the year list, Jae hasn’t rested on his laurels, as ‘Gesus’ proves. The YBP group originally also consisted of his two god-brothers Tre Smith and Aaron ‘Projeck’ Butler, before Butler sadly passed away last November. Tre Smith remains, under his Dirty Sinatra alias, and you wonder whether the event effected the record – a meditation on spirituality in a morally bankrupt world.

It’s a funkier, quirkier record than that might sound. Packed full of obscure samples both musical and verbal, it suggests the pair can dig crates as deep (and smoke blunts as strong) as Madlib. There’s the kaleidoscopic shimmer of ‘Giant’, a reefer-stained run through the story of Ms. Magdalene on ‘Mary’, and a classy shift between celestial organs and hellish bass groans on ‘The Light’. On ‘Care’, the tinny reverb on the vocals almost make it sound like Jae’s speaking from within the cavernous confines of your own empty soul.

When you consider he also creates all the artwork for his records, the man is clearly prolific to the point of absurdity. Apparently he hasn’t been to any gigs in years (apart from his own of course) preferring to stay in, get high, meditate and make music.

Having that space and dedication has clearly helped him develop a strong musical focus; even if some of his tracks seem hard to pin down at first, they’re clearly the product of a strong vision. As he told The Quietus last year, his approach to hip-hop lies in treating it like classical music or jazz, “considering it as a musical form rather than a limited, formulaic, 4/4 time signature beat, because you can expand beyond that. I’m into expanding that basic hip-hop shit”. Free your mind, it seems, and class will follow. 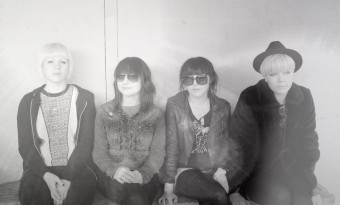 Manchester invaded London last week when the Stone Roses headlined Finsbury Park, with Smiths guitarist Johnny Marr in support. However, any headlines about the Mancunians conquering the capital had to be scrapped when the much-hyped gigs failed to sell out. Indeed, Monitors scribe Nicholas Burman managed to stroll up on the day (well, with a gammy knee and a bottle of rum stuffed down his jeans it was probably more of a hobble) and grab a ticket from a tout for fifteen quid less than the selling price. And while the headliners' set managed to make up for a dire Marr performance, it was local boy John Lydon and his well-drilled PiL who were widely deemed to have given the day's best performance. Perhaps, just perhaps, we're beginning to see the shadow of the Roses, Smiths, Joy Division/New Order, Happy Mondays and Oasis slowly start to slip away over the Manchester skyline. Granted, Shane Meadows' 'Made of Stone' documentary means that Ian Brown and the boys are still hard to avoid, but maybe this time it'll represent a curtain finally being drawn rather than yet another round of Mancunian mythologising over a flat bottle of tepid nostalgia. Surely this particular vintage has got to run dry soon? And maybe that'd be a good thing for the city itself. That shadow has proved impossible to escape for many bands, with comparisons to the city's favourite forebears the unwanted symptom many have suffered - with only Elbow really managing to avoid that fate. Yet right now there are a bunch of bands bubbling up who are more than capable of blazing their own path, such as G R E A T W A V E S, Money and this week's selection, PINS. Formed when frontwoman Faith Holgate grew tired of being the token female in a succession of lads' bands ("they wanted to have a girl in their band but didn’t want them to have any opinions or write any music," is what she told The Quietus) and struck out to find like-minded women to play with, the band have built up a real head of steam over the last year. Having released their first single themselves (on cassette, less an attempt to earn hipster DIY cred than simply not being able to afford to cut a vinyl), Bella Union quickly offered to put out their next record. With a title Prince would be proud of, the 'LuvU4Lyf' EP only increased the hype, and you imagine the label will have a fight on their hands if they want to put out the album too. While lazy gender-centric comparisons to Savages have been inevitable (and only got louder after PINS supported the band in the bizarre confines of Sways Records' Fuhrer Bunker last year), PINS are a sleeker and more restrained proposition, while revelling in similarly dark tones. "I think we all have an understanding of what we want to do with a song, without necessarily having to communicate it," is how ex-drummer Lara Williams put it, "we naturally go to the same place." The 'LuvU4Lyf' EP was an inviting brochure. Led by a love song that felt more like a confrontation, it made for a convincing statement too. 'Say To Me' exhibited their love for a descending chord progression and casually tossed in a bit of surf too - although more like the scum washed up on Morecombe Beach than some idyllic bay in Hawaii - while the lyrics were full of self-assured dominance: "I wait for you to surround me - now astound me," was Holgate's demand. Crikey. The there was 'Little Sting', a clashing, clanking number that revolved around an anguished, wailing guitar, with so much reverb on the vocals that Holgate's voice sounded like it was drifting up from a Salford sewer. The formula developed on the EP was clearly a winner: a vocal line sticking between dangerously narrow parameters and propulsive floor tom drumming driving them on, creating a simmering, steaming sound that seemed forever primed to explode. New single 'Stay True' stays, well, true to that recipe. Despite an unconventional song structure, billowing atmosphere and oddly lagging drums, everything is condensed into a mouth-watering whole, a bit like mixing the dregs of every booze bottle in your kitchen into a delicious jug of miscreant activity. While we'd prefer not to fall into the trap of comparing PINS to another all-female band, there's a definite whiff of Sleater-Kinney here, and if they can match that band's prolific early intensity then their debut album will be a treat. We recommend you attempt to pin them down at Sheffield's Tramlines festival next month...
Read More