Of all the festivals we’ve been to this year, The Great Escape was probably the most exhausting. As well as the standard business of trying to see as many bands as possible, I also had to attend talks, attempt to network (read: drink with industry people then lose their business cards), play drums for Parlour‘s second ever show and, oh yeah, embark on a relentless thirty pub crawl for a mate’s birthday. Still kind of recovering from that one.

So when I (sleep)walked into St Bartholomew’s Church to see Kari Jahnsen, aka Farao (not to be confused with the graffiti artist of the same moniker, although it’d be great if they were actually the same person), my heavy-lidded attention was immediately drawn to an empty pew at the back. Not only did it look like the perfect place to catch some much-needed shut-eye, but judging by the programme’s description I could expect to have some soothing music to lull me off to snoozetown. Perfect really; except a friend then cruelly dragged me down nearer the front before I had a chance to stretch out. Bastard.

Or not. For as it turned out, that was a smart move. While admittedly I did spend much of the following half-hour with my eyes closed, it was only out of total auditory submission to Jahnsen’s beguiling music. There was no danger of me falling asleep, but there was also no chance of me moving a muscle until that gig was over. While St Bartholemew’s is a beautiful but imposing building, and getting the sound right in such a space can be an absolute nightmare, its natural resonance lent itself perfectly to her music.

That music, much like the show, can be summed up in a simple phrase: intimacy on a grand stage. Considering Jahnsen moved to London from a tiny village in the Norwegian mountains, perhaps that combination is to be expected, while recording her forthcoming EP in Iceland (with Tunng’s Mike Lindsay) will no doubt add another dimension. We still have no release date for it unfortunately, but we hope that it surfaces as soon as sodding possible.

Until then, we’ll simply have to content ourselves with the music that is already out there. Luckily, debut single ‘Skin’ is still far from outstaying its welcome. Vocal harmonies swell like the lungs of a newborn beast, deepened by a touch of delay on her vocals and underpinned by some beautiful finger-picking. Muted drums and keyboard stabs help keep the rhythm without distracting from the melodies (as if anything could distract from melodies like these), and Jahnsen’s plaintive delivery is at its best when wrapped around lines like: “You speak of love with her in mind”.

Similar forces are at work on, er, ‘Forces’, where melancholic guitars and minimal percussion build into a gentle wave of a chorus, but it’s Queens of the Stone Age who provide the most unlikely inspiration. A crushingly lonesome take on ‘Go With The Flow’ stands alongside About Group’s ‘Walk On By’ and David Lynch’s ‘The Ballad of Hollis Brown’ as one of the best cover versions of the year. Like all the best covers, it retains the quality of the original while putting it in a completely new context, and she totally makes it her own – if you didn’t know the original you’d assume she’d written it.

Unfortunately, apart from these three tracks there’s not a lot else on offer as yet in terms of recordings, save for a couple of remixes of ‘Skin’ (Ghosting Season leads the song into a dark forest and leaves it there, while Enjoyed drags it onto the dancefloor). So there’s not much to do but wait for that EP to finally drop (and wonder whether a mooted Scatman John and Rednex influence will finally be brought to bear). Until then I’m going for a nap. Wake me up when it’s out. 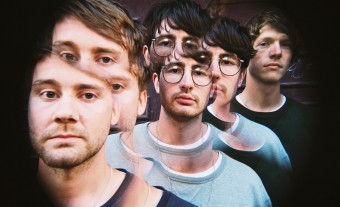