“Build me up, break me down…” goes the outro to The Darlingtons’ latest track, ‘Rotations’, which comes complete with a video that makes you think, “what if Ben Wheatley made music videos for a post-rock indie band?”.

We’ve given The Darlingtons a bit of love in the past, and for good reason. The four-piece are brooding and melodic in a world of ’90s jangles and long-haired worshipping at the feet at Cobain.

With Interpol back on the map to much applause, there should be plenty of people ready to dive into a lyrically personalised, emotionally heightened state of play – which these guys build up with plenty of noise and anthemic ‘are they playing the festivals yet?’ sort of choruses. Indeed, Great Escape attendees will be able to catch them on Thursday 8th May at the Queens Hotel at 10pm, then again the next day at the same venue at 2:30pm. They also recently got back from a stint touring Europe, where they’ll be returning later in the year.

The latest clip sees their bass player running full pelt thorugh the murky English countryside to an impending… well you’ll have to watch to find out, won’t you?

The Wands - The Dawn 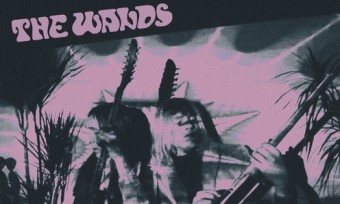 In the spirit of new beginnings, here’s 'The Dawn' by those pretty Danish fellows The Wands...
Read More