It’s frustrating, but somehow the release of AlunaGeorge‘s debut album feels a little anticlimactic, rather than the celebration it should be. Partly this is because it’s simply taken so long to arrive. ‘You Know You Like It’, their smooth, slinky single that was everything RnB should be but rarely is, was released in 2011, so summer 2013 feels like one hell of a wait. The fact that single came out on Tri Angle (the home of reclusive electronica along the lines of Holy Other, Balam Acab and The Haxan Cloak) but has ended up on an album released on Universal (home to the somewhat less reclusive Nicki Minaj and Justin Bieber) probably explains both why Body Music has taken so long to arrive, and also what an awkward position in the British music scene its creators occupy.

Initially championed by indie blogs as the British answer to RnB flavoured pop experimentalists like The Weeknd, there was a suspicion that we might have the most seductively talented UK pop act on our hands since the original Sugababes line-up (some 354 members ago). Yet retaining support from that base while trying to crack the mainstream market is an exceedingly difficult trick to pull off, and despite a slew of successful singles the album was delayed again and again. Rarely a promising sign.

The fact that Body Music consists of a massive nineteen songs (nineteen!) when you include bonus tracks also aludes to a certain insecurity. Singer Aluna Francis has talked about how recognition from the BRIT Awards and BBC Sound was a much-needed confidence boost – “I think we’re probably not very self-assured, so the verification is kind of like a crutch for us” – but it also reflects how they don’t seem entirely comfortable with the spotlight. Similarly, while producer George Reid has hailed Pharrell Williams as a musical hero, he’s also expressed jealousy towards the talents of underground producers Clark and Memotone. At his best, he manages to combine these influences in gob-smacking style. At other times, it feels like he doesn’t really know which side of the divide he belongs on.

The duo ensure the album kicks off in some style, heavily front-loading it with early singles – although the melancholy, slippery synths of opener ‘Outlines’ almost matches them for quality (seriously, I’ve never heard disco drum pads sound as mournful as they do around three minutes in). ‘You Know You Like It’ then ups the ante, followed by the similarly brilliant ‘Attracting Flies’, one of the most blithely brutal diss tracks of the century (t seems lost on the NME though, judging by a review which runs: “Aluna spoils the party by singing “Everything you exhale is attracting flies”, conjuring up the image of a man breathing faeces” – that’s the fucking point you idiots!). Then there’s ‘Your Drums Your Love’, the scattershot snares of which contrast nicely with the slightly nauseating pitched-down vocals.

Even after that rush of singles, the quality remains high for a while. If you’d have given ‘Kaleidoscopic Love’ to the Funk Brothers in 1966 you’d have had a smash hit for the Supremes, while the jerky keyboards and “do-ba-dos” of ‘Bad Idea’ are so catchy it’s actually surprising it hasn’t been released as a single itself. However, it’s around this point that the AlunaGeorge formula becomes a little predictable. There’s a definite Fanmail vibe to ‘Diver’ for instance, but unfortunately it feels like musical fan art rather than something that stands up on its own merits – the same stark electronic soul but without the casual swagger.

Similarly, ‘Lost & Found’ just feels like a misguided attempt to recapture the tacky tinctures of late nineties UK Garage. It succeeds in that it reminds me of having to listen to friends dissect the latest Heartless Crew radio set in the playground while eating fizzy snakes, but that’s not somewhere I want to particularly revisit. Fatigue starts setting in. At times it almost feels like Reid is a brilliant but drunken knife thrower, lobbing beats with a debonair panache, but not really checking whether he’s hit his target or has left Francis with a knife sticking out of her, desperately trying to put a show-saving gloss on a misplaced toss. Essentially there’s just no quality control.

Things do pick up. ‘Just A Touch’ is as bouncy and cute as an episode of Adventure Time, while the title track is a brilliant mixture of classic songwriting and eccentric production – the AlunaGeorge formula at its best. And while ‘Friends To Lovers’ feels like a low-key way to end the album proper, Francis’ ability to write easily relate-able lyrics remains in evidence: “We could be perfect / We could be useless / It could be worth finding out / We could be wasting time weeping…”.

Later she continues, “Sometimes when you look me in the eyes / You hold it for too long / And I start to blush”. Ultimately that’s what listening to this album feels like. Certainly the plethora of bonus tracks seem a little like they’ve shyly shoved them on there because they’re worried they haven’t given you enough, like a nervous Mum shoving sandwiches onto your plate. Unfortunately this means that while tracks like ‘We Are Chosen’, ‘B Ur Boo’ and their Montell Jordan cover ‘This Is How We Do It’ are great, they end up feeling weirdly superfluous. What makes these bonus tracks rather than album tracks? There’s a great ten track album here, but it’s hidden within a bloated nineteen track slog.

So where do AlunaGeorge go from here? There’s already been some cruel Twitter-sniping over the fact they’re playing a showcase at Westfield shopping centre, and it seems like after two years of hype many people are quite keen for them to fail. It’s hard to imagine why. While Body Music may not quite manage to satisfy the thirst that has demanded slaking for some time, it’s still about as good as pop music gets. And you know what? The fact that they seem uncomfortable with the attention is kind of refreshing. They should get used to it, because for the most part they actually deserve it. 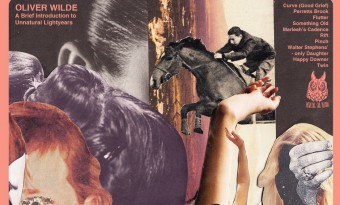