I’ve been banging on about the Bristol lot Howling Owl Records for a while now. From the rock’n’roll shoegaze of Towns to the Pixies-aping and insanely infectious Velcro Hooks, they have a roster of real gems and overlooked pop. It seems that with their latest release, Oliver Wilde‘s debut album (so good we already included it in our ‘Albums of the Year So Far’ list), they’ve finally shaken off the ‘scene’ tag and reached ‘real label’ status, which should propel future releases into a little more limelight.

Yet Wilde and his somewhat clunkily-titled debut album isn’t like anything else the label have put out thus far, something that’s apparent right from the opening track, ‘Curve (Good Grief)’. Glitchy distant sparks slowly drift in, atmospheric noise whitewashes the blank background space and synth harmonies and soft drum samples nudge the whole thing into a sun kissed place. It’s the warm, analogue sound battling against the digital bedroom producer vibes which gives the record its interesting sonic palette. His voice is distinctive only in the way it cuts a shadow-y figure throughout the record. “Picture you as me” he sings on ‘Perrett’s Book’, in a way which makes you think of Beck being harvested by Boards of Canada. Despite the fact that most of the time I have no idea what he’s saying, it cuts deep every time he says it.

The almost stomping thrust of ‘Marleah’s Cadence’ is a welcome mid-point in an album heavily in thrall with intricate minimalism. The playful guitars and woozy vocal lines sounds like a dizzy Mac Demarco after one too many spins on a waltzer. The much more restrained, acoustic guitar-heavy ‘Pinch’ asks for a lot more of your attention and rewards you for it. It’s this gloomy optimism (it really is an album of juxtapositions, one of the tracks is even called ‘Happy Downer’) which makes it perfect for days when you’re stuck in the office watching the sun go by – which at the moment is every day [where did you get all this time to sit around watching the sun, Nicholas? SEE ME – Ed].

The album is many things, but it’s certainly not as brief as the title might suggest; while only ten tracks long, each one comes in at around the five minute mark. Best to put this one on and let it simmer away in the background a few times until ready to fully digest.

I’m not normally one for things that sound like they could soundtrack my slip into the abyss, but with the heart and soul which manages to radiate from such a considered record like this I’m nearly ready to jump. Howling Owl seems to have just got a breakthrough act, Bristol just got its new poster boy and the rest of us just got one the most rewarding albums of the year. Shedding tags never sounded so sweet. 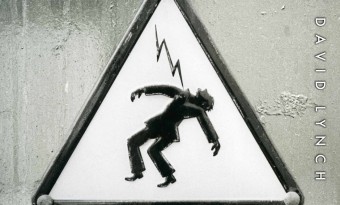 Everyone seems to describe their music as 'Lynchian' these days. On new album 'The Big Dream', the man himself shows them how it should be done...
Read More