Three years after Pom Pom, Los Angeles’ prodigal DIY songwriter and infamous performer Ariel Pink shares his eleventh studio album. Having studied visual arts, worked at a record shop and always been an extravagant character, several features have defined Ariel Pink’s music and the way he presents it over the years.

For Pom Pom he took over LA with Limo listening sessions, manicures, pizza and more, while the videos for the songs were weirdly artsy and slightly disturbing. This time the hazy retro pop auteur seems to be keeping a lower profile. He’s not styling his trademark pink hair anymore and the videos are seemingly more normal. The 15-song record has some similarities to his acclaimed Before Today, tastefully combining Brit ’80s synth new wave and ’60s Woodstock psych-folk.

The title, Dedicated to Bobby Jameson, makes reference to a ’60s rising star who stepped out of the music business after a terrible burnout and was considered dead for around 20 years. Rev-Ola Records reissued one of his records, Songs of Protest and Anti-Protest, without his knowledge and he resurfaced in 2007 to share some autobiographical posts and videos. Sadly he never got much financial recompense for his early recordings and died in 2015.

The album opens with ‘Time To Meet Your God’ – a song about being “reborn into life out of death”, in Pink’s words – which marks the beginning as well as the end of a collection of fascinating weird music that is always a pleasure to listen to.

Some of the most remarkable tracks are ‘Feels Like Heaven’, a love song reminiscent of ‘Only In My Dreams’, the ’60s nostalgia of the title track, which to some extent reminds me of Doug Hream Blunt’s ‘Gentle Persuasion’; the anthemic ‘Time To Live’ and ‘Another Weekend’, which is an instant favourite.

Inspired by The Cure (one of Ariel Pink’s favourite bands), Hollywood legends, murky romance, the acceptance of self, kitsch bubblegum artifice, R. Stevie Moore, John Waters and more; Ariel Pink keeps delivering accessible pop records. This is his first full-length on the Brooklyn-based independent label Mexican Summer, since his last record was published by 4AD, and is out tomorrow (Friday 15th September). 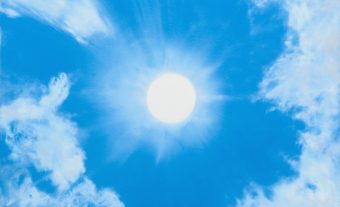 The return of LCD Soundsystem has rekindled an intoxicating fire in the heart of Eamon Murtagh - and inspired his latest 'haiku review'...
Read More