I’m used to music I like not being popular, and generally I understand why, say, Colin Stetson or Eartheater aren’t setting the charts on fire. What I do find confusing is when tracks like ‘White Noise’, which sound like perfect pop songs to these ears, don’t seem to catch fire. Luscious synths, a decent beat and an inoffensive voice singing a catchy yet understated melody, this has the potential to be a lot bigger by the time Amateur Best’s second album comes out next month. If you liked last year’s Seekae and Glass Animals records, get stuck into this. Kier Wiater Carnihan

Arca´s live show is one of the most intense forty minutes I´ve ever spent in front of a stage, and his recordings don´t do much to tone down the claustrophobia. The Venezuelan producer and occasional FKA twigs producer does manage to do more than just ´random stuff´ with his music though. While the cut-up vocal samples and squelchy drums sound improvisational, the choral keys and monotone bass tones package the whole thing in a well rounded emotional shell. Nicholas Burman

Luaka Bop’s last reissue project was the sensationally successful William Onyeabor revival, and My Name is Doug Hream Blunt could, and should, cause a similar splash. The story is that 35-year-old nurse’s aid Blunt went to a adult education class called ‘How To Form A Band’ in 1985, and proceeded to recruit his teacher and classmates in order to do exactly that. This is my personal favourite track off the album, but the whole thing is a masterpiece. If you’ve ever mistaken the likes of Ariel Pink and Dean Blunt for true originals, this will both correct your thinking and delight your ears. KWC

A collaboration between Elliphant and Big Freedia basically can’t fail to be a big, squirming sack of fun, and so it proves on ‘Club Now Skunk’. Big Freedia’s big fingerprint is all over the track, while Elliphant is genuine (and mental) enough to reassure you that this isn’t just a cynical appropriation of the Queen of Bounce’s signature sound. I should probably defer to our resident Big Freedia fan Alex Allsworth before passing verdict, but this is the most vibrant and vivacious single I’ve heard in ages. KWC

Faze Miyake feat. Family Tree – None Of That Stuff

The cold but detailed blue hue of Faze Miyake´s super-stylised press shots actually does more to explain this tune than most written reviews could (including this one, so I won´t try). The collective approach to the vocals lend the track a live atmosphere that helps embed some of the rawer Grime energy into the very clean production. NB

While Amateur Best is attempting to emulate Glass Animals, Glass Animals appear to be trying to become the new BadBadNotGood. This team-up with Joey Bada$$ seems to satisfy the needs of both parties: it takes Glass Animals out of their comfort zone and gives them a bit of much-needed edge, while their backing track has Joey Bada$$ sounding more exuberant than he has in ages. Like soya milk and orange juice, it’s an unlikely combination that works much better than it does on paper. KWC

This is pop writing at its simplest, and will no doubt date pretty quickly. Saying that, I can already feel this earworm digging into the side of my head, so I expect it´ll be on repeat quite a few times in the next couple of weeks. NB

Seeing Angel Olsen as a featured artist is a bit scary, as her Leonard Cohen croon is one of the best things about her melancholic neo-country. Luckily Rothman has enough gravelly charisma in his voice to carry most of this track by himself; the guitar and strings are warm yet uninviting, suiting the isolated lyrics and managing to help the central refrain not be quite as clichéd as it reads. It´s not quite The Mamas And The Papas, but then what is?

I’m willing to give SOPHIE another chance as his work on the new Le1f album is actually quite fun. ‘MSMSMSM’ still sounds like way overproduced nonsense to me though – give me the grizzly atmospherics of Arca over this anytime. NB

This starts off as something which wouldn´t sound out of place on Depeche Mode´s Violator, and quickly turns into a goth-synth melodrama that´s really, really encompassing. A post-rock crescendo within the confines of a electronic groove, it’s a winner for me. NB

Vulgarians seem to hold a candle for Kyuss judging by the way ‘Wet Juice’ recreates the ebb and noisy flow of the stoner legends’ track ‘Shine’. The wriggly punk breakdown two-and-a-half minutes in shows a willingness to dance to their own beat however, and an agreeably furious beat it is too. Definitely one for the ‘must see live’ list. KWC

The synths on this are so tangy they almost make you flinch, despite the track’s meditative nature. A beautiful bit of ambient minimalism, it could have you fiddling around with old analogue gear for weeks trying to recreate it. KWC

Two many cooks? A roll-call like that almost can’t help but fail to live up to expectations, and so it seems on this somewhat overcrowded Adult Swim single. You could argue that all of these artists are best consumed through albums rather than single tracks, and ‘The Lavishments of Light Looking’ definitely seems to be trying to fit too many elements into both its arrangement and its title. While the groove and production is unsurprisingly appealing, you can’t help but think this needs much, much more space to really deliver its charms satisfyingly. If someone can convince all parties to record a full-length album, then it’ll be time to get excited. KWC 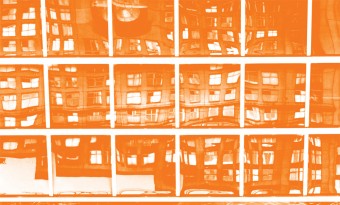 This month's EPs column could make an excellent B-movie - or an even better soundtrack to one...
Read More